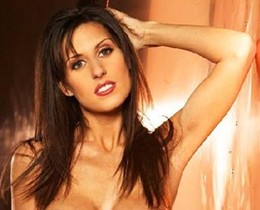 August Busch IV, who served as CEO of Anheuser-Busch prior to its acquisition by InBev, reportedly had been dating Martin for about a year before she was found dead at his suburban St. Louis mansion this month.

In many ways, the tan and buxom Martin fit his track record with women. She was a former Hooter waitress. She aspired to become a model. Specifically, she wanted to appear in beer advertisements. She was nearly twenty years his junior. (She was 27; he is 46.)

In 2006 Busch IV married Kathryn (Kate) Thatcher, a blond beauty sixteen years his junior. At the time, speculation was rife that Busch IV settled down only to be seen by his father, August Busch III (then chairman of A-B), as responsible enough to takeover the brewery. 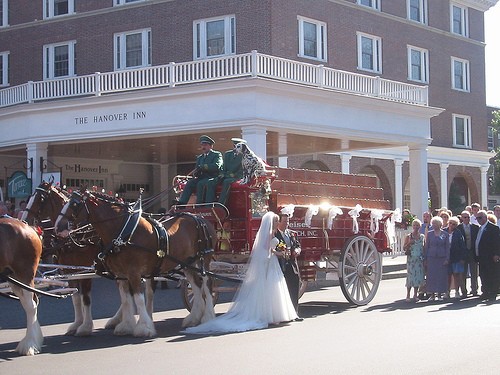 Busch IV and Kate Thatcher posing for photos after their 2006 wedding in Vermont.
Weeks after InBev officially won control of Anhueser-Busch, those rumors were pretty much confirmed when Busch IV filed for divorce. In court filings, Busch couldn't even recall where he and Thatcher had tied the knot. Moreover, it was revealed that she'd signed a pre-nup. 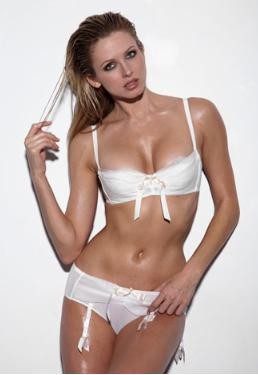 shandi.info
Shandi Finnessey
Before marrying Thatcher, Busch IV had been linked to another blond bombshell in Shandi Finnessey. A beauty queen from the north St. Louis 'burb of Florissant, Finnessey was crowned Miss USA in 2004.

Busch IV also has a thing for lesser-known sexpots. In the 1990s he said to have had a thing for a Budweiser calendar girl that led to a spanking in a Toledo hotel room. Earlier, in the 1980s, he reportedly dated an exotic dancer at PT's in Sauget, a woman by the name of Karla Stratton.

Then, of course, there's the other woman who died while in his presence. Michele Frederick was a 22-year-old bartender working at a nightclub called "Dirtbags" that Busch IV frequented as a nineteen-year-old undergraduate at the University of Arizona. In their book, Under the Influence, authors Peter Hernon and Terry Ganey describe Frederick as an attractive woman with brown hair and brown eyes.

After a night partying with friends in November of 1983, Frederick caught a ride in Busch IV's Corvette. Busch crashed the car while racing along a country road and hitchhiked home, leaving Frederick dead at the scene. Despite an eight-month investigation, Busch IV was never charged with manslaughter or any other crimes. 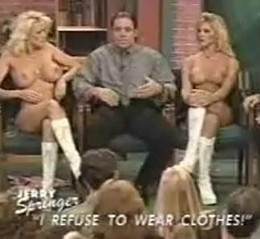 A Budweiser calendar girl who reportedly attracted Busch IV's attention later found herself on an episode of Jerry Springer.
Police didn't check Busch's blood and urine for alcohol or drugs until nearly twelve hours after the accident. What's more, the hospital somehow lost the urine sample and ruined the blood test -- making it impossible to tell whether he was under the influence when his speeding car went of the road. (Busch had admitted to drinking that night; the legal age in Arizona at the time was just 19 back then.)

Curiously, police found his wallet inside the Corvette with two driver's licenses -- one with his real age and another saying his was 23 (old enough to drink in Missouri and other states with 21-and-up laws). They also found a loaded gun in his car. When they arrived at his Tucson townhouse the morning of the accident, they discovered a loaded sawed-off shotgun on the kitchen table and a semiautomatic AR-16 rifle at the foot of his bed.

Translation: Busch IV has never been gun shy -- neither with the weapons or the ladies.