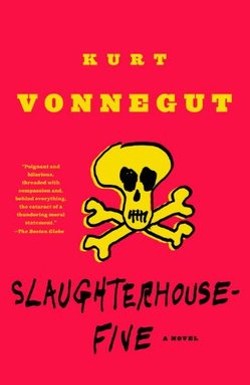 The Republic School Board apparently didn't find much to like in Minor's approach, as it voted 4 to 3 to not extend his contract. Two of his three supporters on the board have terms that expire this year, and are not running for reelection. On Monday, Minor tendered his resignation to the board; his last day on the job is June 29.

The banned books were eventually returned to the shelves, but kept in a secure part of the library where only parents could check them out on behalf of their children. That's convenient.

As for Minor's tenure, school board president Ken Knierim was quoted in the Springfield News-Leader as saying:

"I apologized for ever bringing him here. No one deserves that kind of treatment he has received...It's been a very tough year-and-a-half and Vern is moving on."

Yeah, Ken, that controversy really came out of the blue, didn't it? The guy decided to ban a revered novel that paints war as an insane and dehumanizing experience because a parent who home schools his kid filed a complaint, but the resulting outrage was undeserved.

I don't think Vern Minor is owed an apology for making small-minded decisions based on fear and "Bible concerns" and then having to reap the whirlwind. If you want to apologize to someone for Minor's tenure, apologize to the young adults in the Republic High School who were deemed too fragile and impressionable to read about war, despite many of them being old enough to go fight in one.

Or maybe just man up and say, "All this happened, more or less," and leave it at that. Of course, to make that reference, you'd first have to read a fucking book.