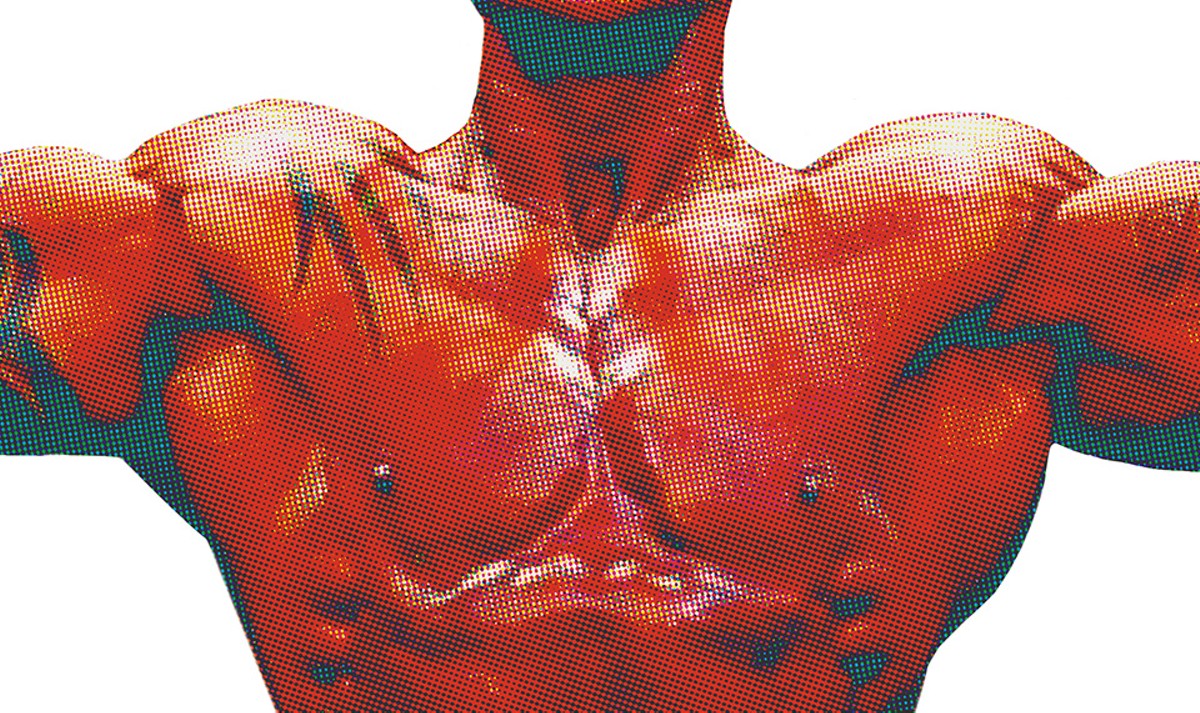 Mahir Smajic was the kind of guy people noticed.

Growing up in the Bosnian community of south St. Louis, he had become interested as a teenager in working out, and later transitioned into bodybuilding. He even competed in his twenties, and though those days on the stage under the lights were behind him, he maintained a hulking, powerful frame.

It was more than just his size and strength. The 35-year-old had a certain confidence and charisma, popping into the coffee shops, markets and bars along Gravois Avenue to chat up business owners and regulars. His easy smile and sharp jawline attracted more than a few young women, and Mahir was not shy about courting their attention. Friends concede he could be a little overconfident, and the gun he habitually carried in his waistband concerned his family, but scores of newly arrived refugees knew him as the big guy who moved donated furniture into their apartments when they didn't have anything.

"He had friends all over," says his best friend Ilir, who asked the RFT to withhold his last name. "He was full of life — that's what Mahir was."

And so it came as a shock to his friends and family this summer when they learned he had been shot to death in a rundown neighborhood in Cahokia, Illinois. Police responding to reports of gunfire at 3:30 a.m. on August 22 arrived in front of a small white house at 785 Mildred Avenue to find Mahir's GMC Yukon Denali half in the road, the back bumper extending through a neighboring fence. The big man was slumped in the driver's seat, shot in the left side of his head. In his right hand, he held a .380-caliber Glock handgun, according to a search warrant application.

Mersad says more than three months later, the family still doesn't understand why he was at that house or why he was shot. He believes his brother was ambushed and executed. Mahir was too strong, too well trained with a gun to be killed so easily, he says."If he would have seen someone coming, and they had a gun on him," Mersad says, "he would have pulled his gun and killed them — 100 percent."

Before the sun was up on the morning of the shooting, the Major Case Squad of Greater St. Louis had cranked into action to help Cahokia police with the case.

The coalition of veteran investigators from metro area law enforcement agencies began canvassing the neighborhood and interviewing potential witnesses. The first Cahokia patrolman on the scene that morning had already spoken to a neighbor who said he heard shots and hurried outside in time to see a man run behind the house at 785 Mildred.

"They are shooting out here," the neighbor told Cahokia police Officer Cody Mersman. "Be careful."

Shortly after, the officer reported, a man emerged from the rear of the house with his hands in the air. Police identified the man as Grayland Miner Jr. and said he told investigators he had been living in the basement. Miner, a 33-year-old ex-con, told Mersman he heard multiple gunshots and came outside where he saw the Denali had crashed into the fence across the street. When Mersman checked the SUV, he noted two bullet holes through the window. Mahir had been shot near the temple, authorities say. Police believe he was backing out of the house's driveway when he was killed.

"At this time we're still in the beginning of the investigation, trying to determine what the victim was doing here in town, who he met with and who caused his death," Fleshren said at a news conference in the Cahokia Police Department. "We are developing leads as we speak."

Five days later, on August 27, police provided an update in the case. The Major Case Squad announced in a news release that investigators had identified a "person of interest" and had already taken him into custody on August 25 in Godfrey, Illinois. But when they handed their evidence over to the St. Clair County state's attorney, prosecutors refused to issue any charges.

However, the situation quickly changed. About three hours after the first news release, the Major Case Squad announced prosecutors had now completed a review and would be charging their suspect after all. The suspect's name was Celdre Ross, 24, whose address was listed in court papers as Godfrey but, according to police, stayed at 785 Mildred. Prosecutors had not charged Ross with the actual killing, only with being a felon in possession of a gun. He was jailed on $50,000 bond and has been locked up in St. Clair County jail ever since. In late November, prosecutors added a second charge, aggravated unlawful use of a weapon. Assistant State's Attorney Chris Allen, a spokesman for the office, declined to discuss the reasoning behind the charges or specifics of the prosecution, given that the case has yet to go to trial. Speaking generally, he says prosecutors can only charge crimes if they have strong enough evidence to convince a "reasonable trier of fact" an incident happened.

Cahokia police, who have resumed control of the investigation, did not respond to a request for comment. Ross' attorney also did not respond to phone messages. However, Mersad says detectives told his family that Ross confessed to pulling the trigger but claimed to have fired in self-defense.

"My brother is dead, so he can't talk," Mersad says. "But the other guy can say whatever he wants."