St. Louis has been a welcoming home to tens of thousands of Bosnian refugees who fled their southeastern European home of Bosnia and Herzegovina in the early '90s, as a result of the breakup of Yugoslavia and the ensuing Bosnian War. And while the national team -- making its first World Cup appearance ever next summer -- lost 2-0 to an Argentinian team that's expected to challenge for that World Cup in Brazil (thanks to two goals from an in-form Sergio Aguero), just about 99.9 percent of the 30,000 or so fans at Busch Stadium for the international friendly were loud-and-proud Bosnians.

Fans light a flare in the stands.

Vedad Ibisevic, a Roosevelt High School graduate, and striker for the Bosnia and Herzegovina national team.

Sergio Aguero, one of the top players in the English Premier League recently, scored two goals for Argentina to seal the win -- and kicked a Bosnian player when the referee wasn't looking. 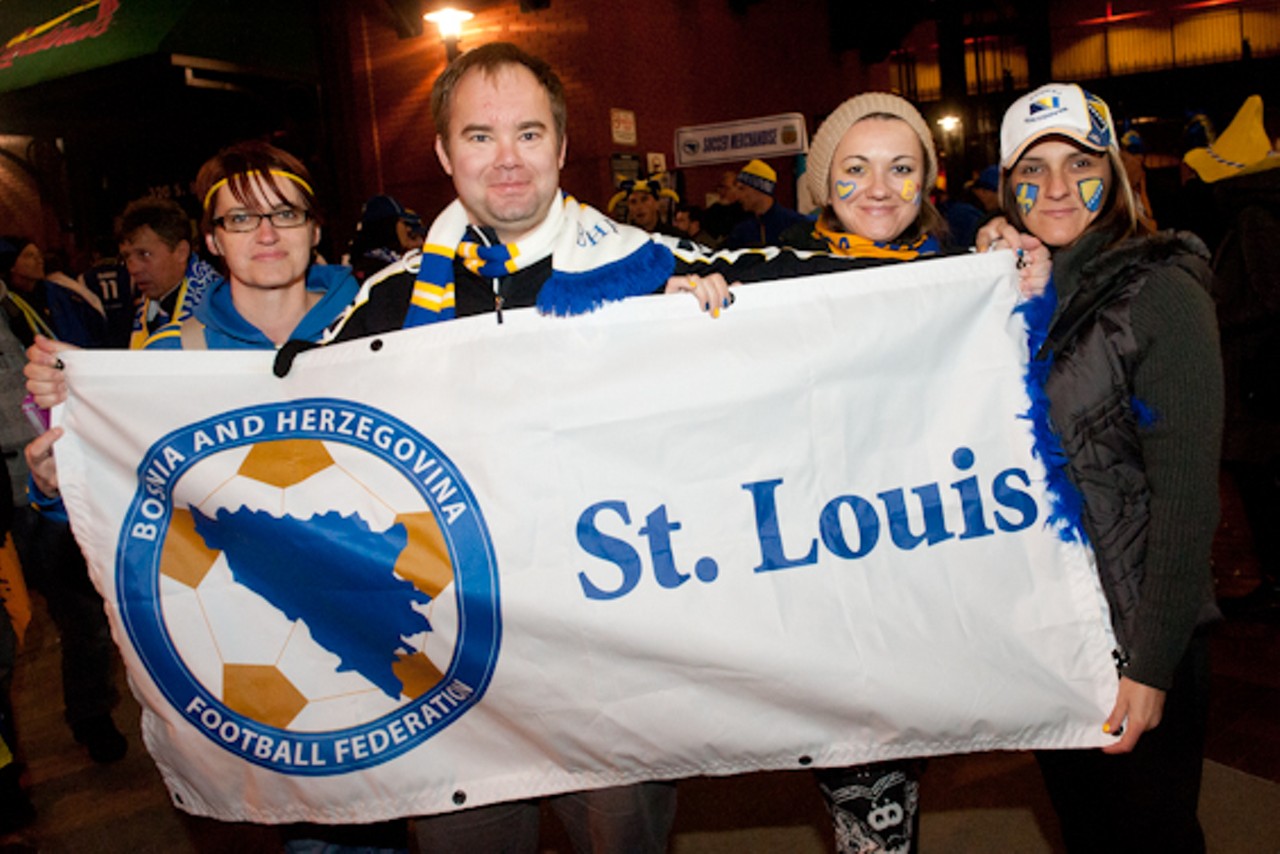