How Great Thou Art: Two decades in, MOCRA remains a force 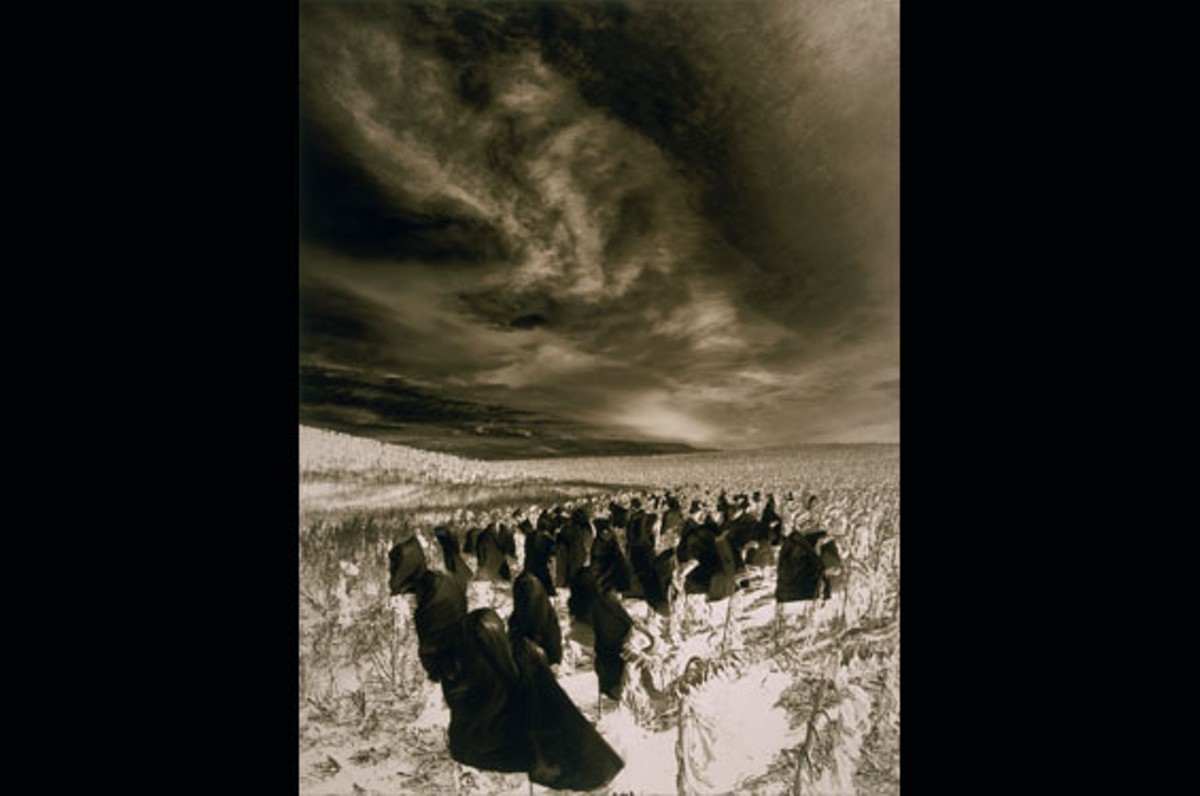 How Great Thou Art: Two decades in, MOCRA remains a force

Twenty years ago the idea of creating a museum devoted to contemporary religious art that was relevant seemed like a long shot — one that would inevitably lead to gift-shop crucifixes and Shroud of Turin T-shirts.

The art market had grown white hot in the 1980s, a fact underlined in 1990 when Vincent Van Gogh's Portrait of Dr. Gachet sold for a record $82.5 million. But as a Jesuit studying art history in California, Terrence Dempsey saw a quiet strain emerge within this excess. Artists, disillusioned with the cult of celebrity, were making risky works that grappled with the spiritual dimensions of their calling. They had no organized movement or manifesto. They certainly didn't have galleries, let alone a museum. But as Dempsey continued to mine this peculiar vein, he returned to St. Louis with the idea of creating the Museum of Contemporary Religious Art — thought to be the country's first such institution.

Now celebrating its 20th anniversary, MOCRA has become one of the city's finest galleries, consistently presenting edgy shows where contemporary art meets modern spirituality. Dempsey has commemorated this milestone with Thresholds: MOCRA at 20 Part Two: The Second Decade, the celebratory second installment of the museum's two-part retrospective. During its inaugural decade (surveyed last year), MOCRA presented the city's first installation of Andy Warhol's Silver Clouds, as well as exhibitions by Georges Rouault and Keith Haring. Its second decade, as the current show attests, was no less ambitious, as the museum showed the works of proto-abstract expressionist Arshile Gorky, as well as artists DoDo Jin Ming, Jordan Eagles and Oskar Fischinger.

Of course, not every show can be a success, and that makes a survey like Thresholds an inherently uneven proposition. Broad but shallow, the show is punctuated by challenging works of sublime beauty and obvious ones of tiresome literalness. What's more, shifting market dynamics, artists' changing gallery affiliations and basic physical logistics mean that works from some of the museum's best exhibits from that past decade didn't make the cut.

Nevertheless, Thresholds offers much to admire, such as DoDo Jin Ming's Behind My Eyes — 2nd Movement, a haunting black-and-white photograph printed in negative that depicts a field of sunflowers against a brooding sky. Only here, researchers have placed hoods over many of the stalks, lending the plants a ghostly appearance — like that of religious pilgrims, or refugees fleeing some gathering menace. The image places us firmly in the presence of the sublime, and the effect — deeply beautiful, even awe-inspiring — is also terrifying.

Likewise, Jordan Eagles' magnificent URBC5 incorporates different densities of blood, copper and Plexiglas to create a vivid, multi-layered work that transits between the physical and the spiritual, evoking questions of mortality and transformation.

Other works are less abstract, such as Jim Morphesis' Morpheus I, a large canvas built up with an impasto so thick it is nearly sculptural. From a distance, the painting shows a human skull — a memento mori in the classic tradition. But step a little closer and the figure dissolves into a riot of turbulent brush strokes, cloth and cardboard. The painting takes this classic meditation on mortality one step further, actually performing its function as the skull decomposes into abstraction.

As impressive as many of the works are, others, like Helen David Brancato's Crucifixion — Haiti, or Romare Bearden's Mother and Child are less exciting for their bald adoption of a literal religious vernacular.

But these are minor distractions, and overall Thresholds serves as a strong reminder that even as the art market reaches dizzying new heights, MOCRA remains as relevant, if idiosyncratic, as ever.