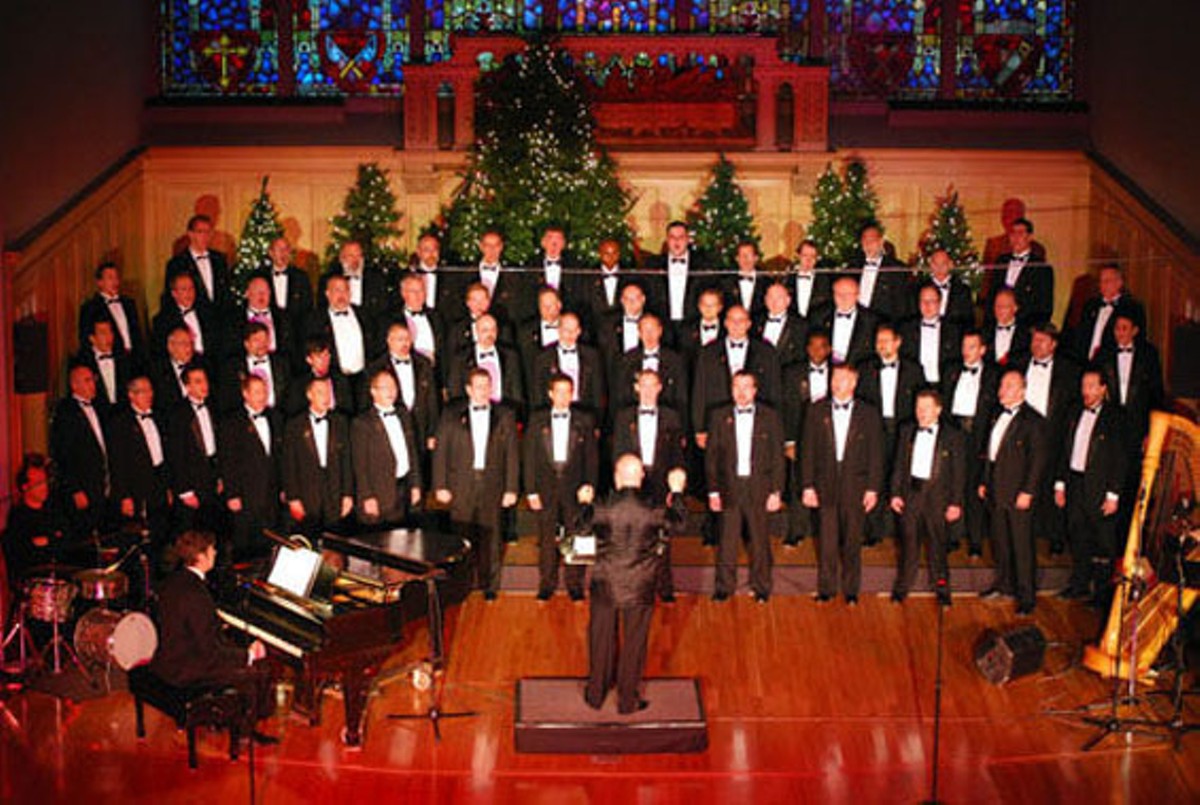 Click here to return to the Spring Arts Guide index Applaud, My Friends
Over the last decade, the University of Missouri-Saint Louis has become an unlikely beacon for culture in St. Louis. The school houses the city's NPR affiliate, hosts a beyond-impressive jazz festival and employs the world-renowned Arianna String Quartet as faculty. The group could have treated its May 4 concert at the college's Touhill Performing Arts Center (One University Boulevard; 314-516-4949) as an end-of-semester bash, but instead assembled a rather dark program. Famous Last Words showcases works written by composers as they approached death. The material itself is less morbid than the concept, with the buoyant pair of Mendelssohn's Andante and Scherzo, Op. 81 and Beethoven's Quartet in F Major, Op. 135 sandwiched around Bartók's knotty Quartet No. 6. Naturally, these pieces will shine in the expert hands of the nimble octopus that is the Arianna String Quartet, making this is an event not to be missed — even if it's the last thing you do. — Ryan Wasoba Love Is a Mixtape
New Line Theatre brings its production of High Fidelity, a modern love story adapted from the Nick Hornby novel, to the Washington University South Campus Theatre (6501 Clayton Road, Clayton). It went worldwide more than a decade ago when the novel was adapted into a film starring indie dreamboat John Cusack, and though the film was stellar, the soundtrack is so essential to the story that it seems made for a musical. Protagonist Rob owns a record store, and everything in his life relates to music — especially his relationships with women. As he struggles and makes changes, music is the glue that holds his life together, to the extent that it becomes a character in and of itself. The show makes references to a range of entertainers (Bruce Springsteen, Talking Heads, Marvin Gaye, Snoop Dogg, Billy Joel, etc.), and music nerds will get a little extra entertainment out of this show — it's sprinkled with in-jokes and nods to geekdom. High Fidelity takes the stage at 8 p.m. Thursday through Saturday, May 31 to June 23. For tickets and more information, visit www.newlinetheatre.com or call 314-534-1111.— Jaime Lees Thank You for the Music
The Gateway Men's Chorus marks the last official weekend of spring with hot sounds from the coolest Swedes during ExtrABBAganza. The chorus has promised to turn the Edison Theatre at Washington University (6445 Forsyth Boulevard; 314-935-6543) into the hottest disco in town with classics like "Mamma Mia," "Waterloo" and, of course, "Dancing Queen." The 80-member chorus isn't just concerned with having a dancing good time. ExtrABBAganza continues its tradition of promoting gay culture, honoring the musical heroes of the community in hopes of reaching people who might not get their message of acceptance otherwise. This show marks the end of the chorus' yearlong 25th anniversary celebration. ExtrABBAganza takes the stage at 8 p.m. on Friday, June 15, and Saturday, June 16. Tickets are $20 to $25, and they're available at gatewaymenschorus.org. — Robin Wheeler Classical Conversations
If violins and their kin could talk, the Missouri Chamber Music Festival 2012 would certainly host exceedingly intimate and intellectual conversations among strings, keys and woodwinds. For three nights this summer, small ensembles consisting of nationally recognized musicians showcase classical works from the likes of Brahms and Beethoven as well as new, commissioned works. Small ensembles of trios, quartets and quintets make up professionally trained panels during the program. Listen to the intertwining sounds of socializing strings, conversing clarinets and twinkling keys as they deliberate delicate scores. The First Congregational Church of Webster Groves (10 West Lockwood Avenue, Webster Groves) serves as the "chamber" for the three evenings of the event with a backdrop of stained glass and closely confined quarters making way for cozy listening. The festival takes place at 5 p.m. on June 21 through June 23. General admission costs $20, with senior and student pricing available for $15. Call 314-882-0053 for more information. — Mabel Suen Loud and Proud
A parade without a marching band is like a club sandwich without a frilly toothpick. Enter BandTogether, the perfect accessory to the ever-growing PrideFest St. Louis. BandTogether is in its fifteenth year as the city's premier volunteer GLBTA concert band. The group hosts concerts year-round at the Scottish Rite Cathedral on Lindell Boulevard, but its most public gig every year happens on South Grand Boulevard (between Utah Street and Tower Grove Park). This ragtag band makes PrideFest's most joyful noises and gives the spectacle some credibility in the cutthroat local parade scene — we hear those Shriners can get pretty tough with their little cars. BandTogether will be far from the only posse of out and out-there folks making a scene this PrideFest, but with a full color guard giving visual flair to the punchy percussion and brass, it's likely to be the only group twirling and tossing and catching its freak flags in well-rehearsed unison. Catch the free show at noon on Sunday, June 24. — Ryan Wasoba Whole Lotta Rock
The St. Louis Symphony Orchestra continues its push to lure younger music fans into Powell Hall with rock and classical hybrids. First, the orchestra will be joined by vocalist Randy Jackson for the Music of Led Zeppelin on Friday, May 11, at 7:30 p.m. A blend of rock and classical instruments, Windborne Music has been staging its Zeppelin tribute since 1995 while adding other classic-rock symphonic programs to its repertoire. Tickets range from $30 to $73. On June 22 the Beatles join the orchestra (sort of). Classical Mystery Tour brings a look-alike Fab Four to play with the orchestra, offering a Beatles experience that includes "Penny Lane" with a trumpet section and the symphonic psychedelia of "I Am the Walrus." This performance sold out in St. Louis two years ago, so drop the $35 to $75 on your ticket posthaste. For tickets and more information visit www.slso.org. — Robin Wheeler
Scroll to read more Arts Stories & Interviews articles (1)
Join the Riverfront Times Press Club