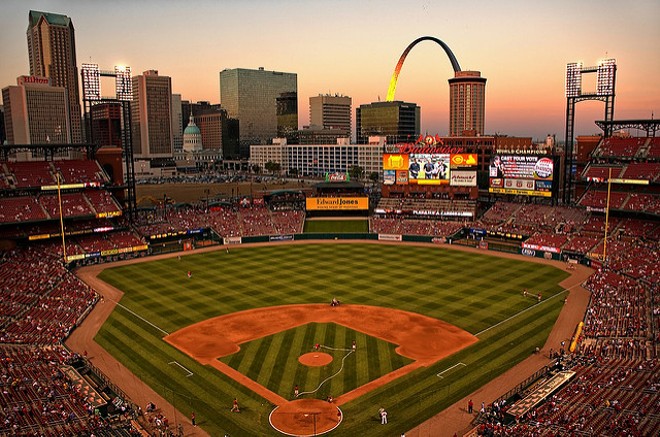 Photo courtesy of Flickr / Joe Pennisto
Cardinals fans have long labeled themselves as "the best fans in baseball." Now they have an actual ranking to prove it.

And St. Louis ranked as No. 1, naturally.

"St. Louis and the Cardinals are synonymous. What other team and city can say that?" the post reads. "Sometimes it is just as simple as that. The 'Best Fans in Baseball' might not always be self-aware — no fan base is, though — but they're all-in on the Cardinals. You can't question that kind of loyalty."

San Franciso landed second place, followed by Chicago, Boston, Baltimore and New York. Anaheim came in last, but that still isn't that shabby — this is a list of all the best baseball towns, after all. Pittsburgh, Seattle, Milwaukee, Minneapolis, Washington, D.C., and Philadelphia didn't even make the list.

The list was published the same day the Cardinals had some fans fuming over a post on the team's official Facebook and Twitter accounts promoting an upcoming giveaway. The tweet read, "You love baseball, she loves jewelry. On May 17th, it's a win-win," in reference to a replica championship ring. Replies critiquing the post's sexism came fast and furious, and it was later deleted.

So, yeah, the jewelry reference was bad. But at least we can all agree we love baseball?