This week, we're predicting that all you'll want to do is listen to some music, drink some beer, look at some art and maaaybe throw on some shoes and go for a run. That's good because it's all that's going on this week. But that's OK — since all of these events are gems.

Since you're having a chill week, go ahead and load up the weekend. Make it wild: 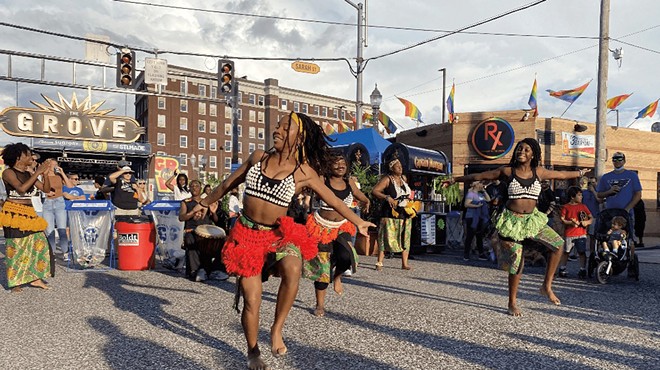 The Best Things To Do in St. Louis During the Weekend, September 30 to October 2: Check out GroveFest, Blacktober Fest, Donut Fest and more

The Missouri History Museum (5700 Lindell Boulevard, 314-746-4599) always throws some of the best parties of the summer. Their Twilight Thursdays series is not to be missed: Not only is it free, this outdoor concert series always brings the party. The entertainment is top-notch and the food options are, too. On Thursday, pack up your picnic baskets and your lawn chairs and roll on over to the Missouri History Museum to catch a musical performance honoring Prince and the music of Minneapolis-St. Paul. You can sway to the sweet sounds of the Purple One while enjoying great eats and good treats from food vendors such as Cafe STL by Pure, Sandi Daniels Ice Cream and Farmtruk STL. The show runs from 6 p.m. until 8 p.m. and the whole family is invited — even your dog (as long as it's well-behaved and leashed). Visit mohistory.org/twilight-thursdays for more information. 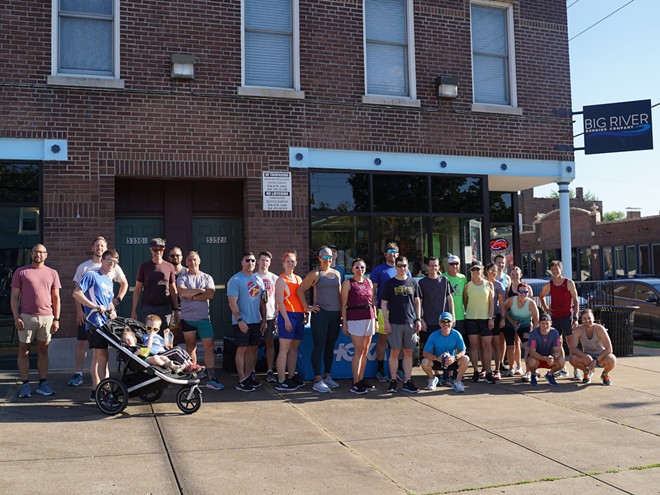 With the hot weather seemingly making tentative steps toward abating, now is a great time to get outdoors right before sunset to run a few miles. If you're looking to get into a new running routine or if you're already logging miles but just wanting to meet some similarly enthused folks, the Big River Running group runs have you covered. The University City group offers a three mile and a six mile route, and the South City meetup has three options: a three, four or seven (if you're feeling adventurous) mile route. The event is open to runners of all speeds, including those who would prefer to walk. The U City meetup begins at 5:45 pm at 606 North and South Road and the South City run at 5352 Devonshire Ave.

The pandemic may put church cafeteria trivia nights into an indefinite coma, but Schlafly refuses to let this uniquely St. Louis tradition die. On Tuesday, the beer company's downtown west location (2100 Locust Street, 314-241-2337) hosts its weekly Tap Room Trivia Night, where you can test your knowledge of useless, esoteric facts while proving that you are, indeed, the smart one in your friend group. The free event begins at 7 p.m., and though you won't be able to bring your own crock pot of Buffalo chicken dip, you will be able to purchase food and drink on site. For more information visit schlafly.com.

You've heard of Ansel Adams, of course. But have you heard of Ernest H. Brooks II? He's been called "the Ansel Adams of underwater photography" — and if you thought capturing nature's majesty on two-dimensional film was difficult, just try doing it underwater and in flippers. The California native excelled at photographing life underseas in glorious black and white before his death at age 85 in 2020. This summer, Grand Center's International Photography Hall of Fame and Museum (3415 Olive Street, 314-536-1999) is displaying 35 of Brooks' beautiful images in a show fittingly named for his seminal first book. Silver Seas: An Odyssey is only on display until Saturday, October 22, so the next few weeks are now or never if you want to get up close with sharks, seals and oceans of kelp. The exhibit is included with museum admission, which is free to members and veterans, $5 for students and seniors and $10 for the rest of us. See iphf.org for details.

Have an event you’d like considered for our calendar? Email [email protected] riverfronttimes.com.