The Best Things To Do in St. Louis During the Weekend, September 9 to September 11

There's something for everyone this weekend

DAVID KLOECKENER
The Saint Louis Art Fair brings art, music, food and merriment to Clayton.
This weekend in St. Louis shines with a diversity of stuff to do. From visual art at the Contemporary Art Museum and the return of the Saint Louis Art Fair to a native plant sale to a 911 storytelling event from Forward Through Ferguson, we've got it all in the Lou. Start planning your weekend, but don't forget about the weekday events: 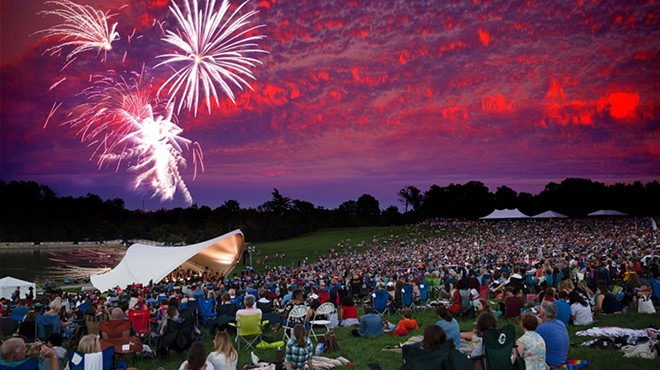 The Best Things To Do in St. Louis During the Week, September 8 to September 14: Check out some music this week

From 2000 to 2016, the art world in Puerto Rico was rocked by a series of exhibitions. PR Invitational, Gran Tropical Bienal and Cave-In pushed the country's art scene in new and independent directions, giving birth to a self-reliant gallery community. The Contemporary Art Museum St. Louis (3750 Washington Boulevard, 314-535-4660, camstl.org) is remembering those seminal art exhibitions and the works that changed a nation with We didn't ask permission, we just did it... The exhibit — guest-curated by Christopher Rivera and Manuela Paz, founders of Embajada, a San Juan-based gallery — draws on the archives from each of the three seminal exhibits. The exhibit opens Friday, September 9, at 6 p.m. and runs through Sunday, February 12, 2023. Admission is free.

Love Is in the Art

The Saint Louis Art Fair (saintlouisartfair.com) returns to downtown Clayton this fall. This year's fair features hundreds of artists, both local and national, selling their wares; a huge area for kids to make art; and local music acts on the art fair's independent artist stages. You might see people being especially assiduous looking at the art; those are probably jurors. The fair is also a contest with some artists taking home top prizes. Whether you're in the market for some new work for your home or office or just want to munch on great eats from area food vendors, the event offers something for everyone. The Saint Louis Art Fair is Friday, September 9, from 5 to 10 p.m.; Saturday, September 10, from 11 a.m. to 10 p.m.; and Sunday, September 11, from 11 a.m. to 5 p.m. in downtown Clayton. Admission is free. 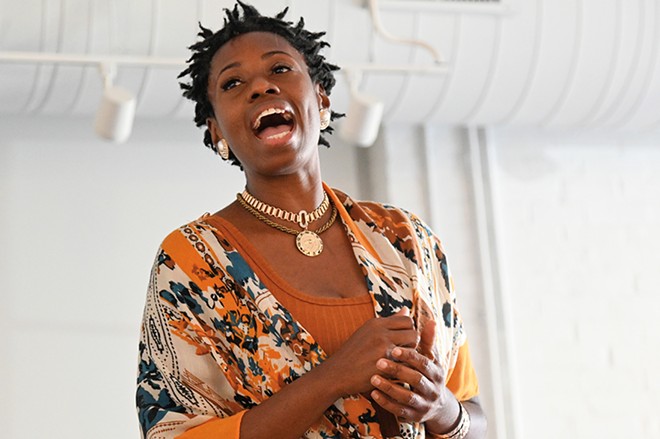 The numbers "911" can be a safety net, a call for help, the first phone number you teach your kids. They can also be a threat, a source of angst, a source of tragedy. Recognizing the relationship between institutional and systemic racism and our emergency response systems, Forward Through Ferguson has launched Transforming911, a community movement aimed at reimagining the area's public safety by thinking through its emergency response system. This Friday, September 9, the organization will host its second meetup of its #Transforming911 Storytelling Event & Photo Exhibition Series, where residents are invited to share their experiences with calling 911 through oral and visual storytelling in partnership with Humans of St. Louis. Attendees are encouraged to share their perspectives on the system as well as provide ideas for how the area can implement positive change. The free event takes place from 6 to 8 p.m. at the Thomas Dunn Learning Center (3113 Gasconade Street, 314-353-3050). Attendees are encouraged to register via Eventbrite.

For its second year, Music at the Intersection (musicattheintersection.org) will see more than 50 acts converge on Grand Center, with neo-soul singer Erykah Badu and blues-rock guitarist Gary Clark Jr. topping the bill. St. Louis' premier festival of soul, jazz, blues, hip-hop, rock and everything in between will also feature performances from Hiatus Kaiyote, Kamasi Washington, Buddy Guy and Robert Glasper, as well as a slew of St. Louis-based acts including the Urge, Foxing, NandoSTL and more. The festival will take place across four outdoor stages in the Grand Center Arts District on Saturday, September 10, and Sunday, September 11. Tickets range from $69 for a day pass to $129 for the full weekend, with VIP options that can go as high as $650.

Landscaping with native plants is one of the simplest ways that St. Louisans can help native wildlife and pollinators, prevent water runoff and improve air quality. In addition, plants inherent to the region tend to be lower maintenance and suited to whatever problem areas your garden might hold. You can pick up those vegetal stars at the Native Plant Sale, hosted by Grow Native and the Missouri Prairie Foundation. Held at the World Bird Sanctuary (125 Bald Eagle Ridge Road, Valley Park; 636-225-4390), the event will feature wildflowers, grasses, shrubs, trees, vines, sedges and seeds from Gaylena's Garden, Ozark Soul Native Plants, Papillon Perennials and River City Natives. The event runs from 10 a.m. to 2 p.m. Saturday, September 10, and has an $8 entry fee.

Kick off your Saturday with a pub crawl with your best friend: your dog. As is only appropriate, Dogtown will host its first-ever Dogtown Pup Crawl. Proceeds will benefit St. Louis–area nonprofits that support animals, including the 50 Roses Foundation, Stray Paws Adoptables, the Feral Companion, Dogs for Our Brave, Stray Rescue of St. Louis, Animal House Cat Rescue and Adoption Center, and the Animal Protective Association. Attendees will receive a special event beer mug or wine glass (based on the drinker's preference) and will then be able to make their way through the neighborhood with their best friends, stopping at pubs and other surprise locations and filling up a paw-port along the way. The event kicks off at noon in downtown Dogtown (6401 Clayton Road), and tickets are $30 on Eventbrite. 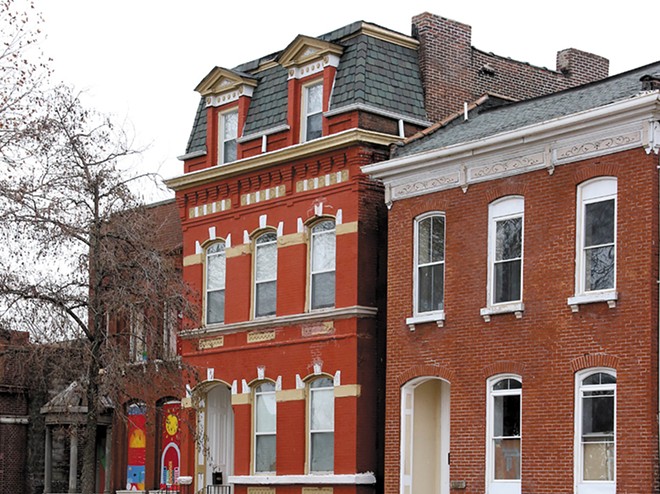 Filled with historic architecture, Lafayette Square is one of the prettiest neighborhoods in St. Louis, and there's no better way to take in its sights than by running as fast as you can up and down its streets. The first annual Lafayette Square Patriot Day Race is the perfect opportunity to do that while raising money for a worthy cause: BackStoppers, Charter Athletic League and the Lafayette Square Neighborhood Association. The top three men and women will be taking home prize money, but the mile-long race is great for novice runners as well. Every runner over 21 gets a free cocktail or beer after crossing the finish line. Packet pickup and same-day registration begins at 6:30 a.m. at 1800 Park Avenue (Fountain Plaza), with a ceremonial military and first responder run at 7:50 a.m. The pro competition starts at 8:10 a.m. with the fun run kicking off 15 minutes later. Race entry costs $30.

Have an event you'd like considered for our calendar? Email [email protected]