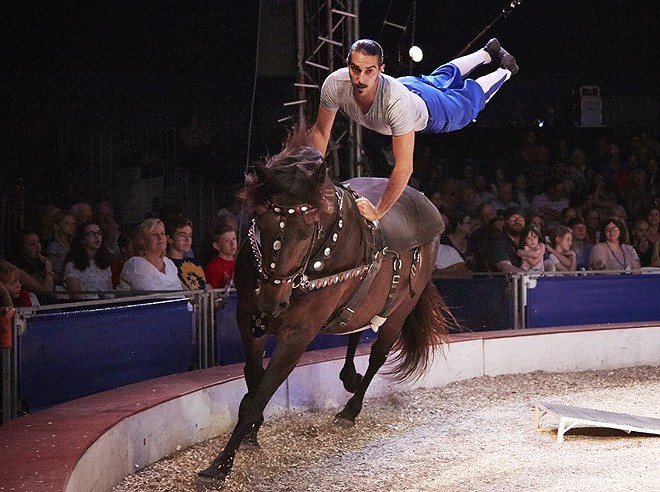 It's a busy weekend of weird films, festivals and the start of the Muny's summer season. Get out there and enjoy it all.

1. Art for All
More than 100 artists working in all media will set up tents this weekend on the grounds of Eden Theological Seminary (Lockwood and Bompart avenues) for the Webster Arts Fair (www.websterartsfair.com). Painters, ceramicists, fiber artists and more will sell you their works while you enjoy some time outside and a little snack (sold on site by Bayou Seasoning & Catering, Ices Plain & Fancy and Mission Taco Joint, among others). Three stages of live music will feature performances by Jake's Leg, Dizzy Atmosphere, and Roland Johnson and Soul Endeavor throughout the weekend. If all that art gets your creative juices going, Yucandu Art Studio will have free and low-cost projects you can make, while Music Folk, the Craft Alliance and the Weavers Guild of St. Louis and Missouri Fiber Artists will offer demos and short lessons on the tools of their respective trades. The Webster Arts Fair takes place from 6 to 10 p.m. Friday, 11 a.m. to 9 p.m. Saturday and 11 a.m. to 5 p.m. Sunday (June 7 to 9). Admission is free. 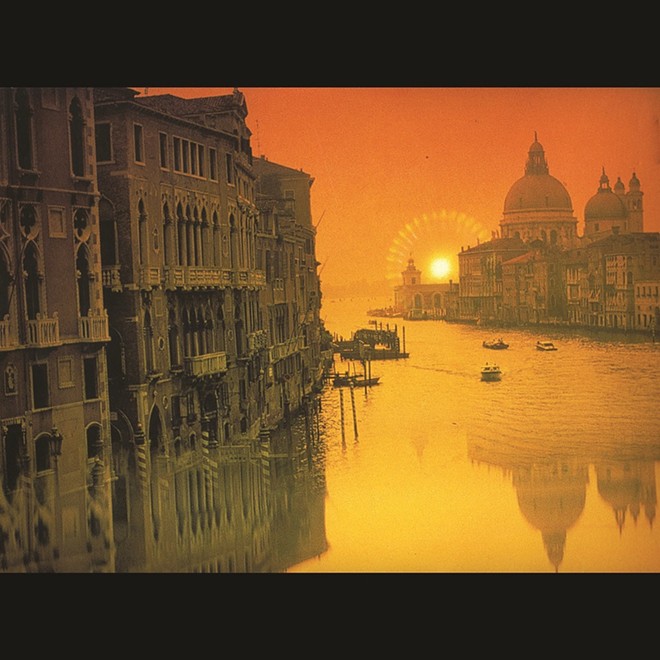 2. Man's Best Friend
Greg is middle-aged and restless, particularly when it comes to his job, which he's tired of. When he finds a stray dog in the park, he names her Sylvia and brings her home. His wife, Kate, is not as smitten with the dog as Greg, but reluctantly agrees to let her stay for a few days while they figure out what to do. In this little window of happiness, Greg and Sylvia enjoy long walks together while Greg tells Sylvia his life story and avoids work, all of which alienates Kate. Can their marriage survive another woman, even if she is a dog? A.R. Gurney's Sylvia is a comedy about the importance of really connecting with someone — dogs, wives, husbands, whomever — in which the dog is played by a human woman for comedic and empathetic reasons. Stray Dog Theatre presents Sylvia at 8 p.m. Thursday through Saturday (June 6 to 22) at the Tower Grove Abbey (2336 Tennessee Avenue; www.straydogtheatre.org). Tickets are $25 to $30.

3. The Cocktail Hours
If you fancy a drink (and the other way around), the CWE Cocktail Party has what you need. From 5 to 10 p.m. Saturday, June 8, on Euclid Avenue between Maryland and McPherson (www.cwecocktailparty.com), there will be a cocktail competition, as well as live music by Rum Drum Ramblers, Disco Nites and other local bands. Neighborhood bars and restaurants will be selling celebratory drinks and food to keep you going. Admission is free.

4. Clean-Up in Aisle 6
Circus Flora is an established St. Louis summer tradition, up there with Ted Drewes and baseball. The one-ring circus returns with an all-new show about a trip to the grocery store — but not just any store. In The Caper in Aisle 6, an ancient substance of great power has been lost for ages; now it's been found in the aisle of a local supermarket. Acrobats, aerialists, trapeze artists and daredevils try to uncover the secret behind the substance, with breathtaking results. The Caper on Aisle 6 officially opens at 7 p.m. Saturday, June 8, at the Circus Flora Big Top in Grand Center (3401 Washington Boulevard; www.circusflora.org). The show continues Tuesday through Sunday through June 30, with a sensory-friendly performance on Thursday, June 20. Tickets are $10 to $60. 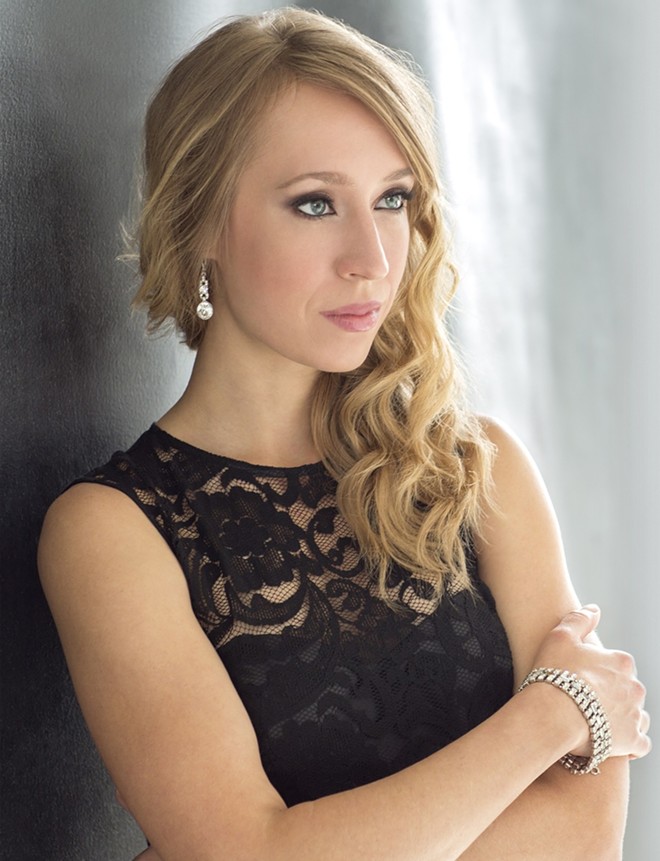 5. When in Rome
Claudio Monteverdi's The Coronation of Poppea is one of the earliest operas, originating in 1643. Inspired by history, Giovanni Francesco Busenello's libretto depicts a power struggle in ancient Rome, and all of the principal characters are morally corrupt. Nero sits upon the throne with his wife Ottavia, but he shuns her company for Poppea, his mistress. Poppea has herself thrown over her suitor Ottone for the emperor, and the jilted lover vows to kill her — but he can't. Ottone still loves Poppea. Unfortunately Ottavia orders the lovesick Ottone to kill Poppea so the empress can retain the affections of her wandering husband. Poppea is a woman who gets what she wants, but does she deserve to get it? (And why does she think Nero won't tire of her someday?) Opera Theatre St. Louis presents the unapologetically bloodthirsty thriller The Coronation of Poppea at 7 p.m. Sunday, June 9, at the Loretto-Hilton Center (130 Edgar Road; www.opera-stl.org). Tickets are $25 to $129, and the opera is performed five more times in repertory through June 28.

6. Luck Be a Lady
You wouldn't think a hard-boiled sportswriter could inspire a classic musical, but Damon Runyon was no ordinary man. His sideline for many years was spinning stories about the gentlemen and ladies of the New York underworld, all delivered in a stylized manner, with much slang and no past-tense verbs. It's these stories of gamblers, chorus girls and mob enforcers that inspired Guys and Dolls, with music and lyrics by Frank Loesser and a book by Jo Swerling and Abe Burrows. Nathan Detroit runs a floating craps game in need of a safe location for the next game, but he's broke. If he can win a cool $1,000 off inveterate gambler Sky Masterson, Nathan will have his stake to arrange the craps game. The bet is simple: Sky must take a dame to dinner in Havana — and Nathan gets to select the lady. He chooses the pious missionary Sarah Brown, and Sky takes the bet. What follows is race against time, heavy-handed cop Brannigan and real love. The Muny opens its summer season with Guys and Dolls. Performances are at 8:15 p.m. Monday through Sunday (June 10 to 16) at the Muny in Forest Park (www.muny.org). Tickets are $15 to $105.

7. Wars, Among the Stars
The 2017 sci-fi film Star Raiders is subtitled The Adventures of Saber Raine, which should tip you off to its pulpy tone. Saber Raine (Casper Van Dien) is a stellar adventurer of no small renown. He's hired to lead a trio of soldiers to a distant planet in order to rescue a prince and princess from captivity. Once on the planet, Saber and the soldiers discover that a bad dude named Sinjinn has been freed from prison and plans to use a new energy source to exact his long-simmering revenge on the descendants of his former jailers. The RiffTrax crew rip their way through this very recent bit of slightly derivative genre fiction as part of their summer assault on cheesy movies. You can see Star Raiders at 7:30 p.m. Tuesday, June 11, at the AMC Chesterfield 14 (3000 Chesterfield Mall, Chesterfield; www.fathomevents.com). Tickets are $13.59.