20 Unholy Recipes: Dishes So Awful We Had to Make Them 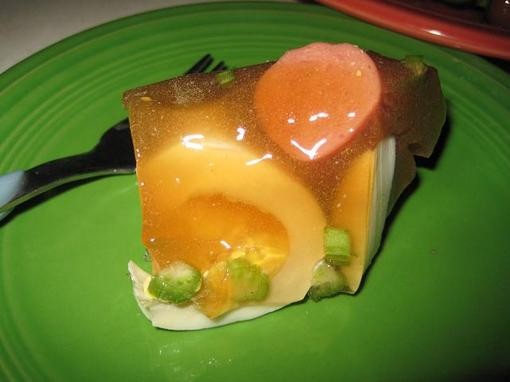 From 2009 to 2010, freelance food writer and chef Robin Wheeler combed through old cookbooks to try her hand at recipes that had been popular in the middle of the 20th century, but had since fallen badly out of favor.

The results were inspiring .... albeit mostly in terms of what not to do.

We rounded up twenty outtakes from Wheeler's project, showing what happens when a professional chef meets the deadly processed concoctions of 1960s-era mass market cookbooks. Take a deep breath, brace your stomach, and prepare for a journey back in time, to an era when food neither tasted good nor looked it.

To give a terrifying hint of what is it to come, we'll dive right into No. 20, pictured above and below ... "Jellied Bouillon with Frankfurters." 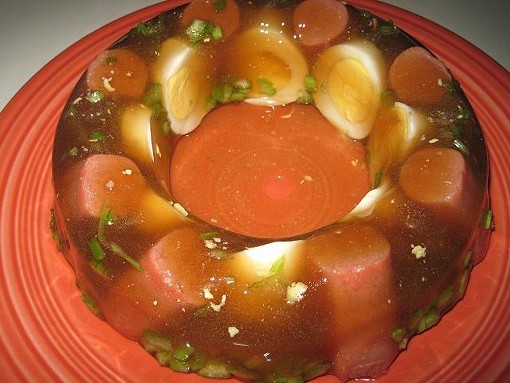 20. Jellied Bouillon with Frankfurters
And no, that's not a joke. There really was such a dish — and Wheeler, God bless her, really did make it. 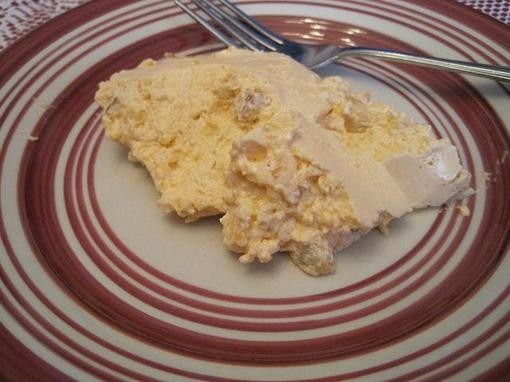 19. Apricot Salad
Here's a snippet of the recipe: "Boil apricot Jell-O with eight pounds of sugar (approximately) and water. Whip with cream cheese. Consider a welding mask for this job, lest molten Jell-O-cheese fly into your face. Add a giant can of crushed pineapple with syrup, Gerber's and chopped pecans."

Read more here, if you dare. 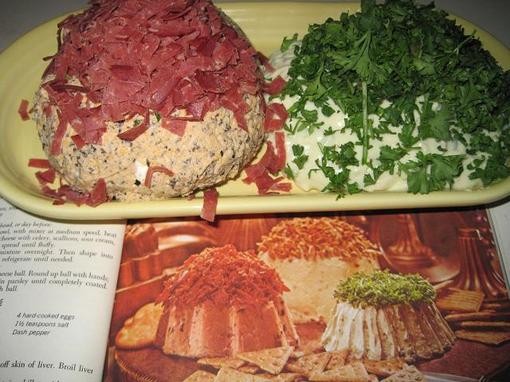 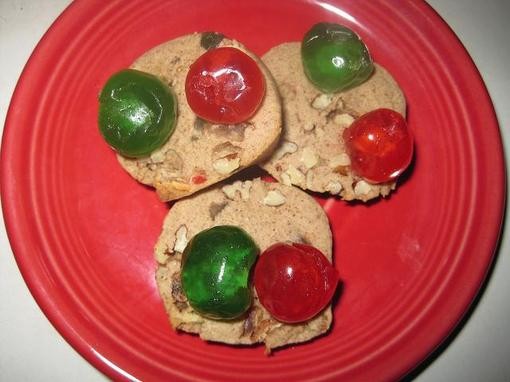 17. Fruitcake Slices: All the Fun of Fruitcake with None of the Booze This recipe was pulled from Pillsbury's 1976 Festive Baking for All Seasons: Dunk them Oreo-style in Jack Daniel's — not just because you need to take the edge off, but because the lack of liquid in the recipe makes the cookies dry as coal. The cherries distract from the dryness with a rubber crunch and a mouthfeel that can come only from a marinade in high-fructose corn syrup. Read more here. 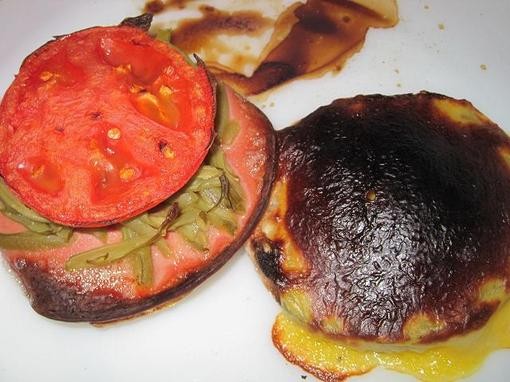 Read more about this recipe. 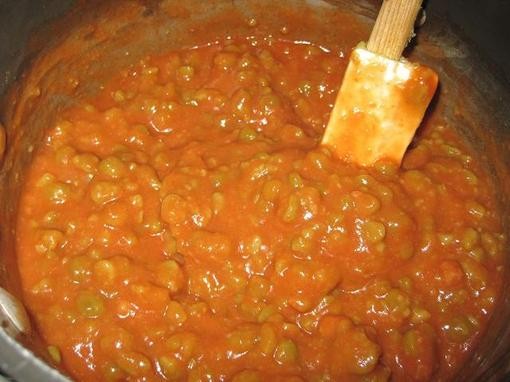 Read more about this heinous recipe. 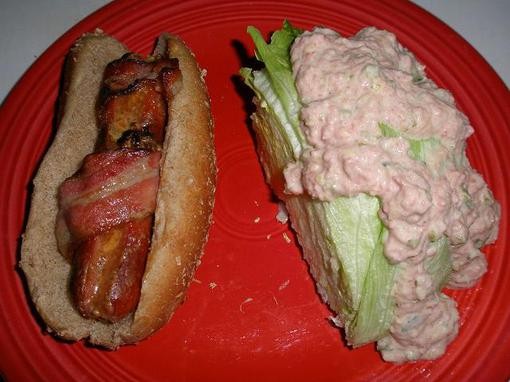 Read more about these recipes here. 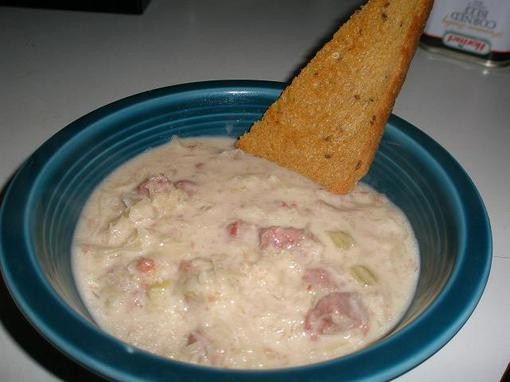 13. Reuben Chowder
Writes Wheeler, "I knew I'd hate the Reuben Chowder recipe from 1983's Better Homes and Gardens Soups and Stews Cook Book. Canned corned beef pisses me off almost as much as hunger itself. But as a little experiment, I opted to fast in preparation." 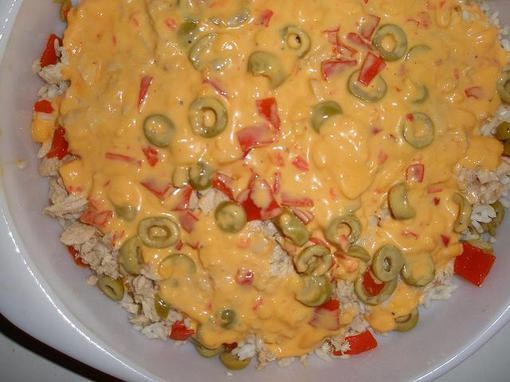 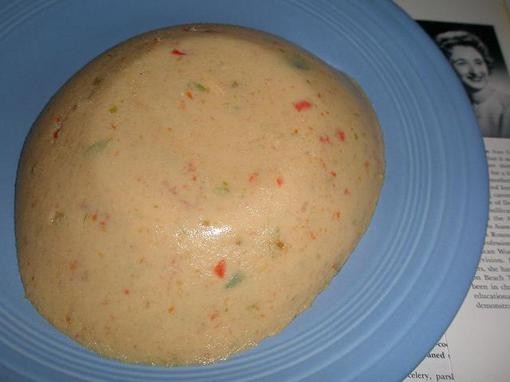 This recipe was taken from The Blender Way to Better Cooking — 200 pages of recipes, all requiring a blender. Enough said. 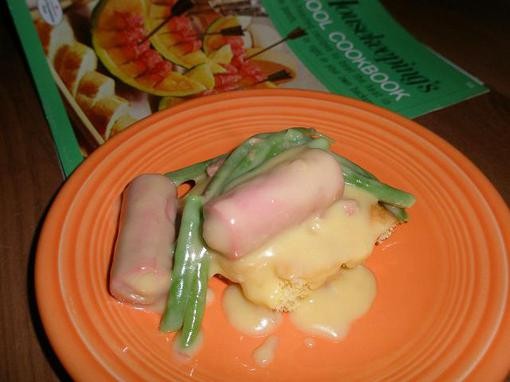 10. Vienna Sausage Shortcake
"Leave it to those jackasses at Good Housekeeping to bring Vienna sausages back into my world with their 1967 Keep Cool Cookbook," writes Wheeler about this dish. 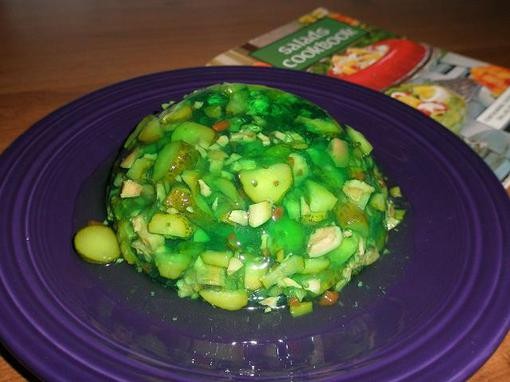 9. Pickle Stretcher Salad
"Oh, the hilarity of the Pickle Stretcher Salad recipe in 1969's Salads Cookbook! Over 500 salad recipes, and not a one contains fresh vegetables!" writes Robin Wheeler about this recipe. "The Pickle Stretcher Salad gave me the most visceral reaction I have ever had to a food-like item. I love olives, dill pickles and just about anything limey, but combining the three left me with a shiver that wouldn't stop traveling my spine. One bite, and I'm sure I will never, ever forget the texture of slime and crunchy, the taste of ammonia and acid." 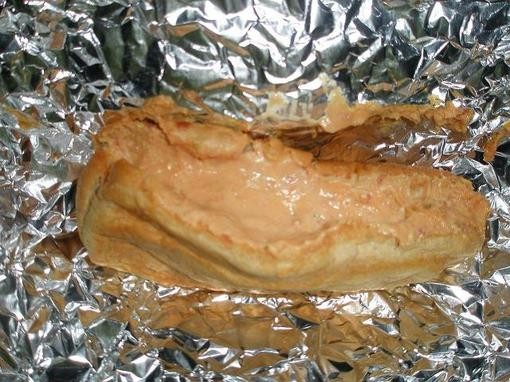 8. Gooey Buns: Not What You'd Think.
"Gooey Buns sound like a yummy breakfast pastry. They're not. Grind bologna, American cheese, mustard, mayo and relish into a paste. Spread inside buttered hot dog buns, wrap in foil, and place in the oven until the buns are stale." 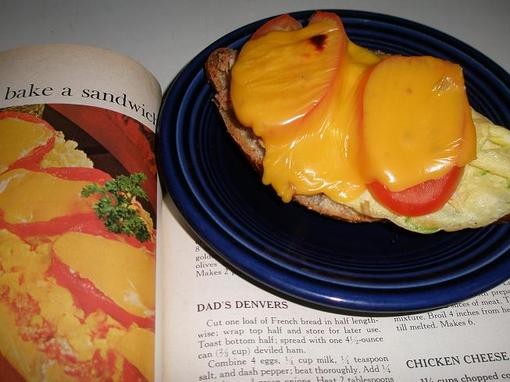 7. "Dad's Denvers"
Take a French roll and spread with deviled ham. If you have a really good relationship with your dad, substitute canned cat food, which is made with higher-quality meat than Satan's pork-meat product. Cook a green onion omelet in bacon fat and place atop the Devil Chow. Top with tomato and broil. Do not serve to dads with heart conditions. 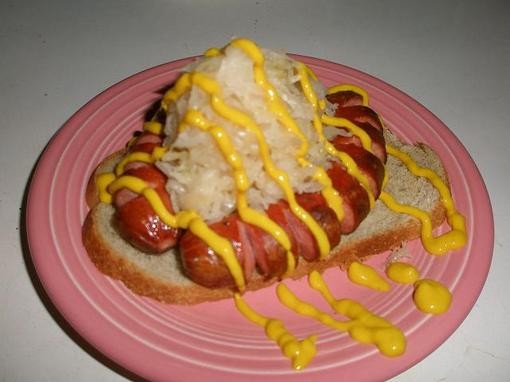 6. "Circle Pups"
This mustard-covered dish is included in the 1963 edition of Better Homes and Gardens Meals in Minutes, the same bastard that gave us Friday Franks. This time it's Circle Pups, which sounds like something dirty that might happen at a fraternity initiation. 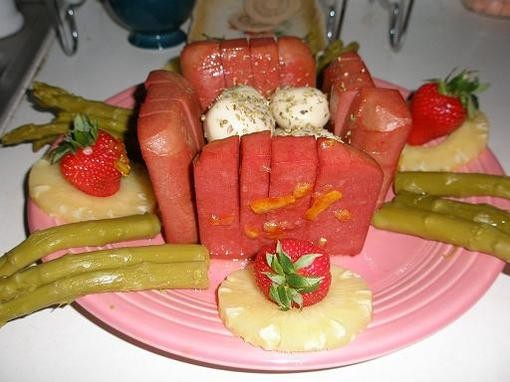 5. "Crown Roast"
This crown roast tells your family, "I had ten minutes and five dollars to waste on you people. Eat up." It tastes like...hell, does it even matter? It's Treet covered with orange marmalade and baked. It tastes exactly like you think it would taste." 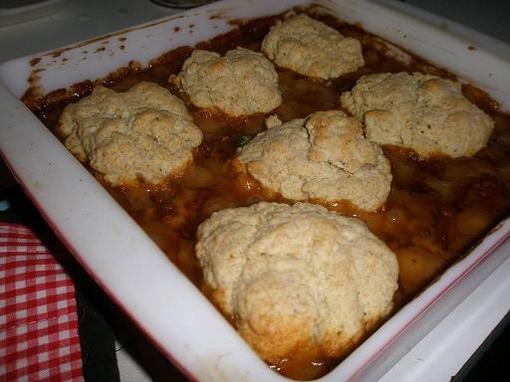 4. "Busy Lady Beefcake"
There were lots of busy ladies in 1966, entering recipes in the 17th annual Pillsbury Busy Lady Bake-Off in hopes of winning the $25,000 grand prize. 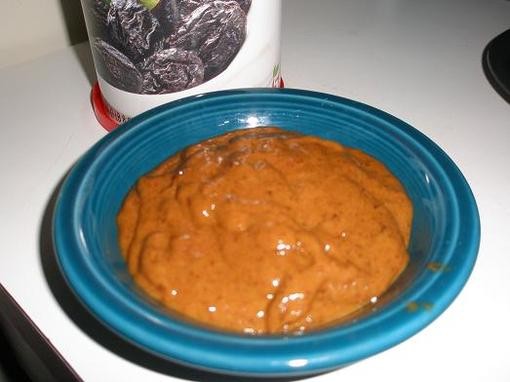 3. Prune Whip
At first glance Prune Whip looks downright dangerous. With its raw whipped egg white folded into cooked prune puree, a kid could die from the combination of salmonella and nature's laxative. 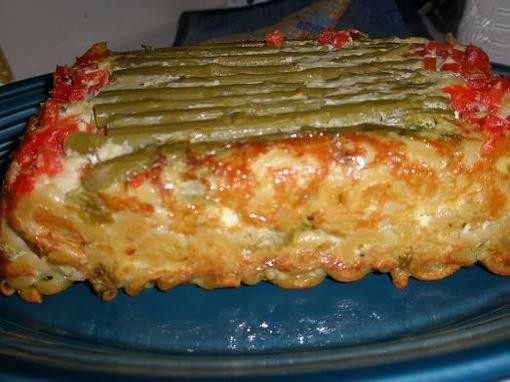 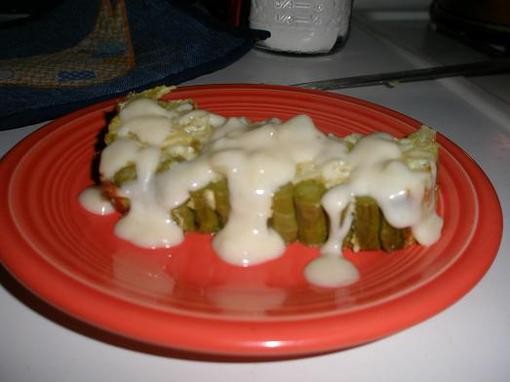 1. "Stellar Sauce"
You know the top spot had to go to a sauce of some sort, especially a sauce with such a promising description as "stellar." The secret to this sauce? Cream of celery soup with melted Gruyère.