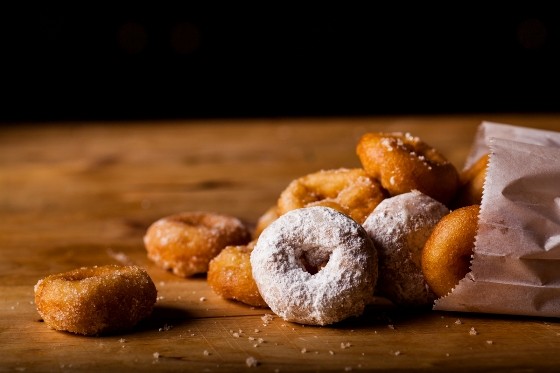 Not many can turn down a light-as-air, made-from-scratch doughnut. Whether cake, yeast, cruller or fritter, we're willing to bet few of you have met a doughnut you didn't like. These days, there are even more options for satisfying your doughnut craving than ever with "experimental" doughnut shops popping up all over the country. Whether you prefer a classic or more adventurous concoction, there are a ton of options in St. Louis. Here are six of our favorites.

Mini Donuts, etc. (aka "Donut Man Stan") has been a Saturday tradition for many shoppers at the Soulard Farmers Market since 1979. The wondrous machine that flips and fries the dough right in front of you in less than a minute is a memorable sight. These doughnut miniatures are available in cinnamon and sugar, chocolate, vanilla, powdered sugar or plain, and have fewer calories than popular national chain versions and significantly less fat -- all by design. 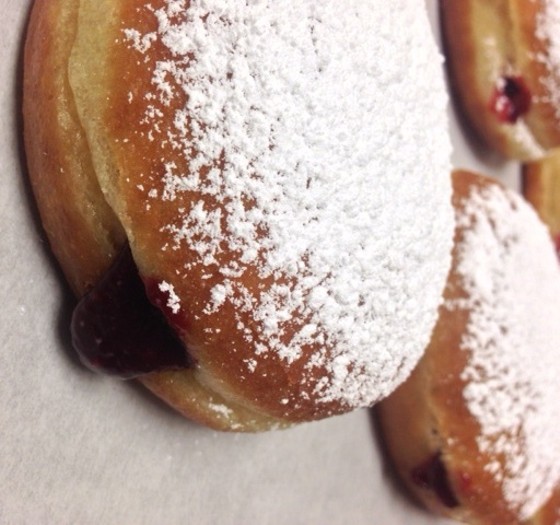 Until now, only those lucky enough to find themselves in the vicinity of Clyde (the endearing name bestowed on Vincent Van Doughnut's food truck) could experience the made-from-scratch doughnut creations. Fortunately, a brick-and-mortar store and bakery will be opening in Clayton at the end of February. Owner Brian Marsden clearly takes joy in creating new taste combinations. Inspired past flavors include blueberry lime cheesecake, "Triple Peanut Butter and Jelly," a doughnut pretzel with beer caramel, and chocolate glaze with walnut and pecan toffee. 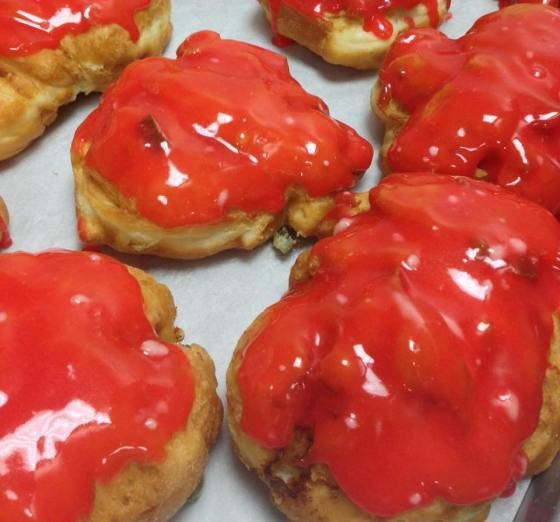 Strange Donuts set itself apart from the rest right out of the gate when it opened just over a year ago by referring to doughnuts as "dones" and attracting lines out the door for unique creations like "Buttahfinger," Mexican hot chocolate and maple bacon. The most unique, however, are the "strangers" doughnuts created in partnership with acclaimed local restaurants -- past collaborators include Salume Beddu, Pi Pizzeria, Sugarfire Smoke House, Quincy Street Bistro and Pastaria. The chefs at Mai Lee helped create the "Mai Pho-King Done" filled with a pho broth consommé, topped with a sweet and spicy hoisin glaze, fresh herbs, carrots and peanuts. The store opens at 6 a.m. until it sells out. Paleo and gluten-free doughnuts are also available. 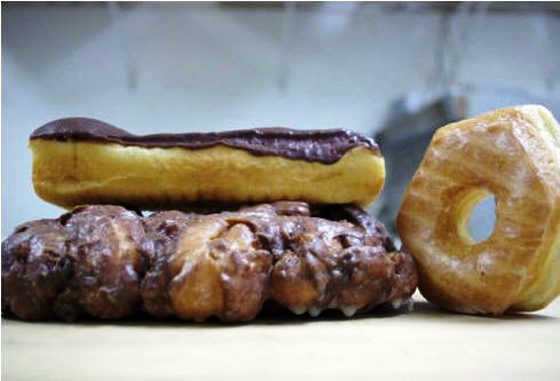 The Donut Palace is a family affair for owners and patrons alike. For more than twenty years, Frank and Ann Mahler, and now daughter Kelly and son-law Chris Brown, have served multiple generations fresh, hand-made doughnuts. Each weekend the kitchen turns out 1,200-1,500 Long Johns, more than a thousand glazed doughnuts, a couple hundred signature apple fritters and countless other varieties of raised and cake doughnuts including old fashioned, iced coconut, chocolate devil's food and blueberry. 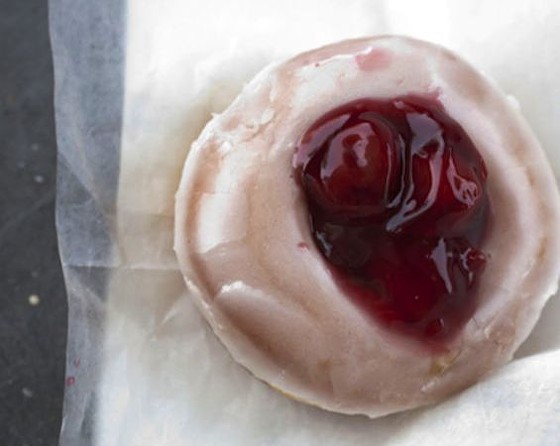 World's Fair Doughnuts has been a Shaw neighborhood favorite since 1976. It has also achieved national acclaim -- it was included in USA Today's "Ten Tastiest Doughnut Shops in the USA" just last year. Its specialty is the buttermilk cake doughnut, a rich, dense cake with a hint of vanilla and a crisp, buttery-sweet glaze. Also on point are the blueberry doughnuts, fruit-filled Danish rolls, traditional glazed and powdered doughnuts, Long Johns, apple fritters and fried fruit pies. 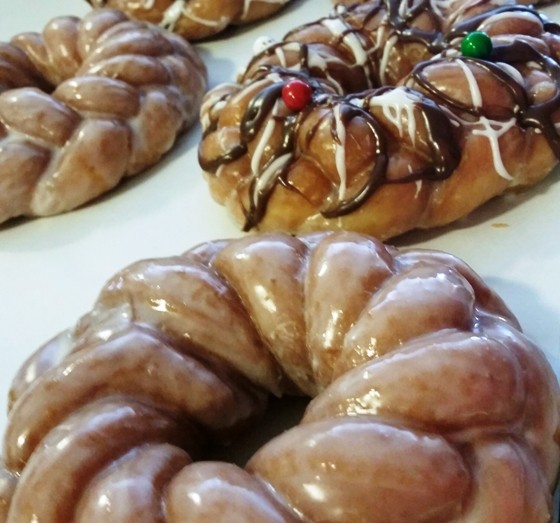 Perhaps one of St. Louis' most underrated doughnut shops, St. Louis Hills Donut Shop is a small, neighborhood joint serving up seriously excellent doughnuts for almost 25 years. The bakery case is filled with classic glazed and cake doughnuts, as well as fancier flavors such glazed chocolate filled with icing, turtle old fashioned with caramel and almonds, blueberry glazed, pumpkin spice cake, chocolate cake with chocolate glaze and a cheese flip -- a cross between a Danish and a doughnut with a layer of cheese. Don't forget to pick up some doughnut holes at just $2 per dozen.