Get Unlimited Mac and Cheese at the Mac & Cheese Throwdown 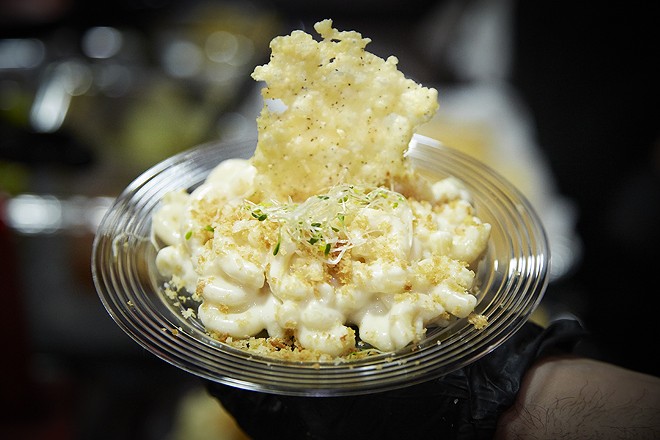 Steve Truesdell
A mac and cheese sample from the RFT's third annual Mac and Cheese Throwdown.

Who has the best mac and cheese in St. Louis? That’s what the Mac & Cheese Throwdown is seeking to find out.

On Saturday, November 12, from 11 a.m. to 2:30 p.m., the fifth annual Mac & Cheese Throwdown will take over The Moto Museum in Midtown. Some of St. Louis’ favorite restaurants will put their mac and cheese recipes up against one another. 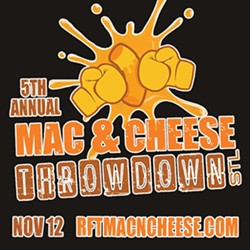 Attendees will serve as taste-testers, voting for their favorite, leaving only one restaurant with a championship belt. In addition to an unlimited mac and cheese buffet, the event will also include an open bar.

Tickets cost $45 for people 21 and over. Part of the proceeds will go toward the River City Journalism Fund, an organization dedicated to investing in local journalism.