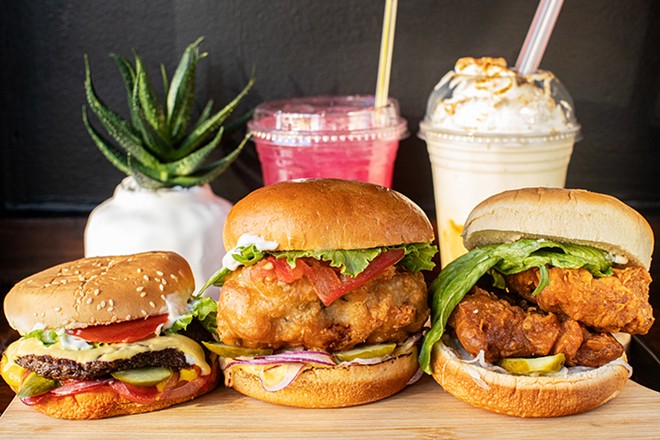 When Brandy Dixon and Jasmine Yandell first decided to go into the food business together, they tried a lot of different things: ghost kitchens, pop-up events, farmers market appearances and meal prep where they cooked a variety of dishes that included both meat- and plant-based foods. They loved what they were doing, and they were successful at it, garnering a following that clamored for what they were serving no matter how and where they were doing so.

Still, the pair could not help but feel that an ingredient was missing. After talking things through they finally figured it out: It was them.

12oh7 Herban Eatery (6138 Delmar Boulevard, 314-932-1207), the casual eatery Dixon and Yandell opened this May on the eastern edge of the Delmar Loop, reflects that realization. Though anchored in culinary prowess and a passion for taking care of others, Dixon and Yandell's debut restaurant is, at its core, a deeply personal endeavor where the two proudly cook and serve completely from their hearts. They admit it might sound hokey, or even too simplistic, but the pair truly see their restaurant as an outpouring of love, one for which they prepare the food that they eat and hope that their earnestness can be experienced in each bite. When you walk into this two-woman show and are graciously greeted and served as if you have entered their home, it's clear they've achieved what they set out to do. 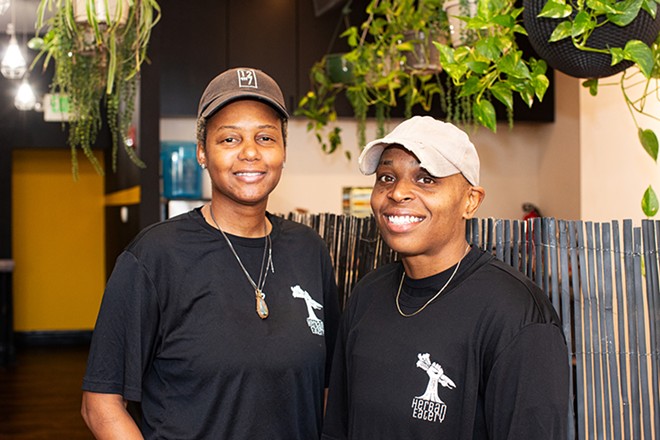 The seeds of 12oh7 date back to December 7, 2015 — the reason for the restaurant's name — when the two met in the training department at United Healthcare. Though she was solidly into her career in the customer service field, Dixon had a deeply rooted passion for food and hospitality that came from her upbringing. Her grandfather owned a grocery store and restaurants, and he instilled in her the importance of eating the best quality foods in order to take care of her health and well-being. It made sense that she would become fast friends with Yandell, who had spent her career cooking all over the world for Disney. The two bonded over a shared love for food and service, and almost immediately hatched a plan to open their own restaurant together one day.

Dixon and Yandell began their business as a side project while working other jobs, including at Retreat Gastropub, where Yandell was a cook. During her time at Retreat, Yandell developed a close working relationship with Retreat's owner, Travis Howard, who became a huge fan of what she and Dixon were creating with 12oh7. When the pandemic temporarily shuttered Retreat, Dixon and Yandell trained all of their focus on their own business, at first working out of their own home but eventually out of Retreat's kitchen. Howard served as a mentor to the pair, helping them establish their online ordering protocols and giving them advice on how to run their business in anticipation of the day when they would open a brick and mortar, which finally happened this May.

Though Dixon and Yandell hope to one day have a few locations of 12oh7, they decided to take things slowly at first, focusing on a small counter service storefront. Though there is some dine-in seating available in the form of a narrow ledge and bar stools along one wall, the bulk of their business is carryout, with Dixon running the front of house and Yandell holding down the kitchen. It might take a minute to get your food because of this setup, but it will be worth the wait. This is made clear the moment you bite into one of their delectable vegan offerings, such as the OG Phish Sammich, which features a crisp, beer battered filet of beautifully flaky plant-based seafood alternative, that, if you did not know was vegan, could be mistaken for the fish portion of a traditional pub fish and chips. Tucked into a pillow-soft bun and garnished with creamy tartar sauce, piquant pickles, onions and shredded lettuce, it nails the form.

The double burger, too, hits that sweet spot of satisfying a fast food craving without feeling like a punch in the gut. Here, two vegan meat patties — seasoned and with a pleasantly firm, steak-like texture — are adorned with molten vegan cheese on a sesame bun. The burger is tasty enough on its own, but when paired with a side of wonderfully earthy fries with a warm, smokey seasoning, it becomes an extraordinary vegan meal.

Yandell's vegan take on mac and cheese is positively decadent. Baked like a casserole and sliced up like lasagna, its non-dairy cheese is positively silken, forming a stunning crust over the top. The texture has zero grit to it, unlike some vegan cheeses, and it does not break when heated, giving it a rich, creamy mouthfeel that could win over even the most devout dairy lover. 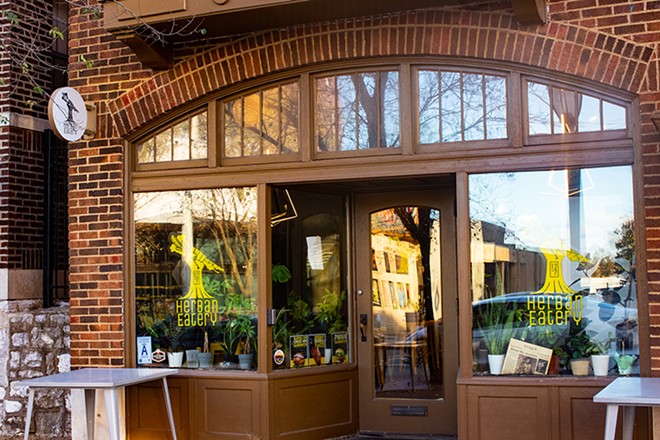 Mabel Suen
12oh7 is located on the eastern side of the Delmar Loop.

Yandell is at her best, however, with her Mexican dishes. Her OG taco pairs chorizo-like crumbles with rich cream sauce, lettuce and onion in a corn tortilla. It's restrained compared to the Cali Bur-Ritoh, which is a gloriously overstuffed monster flour tortilla filled with seasoned rice, refried beans, plant-based strips of carne asada-style beef, cheese sauce, fries, vegan mayo and pico de gallo. It's a wonderful melange of flavors, though 12oh7's most powerful dish is its Loaded Notchos, a vegan riff on the most over-the-top bar nachos known to man.


Tortilla chips, seasoned with the same mouthwatering dusting that comes on the fries, are covered in refried beans, chorizo-like vegan meat crumbles, non-dairy cheese sauce and sour cream, pico de gallo and charred jalapenos. Between the heat of the peppers, the vibrance of the pico and the richness of the meat and cheese, every spot on the palate is activated by this outstanding, deeply satisfying dish. That I could somehow follow this masterpiece with one of Yandell's outrageously delicious strawberry handpies is proof of her considerable pastry skills.

Those skills are a testament to Yandell's unrelenting passion for food. Combined with Dixon's penchant for service and hospitality, the pair have created a lovely window into their lives — one through which we are lucky to be invited to look.