Review: Melo's Pizzeria Is a Worthy Heir to the Blues City Deli Legacy 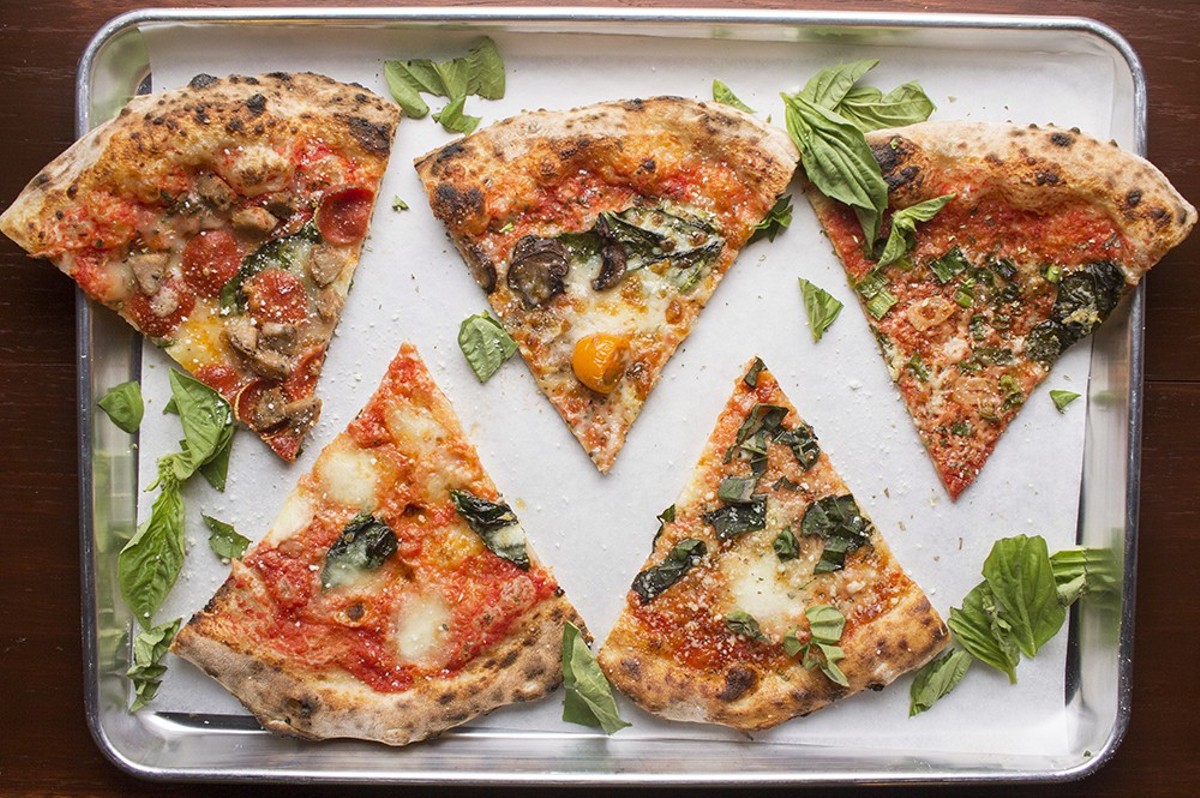 A selection of slices from Melo's Pizzeria MABEL SUEN

Sitting in the charming courtyard at Melo's Pizzeria, tucked behind the wrought iron fence, I had to disagree with the Louis Prima song bellowing from the speakers. "Buona sera, signorina," the lyric went. "It's time to say goodnight to Napoli."

Goodnight? I was just getting ready to say hello. Before me was the quintessence of Neapolitan pizza: a puffy crust, speckled with char like a leopard's coat; vibrant plum tomatoes, crushed into a sauce; a few ovals of still-bubbling mozzarella cheese and some fire-kissed basil leaves. I needed two hands to pick up a piece, one to hold onto the chewy crust and the other to handle the thinner slice as it dripped a liquid-y concoction of olive oil, molten cheese and tomato juice. To the uninitiated, this might seem undercooked. To those who have experienced the beauty of real, Neapolitan pies, however, it is the beautiful mark of authenticity. 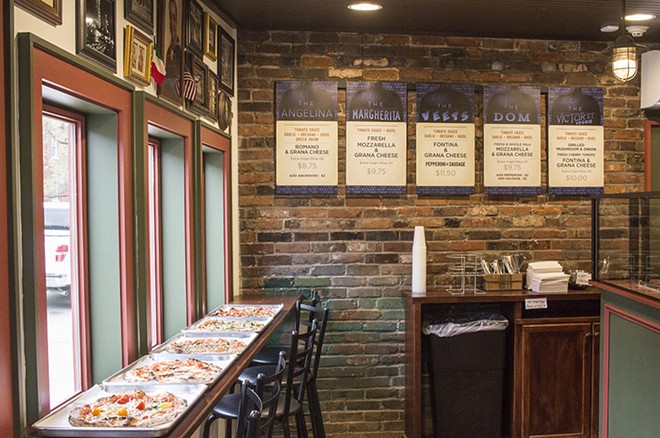 MABEL SUEN
The interior of Melo's Pizzeria is tiny.

It comes as no surprise that Melo's serves such pizza perfection. The tiny Benton Park spot comes courtesy of the Valenza family, better known as the geniuses behind Blues City Deli. And just as the deli has set the bar for sandwiches in this city, Melo's aims to be the town's standard bearer for Neapolitan pizza. If this Margherita pie is any indication, the Valenzas are well on their way to achieving that goal.

Melo's pizzaiolo is Joey Valenza, son of Blues City Deli owner Vince Valenza. Its origins are in a real estate deal. After renting the deli's building and lot for almost ten years, Vince bought the property in 2013 — and with it, the small garage out back. Over the years, Joey had developed a penchant for baking and envisioned turning the garage into a bakery to service the deli. His experimentation with bread recipes led him to play around with pizza-making, which quickly turned into an obsession. Instead of a bread oven, then, Joey went all-in, ordering a signature domed-shaped Ferrara pizza-oven from the mother country. White tiles spell out the words "St. Louis the King" on the blue oven, as if daring someone to dispute the place's pizza primacy. Joey's muscle is his late grandfather and the restaurant's namesake, Carmelo "Melo" Valenza, whose portrait keeps watch over the space.

His visage flanked by an Italian and an American flag, Melo doesn't have much space to keep an eye over — the restaurant is so tiny, there's no room for seating inside. Instead, diners can stand at the narrow ledges that line the walls and windows or, when weather permits, opt for the quaint patio that separates the pizzeria from the deli.

Melo's menu is tiny as well, featuring just five varieties of pies as well as a small selection of bottled beer. What it lacks in breadth, though, it makes up for in quality. 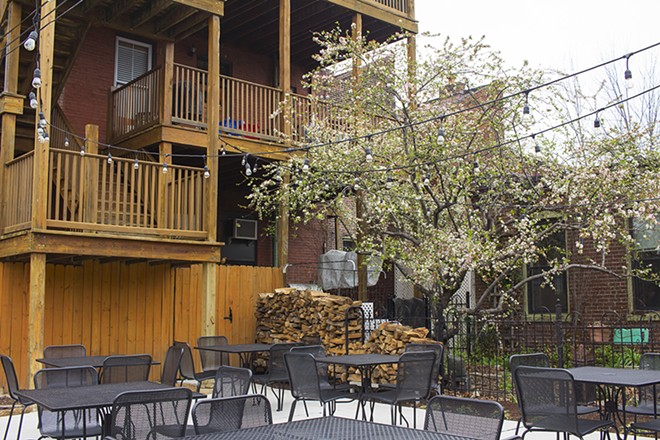 MABEL SUEN
In nice weather, Melo's Pizzeria is a great place to enjoy a slice.

Unlike the Margherita, which strictly adheres to traditional Neapolitan standards, other pizzas veer toward New York thanks to their toppings. Take away that char-blistered crust, and "The Dom" could be straight out of Brooklyn with its garlic and oregano-laden sauce and oozing cheese. Fresh mozzarella and a generous sprinkle of grated Grana provide the perfect base for the optional pepperoni or sausage. I chose the former and was treated to so much of the spicy meat that it covered the entire surface area of the pie.

If you can't decide between the two meat options, "The Veets" gives you both. Here, the pepperoni lies alongside hunks of fennel-heavy Italian sausage; its flavors of licorice and black pepper spice cut through the pepperoni's fat, balancing out this carnivore's delight.

And if it's a Friday during Lent and you can't take the lines at St. Cecilia's fish fry, the "Victor Street Veggie" is an honorable substitute. Spiked with garlic and oregano, the sauce is topped with hefty grilled mushrooms, onions and halved cherry tomatoes cooked to the point where they are ready to pop.

The "Angelina," named after Joey's grandmother, who loved to put green onions on everything, is another fine meatless option. This pie is all about the interplay of the sauce, onions and cheese, capturing the essence of the kind of baked pasta dish you'd find at a red-and-white checked tablecloth Italian restaurant. It practically begs for anchovies, and fortunately Melo's is happy to accommodate this addition. A few slices of the salty fish turn this from a flavorful cheese pizza to a southern Italian dish reminiscent of puttanesca.

Over the past few years, St. Louis has been blessed with a handful of respectable of Neapolitan pizza restaurants. The question is therefore unavoidable: How does Melo's pizza compare to the other top shops in town? I can't say it occupies the No. 1 slot, but it's certainly one of the best.

When it comes to atmosphere, however, Melo's unequivocally takes the prize. The sense of community that permeates the space is something that cannot be replicated. Neighbors out walking their dogs stop to chat with patrons on the patio — it's not uncommon to see someone pass a slice across the fence. And the aforementioned lack of seating doesn't pose a problem for those who pack the restaurant on one of its few open nights (at this point, Melo's is only open three days a week). Instead, neighbors belly up to the windowsills, a cold Moretti in hand, and chat about local goings-on as if they were on the set of Cheers.

Like the pizza, this is as authentically Italian as it gets.