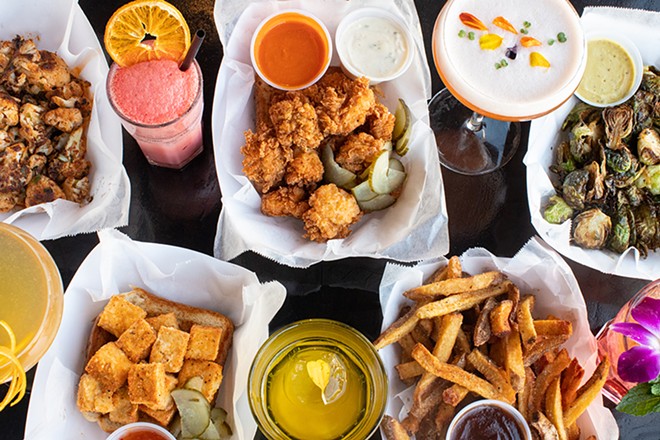 Grant Heman can't help but smile when he gets a certain error message on his Clover point-of-sale system. Similar to Netflix's judgy "Are you still watching?" pop-up message, it's not uncommon for him to get a note across his screen asking whether or not an order he's just rung up is correct. It's a reasonable question. After all, why would a credit-card number be used for the exact same order within a matter of minutes?

The answer is clear once you've had the chicken.

As Heman explains, it's not uncommon for him to sell a single large order of Chooch's Popcorn Chicken to a party of two who think it will be enough for the both of them. It's a reasonable assumption; the amply sized nuggets are generously piled into a red-and-white paper food tray, each portion consisting of approximately 15 pieces. Half of that should be enough to satisfy a typical appetite, but one bite in, his guests are often so dazzled that they put down their fork, walk right back up the counter and inform him they need an entire order to themselves. 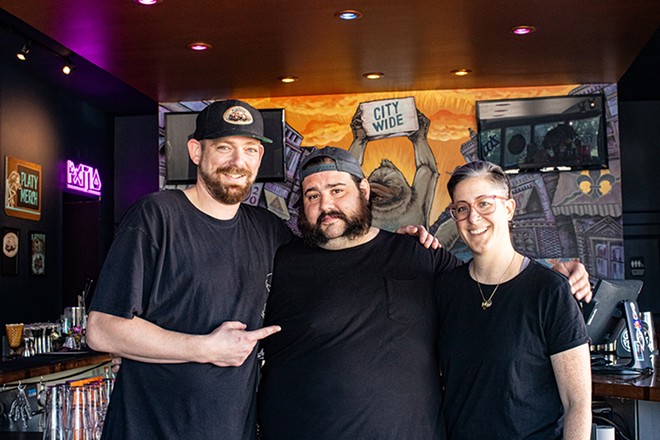 Heman has known he's been onto something with his popcorn chicken well before the orders started rolling in at Eat DuckBill, the food counter he owns and operates inside the eight-month-old Grove bar Platypus. An industry veteran who has worked at a number of upscale restaurants around town, Heman had been making his hand-breaded chicken-thigh nuggets for the family meals he prepared for his coworkers over the years. Their reactions let him know that he had created something special. When he was approached by Platypus owners Meredith Barry and Tony Saputo to handle the food component for their bar, it was natural that he'd gravitate toward popcorn chicken as the basis for the concept.

Part of his reasoning was that it was the perfect delicious and whimsical bar food to go with what Barry and Saputo were creating. However, he also saw the opportunity as a chance to create a brand that could become larger than any one space — not because of ego but because he wanted to honor his daughter, Chandler Heman, who he lovingly refers to as "Chooch." As he tells it, Chandler, who is now a young adult, was a picky eater as a kid, but one of her favorite foods was popcorn chicken. He sees Chooch's Popcorn Chicken as a way to both honor her and build a legacy that he can leave to her sometime in the future.

It's not an unrealistic vision. Heman's popcorn chicken is utterly magical — perfection of the nugget form, a dish so often cast aside as frozen fare fit for picky children. However, as he shows with Chooch's Popcorn Chicken, such a humble item can be revelatory when done properly. Such preparation requires exacting standards; Heman begins with whole chicken thighs and butchers them on site (almost always himself) to as perfectly symmetrical an elongated cube shape as he can make from an asymmetrical raw product. He brines the meat, weighs out his flour and seasoning to the gram, and hand breads every portion to order. He likes to joke that it's not uncommon for people to approach him at the end of the night asking if they can have his leftovers. In his world, there is no such thing. 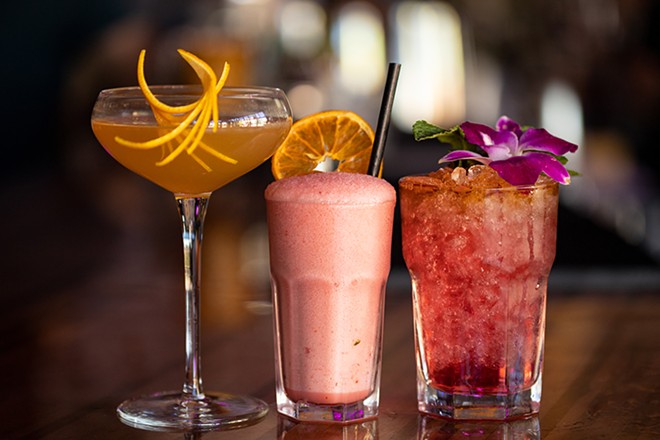 The result of his efforts is gorgeously seasoned, juicy, bite-sized perfection. Served searing hot, the nuggets have the Goldilocks amount of breading: not too little so that you don't get the joy of biting through a savory crunchy layer but not so much that it overtakes the meat. And that meat. Succulent, flawlessly cooked and subtly sweet and seasoned from the brine, it makes you wish to depart from nuggets made from dry breast meat forever.

Heman puts as much care into his sauces as he does the popcorn chicken itself. Aside from the ketchup and sweet chili sauces, he makes all of the condiments in house, including a ranch that is luxuriously creamy and generously seasoned with verdant herbs, a piquant Buffalo that could give Frank's RedHot a run for its money as the king of Buffalo sauce, a sweet and subtly smoky barbecue and an outstanding agave mustard that will make honey mustard hang its head in defeat. 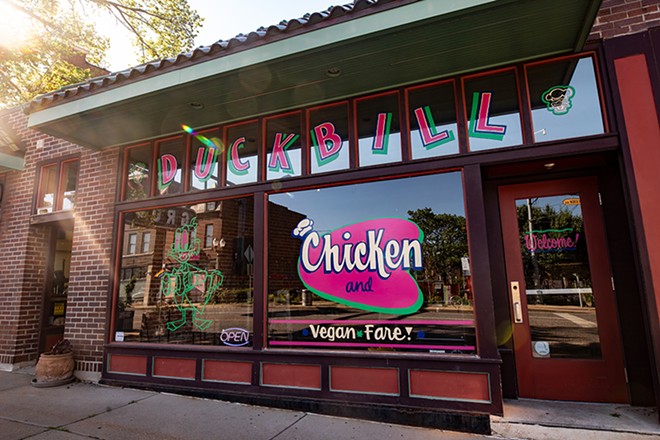 Mabel Suen
Eat DuckBill is the food concept located inside Platypus in the Grove.

In addition to the chicken, Eat DuckBill serves crispy tofu; the creamy soy cubes are dusted in Heman's Chooch's Popcorn Chicken-seasoned flour and fried, which makes for a satisfying vegan offering (Heman notes that, aside from the chicken, every other dish on the menu, including condiments, is vegan). Caramelized Brussels sprouts, another Eat DuckBill option, are expertly cooked to the point of becoming browned and crispy without crossing over into burnt. Heman tosses the sprouts in his agave mustard, which gives the funky vegetables a pleasant, sweet zip. Likewise, roasted cauliflower is beautifully browned; here, he uses red-pepper sauce that has the taste of sweet bell peppers, which adds an earthy tang to the dish.

No bar-food concept would be worth its salt without nailing its French fries, and Eat DuckBill exceeds that requirement. Its potatoes are hand-cut to a thickness similar to Belgian fries and generously salted and seasoned — not quite to the point of being considered a "seasoned fry" but almost there. Though Heman offers ketchup, the better path is to dip them in his glorious ranch sauce. Just go ahead and grab three or four cups of it; like everything at the magnificent Eat DuckBill, one is not enough.