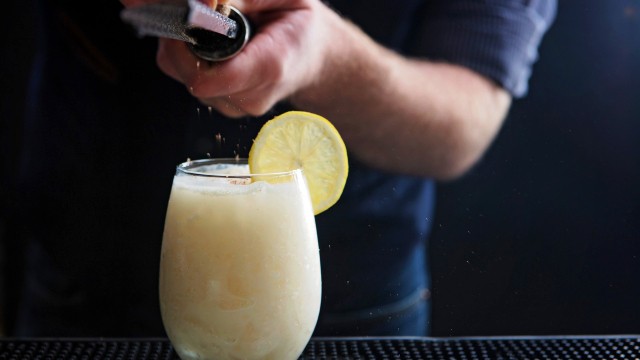 If you've been partying into the wee hours of the morning, the thing you're going to need ASAP is some food to line your stomach. If you've said, "No, thank you, please," to the hullabaloo of a New Year's Eve celebration, you also probably would like some sustenance. And regardless of who you are and what you've done, you probably want that food to be brunch. Why go to a greasy spoon when you can tuck into one of the city's best spreads with one of the city's best views at the Cinder House New Year's Day Brunch (999 North Second Street, 314-881-5759, cinderhousestl.com)?

The brunch offerings will include a bloody-mary-and-mimosa bar with mixologists to customize your cocktail, as well as a host of stations featuring ham, brisket and fish, custom omelets, hot waffles, charcuterie and cheese, bread and rolls and more. The food fest runs from 10 a.m. to 2 p.m. and costs $95. Children ages eight and younger eat for $40, and those under two will be served at no charge. Drink packages are an additional $30. Reservations are recommended.