St. Louis Standards: The Wine & Cheese Place Has Been Spreading Joy for 40 Years

When Vijay Shroff wants to get across why people have such a connection to the Wine & Cheese Place (multiple locations including 7435 Forsyth Boulevard, Clayton; 314-447-9463), he draws upon his own childhood to paint a picture — long before he ever dreamed he'd own the store.


"I was three when it opened, but I remember going into [what was then] the Roasting House and the Cheese Place with my dad on the weekends and smelling freshly roasted nuts and coffee," Shroff says. "It was just such a sensory experience as a child and brings up a memory of my dad."

Now in its 40th year, the Wine & Cheese Place has been creating those memories for its customers since it was founded by Amos Kedmey as two small businesses — a little cheese and specialty grocery shop, the Cheese Place, and a small coffee and nut roastery, the Roastery — on the east side of Clayton in 1982. As Shroff, who has owned the business since 2019, explains, both the Cheese Place and the Roastery began very small but grew into themselves organically thanks to the changing tastes and preferences of their customers. Because the mission of the businesses was to be a place of interaction and conversation between the shopkeepers and guests, customers were able to influence the products the stores carried. As European wines became more popular throughout the 1980s, for instance, the Cheese Place increased the size of its wine collection to include bottles that customers requested.

"We like to be ahead of the game, but the dialogue we've had with our customers has helped us to recognize trends that they've seen," Shroff says. "We have a dedication to our customers to satisfy that."

Over time, the Cheese Place's wine portfolio grew so much that Kedmey and his team decided to change its name to reflect that significant side of the business. They crowned their store the Wine & Cheese Place, absorbed the Roastery into the newly minted business and expanded to include additional locations, all while dedicated to remaining the small-scale operation their guests had come to love.

While the Wine & Cheese Place was endearing itself to St. Louisans, Shroff was on the East Coast with no idea he'd ever come to own the place he was so fond of as a child. After leaving his hometown for college and then law school, Shroff made his way to New York where he was working as a corporate attorney doing mergers and acquisitions. He felt professionally satisfied, but it was becoming increasingly apparent to him and his wife that New York was not conducive to the life they wanted to live.

"Our son started crawling in our Brooklyn apartment, and we realized this wasn't going to work," Shroff says with a laugh. 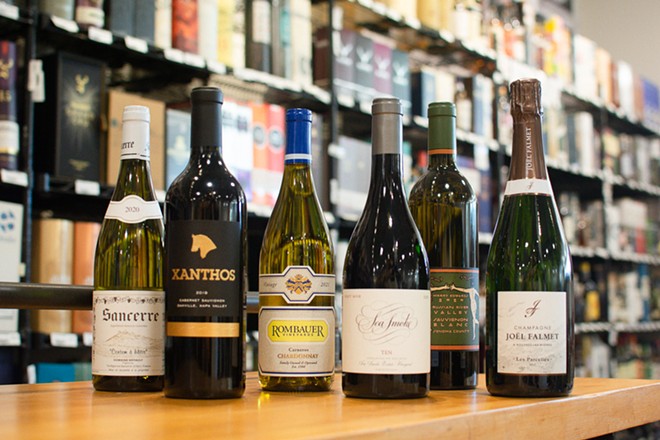 Andy Paulissen
The Wine & Cheese Place has increased its wine offerings over the years thanks to customer requests.

Shroff and his family moved back to St. Louis, where he continued to work in the legal profession as general counsel for a chemicals company. However, even though he was back in his hometown as he'd wanted, he could not shake the feeling that there was still something not quite right. Having grown up with parents who owned their own small business, he, too, felt the pull to become an entrepreneur. When he found out there was an opportunity to buy a place so important to him during his childhood, it was the push he needed to take the leap.

Shroff bought the Wine & Cheese Place in 2019 and immediately brought on longtime employee Aaron Zwicker as a partner. On their watch, the company relocated two stores to Kirkwood and Town and Country and launched a new bottleshop-focused brand called Spirit Wine & Craft, which just opened its first store on the city's south side. With the new locations, he's brightening the stores and creating a welcoming, cheery environment, though he insists he has no interest in changing the fundamentals of the business, which he believes revolve around the passion his staff has for both the product and the guests.

"It's a bit rare to have a place where people can come in and have a real dialogue with someone if they want it," Shroff says. "Wine, cheese and spirits can be mysterious, and we want to demystify that. It's so gratifying to see our staff just chatting with customers. That really doesn't happen anymore." 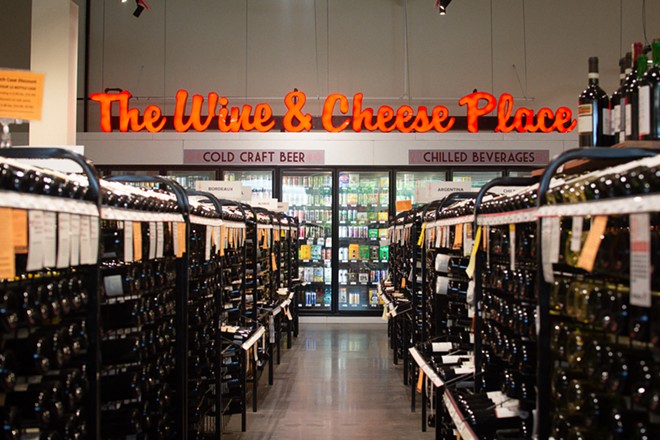 That connection, Shroff believes, is the reason for the Wine & Cheese Place's staying power. It brings him such joy to watch as generations of families come through the shop — just as he and his dad did — and make the place part of their celebrations and special events. He also loves that, even though the shop could be considered a liquor store, it's family friendly and has one of the last remaining candy bars in St. Louis. Because the store has become such an integral part of its customers' lives, it was able to sustain itself better than others during the height of the pandemic, something Shroff admits gives him a bit of survivor's guilt but that he is eternally grateful for, especially considering how much competition there is in his industry. It doesn't bother him, though. At the end of the day, he knows that people aren't only coming to the Wine & Cheese Place for a bottle of wine; they are coming for an experience.

"You can get alcoholic beverages at CVS, grocery stores and gas stations, but people are coming out to see," Shroff says. "The way we compete is by creating a place where customers want to come. The thing I love most about our product is that I am in a very fortunate place where I get to try everything new. My favorite thing is to try new things, and I am still discovering what my favorite is. I think a lot of people feel that way about wine, cheese and spirits. The histories of all those things are centuries or millennia old, and it's fun to talk through that history and fascinating background but also to make it fun. If you aren't having fun you are doing it wrong."