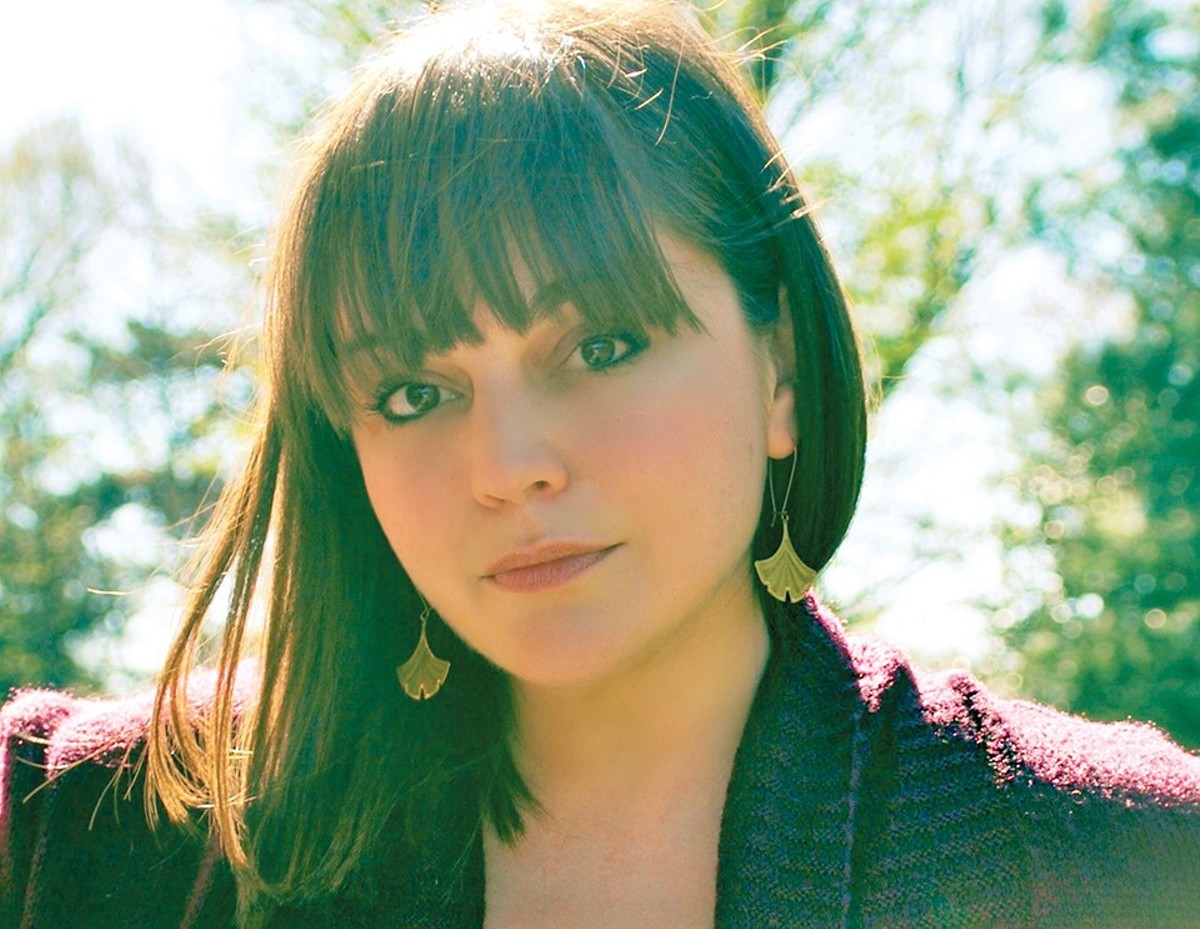 In addition to a conventional release of her album, Erin Bode is thinking outside the box for her Your Song project. LORI BECK

Active in local music circles since graduating from Webster University in the early 2000s, jazz vocalist Erin Bode has released albums and played shows across the U.S. and abroad, all the while keeping up a regular presence around town through festival slots and standing club gigs. Her career has, in many respects, run concurrently with the most volatile changes brought to the music business by ever-evolving technology and a music-consuming public that wants as much free content as possible.

Rare is the performer unconcerned about how best to release music in the current environment. As an example of her continuing belief in the importance of physical media, Bode is releasing a vinyl version of her latest album, Here and Now, her first time on the format. In the meantime, though, Bode is also tapping into her audience for a revolutionary new concept.

For this project, dubbed Your Song, Bode has found a small, growing number of her fans who wish for her to, yes, record a song just for them. These recordings range from completely original tracks to covers with special meaning. Most intriguing are the bits of material that Bode's been able to knit into fully realized recordings, often utilizing the songwriting skills of her Nashville-based co-writer and collaborator, Viktor Krauss.

Though Bode notes that there are quite a few things she's working on at present — including a new album — the Your Song project has taken on a life of its own.

"Over the last year, we've done recordings of these songs for people, whether it's their favorite love song or something especially meaningful for them," she says. "We'll put together an arrangement that's just for them. I've written songs for people. Or if they've written a poem for someone they love, I've written lyrics to a song around it. It's been a really fun project, a little unpredicted. We've done about ten of these projects now, and they've been rewarding to the people who've requested those songs. I've really built relationships with them. It's something I'd never experienced before, this type of one-on-one work with listeners."

Bode's website sketches out how one track came to be, via a couple named Bob and Cheryl. "It's been on Bob's bucket list for years to write a love song for Cheryl that gets recorded by a popular artist," the site explains. "It wasn't getting done because melodies just wouldn't come, despite lots of experimenting at the piano. So the occasional love poetry remained poetic but unmelodic. For Valentine's Day in 2017, Bob wrote a poem for Cheryl entitled, 'The Moon Is Ours Tonight,' and he thought it had special potential to become a song. However, his efforts to create an original, appealing melody continued to be unsuccessful."

Then Bob reached out to Bode. Putting the unfinished song on their musical workbench, Bode and Krauss shaped it into something that wasn't only a hit in the Bob-and-Cheryl household; it's now available to all via iTunes. In this case, the lyric writer was excited to have his stamp on something in Bode's growing canon. In other cases, tracks may just go directly to the patron. It all depends on the wants and needs of the catalyst.

Mind you, the Your Song push is just part of 2019 for Bode. She's promoting the vinyl release of Here and Now, which is featuring a bonus cut not found on the original version of the album, "It Might Be You." She's burned up some miles heading to Nashville for writing and recording sessions with Krauss for a future album release. She's also begun to collaborate with Grammy-winning vocalist Suzanne Cox, who's worked with Alison Krauss and who grew up in the Cox Family, a Louisiana-based family band. Bode sings on Cox's recent release, which is based in bluegrass and gospel. "She's just an incredible person, friend and musician," Bode says.

And if the right request comes along, a Your Song or two or another ten might be the horizon as well.

"I think this is sort of a time when I've picked up more side projects than I used to," Bode says. "I definitely have more irons in the fire. The music industry's been changing rapidly in the last few years. And I don't want to speak for fellow musicians, but we're all looking for new avenues to create music. People don't consume it in the way that they used to; there isn't as much income in recording an album and selling it in stores. You have to find ways to reach your listeners.

"And I'm excited and interested to be in a project that's allowed me to hone my skills and involve music and the expressive nature of creating it."