The heavy metal band will hold two shows in St. Louis as part of worldwide tour 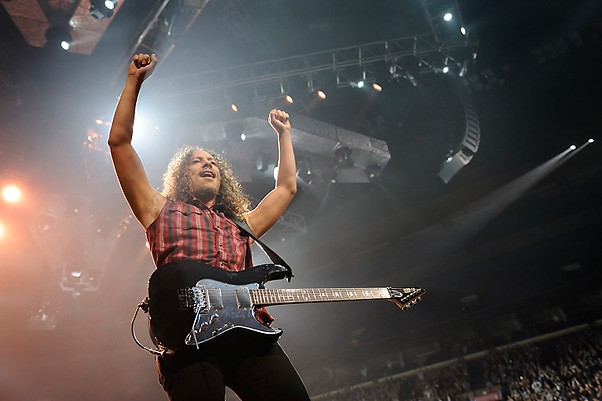 Riverfront Times File Photo
Metallica will be returning to St. Louis in November 2023.

When the legendary heavy metal group Metallica travels the world for its upcoming "M72" tour, it will make a two-night stop in St. Louis in November 2023.

The band released its world tour schedule on Monday, which includes shows in 22 different cities across two years. Each location will receive two shows, with a promise of “two totally different set lists with two different bands opening the show each night!" according to its website.

Metallica is scheduled to visit St. Louis on November 3 and 5, 2023, at the Dome at America’s Center.

The nine-time Grammy award-winning band will begin its tour in Amsterdam in late April. The shows will coincide with the release of Metallica’s newest album, 72 Seasons, which comes out in April 2023. The tour will run through September 2024.

Tickets for both nights go on sale Friday, December 2 at 10 a.m. Tickets for individual nights open on January 20. Those interested can order through Ticketmaster.