Nelly Taught America "Country Grammar" on This Day in 2000 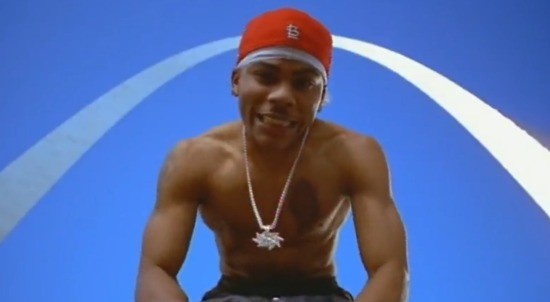 Mainstream superstardom often begins with a spark, rather than an explosion. It's hard to say whether Lady Gaga would have been more than a behind-the-scenes cog in Akon's machine without "Just Dance." And if 50 Cent had not delivered "In Da Club," it's possible that the world may never have tasted succulent Vitamin Water.

Nelly's twisty-turny career covers a lot of ground, including blockbuster albums, Adam Sandler movies, questionable credit card transactions and endorsements galore. And it's worth wondering whether any of those things would have occurred without "Country Grammar."

The sing-songy jam foreshadowed Nelly's dominance throughout the first part of the 2000s, showcasing a fusion of melody and rap that was a legitimate revelation in a genre filled with commonalities. The song, amazingly, was released as a single on this day in 2000.

As the title track of Nelly's debut album, "Country Grammar" helped propel the University City MC into the stratosphere. And while there are other songs on that disc that explicitly celebrate St. Louis, "Country Grammar" could be the preeminent celebration of the Gateway City. For goodness sake, the first few seconds of the video features Nelly standing in front of the Gateway Arch in a Cardinals hat!

"Country Grammar" was not Nelly's biggest hit or his most commercially-friendly offering. But it's one of those rare pop songs that managed to remain appealing even after being played a zillion times on the radio or butchered terribly at karaoke bars. Perhaps that's because it has repetitively memorable lyrics ("Let me in now! Let me in now! Bill Gates, Donald Trump let me in now!"). Or maybe it was, more importantly, Nelly's choice to attach a distinct melody to his wordplay.

Video after the break.