(Words and photos by Vikram Singh) 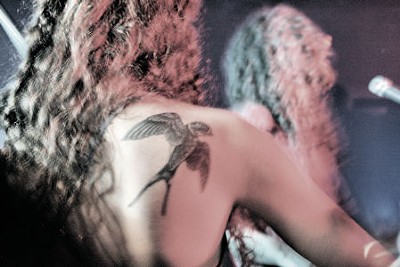 There was an unseasonable chill in the air Tuesday night. Maybe it was just a fluke -- or maybe, just maybe, Montreal's Thee Silver Mt. Zion Memorial Orchestra and Tra La La Band brought a little slice of Canadian weather with them. The seven-piece band included two violins, a cello and an upright bass, filling the Bluebird with the sweeping grandeur of its symphonic post-rock.

The highlight of the ninety-minute set might was the fourteen-minute long "One Million Died to Make This Sound." The song began as male and female vocals softly chanted the title together for several minutes. A cello riff then interrupted them and ushered in a seven-minute attack of guitar, drums, vocals and violins, before the group closed with the same chanting that started it.

The band ended its set with a new song titled "There is a Light." 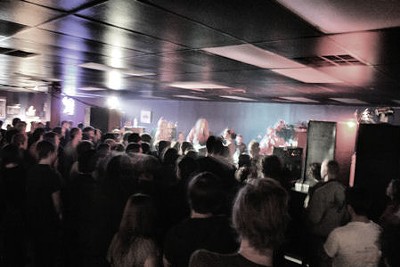