The Ten Worst Christmas Songs. Ever. 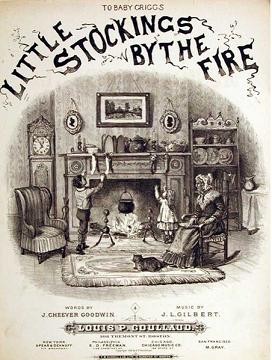 Before we get to the list, I want to make clear that this is not a Christmas-bashing article, but simply a piece listing ten Christmas songs that are so awful they should never be played again for any reason. I love Christmas, I love the season and I love the spirit -- and there is a lot of Christmas music I truly love and I listen to it nearly nonstop in the month leading up to Christmas. Put in Christmas albums by Nat King Cole, Stevie Wonder or even the Peanuts gang, and I'll be content. Before he was struck by lightning and started murdering people, Phil Spector put together one of the greatest Christmas albums ever; any one of its songs could put me in the Christmas spirit.

However, many terrible Christmas songs exist -- songs so truly horrible that their very existence undermines the entire holiday season -- and unfortunately we hear them earlier and earlier every year. Caveat: We won't focus on bad versions of favorites, because there are just too many. We also won't focus on artists such as the Velvet Douche, Michael Bublé, or the rat-faced, Cowardly Lion-voiced Josh Groban, who ruin Christmas just by having careers. We'll also be ignoring, for the most part, novelty songs such as "Grandma Got Run Over by a Reindeer" and "Here's Your Sign Christmas" (two favorites of the chewin' tobaccy set). These are songs that, for some reason, are adored by many and played constantly on the radio.

There are a couple things you can count on when it comes to Harry Connick Jr: Every one of his albums will have a picture of him on the cover, and he will release a new Christmas album every few years. Connick not only has several nice versions of Christmas classics on his three holiday albums, but also has a few worthwhile originals that can put one in a festive mood.

His albums, however, tend to suffer from some versions of classics that take way too many liberties (such as his "What Child is This," which sounds like the nightmare sequence from a Nativity play) and some pitiful attempts at making his own classics. Harry For the Holidays, featuring a come-hither cover pic, includes the seemingly made-up-on-the-spot hits "The Happy Elf" and "I'm Gonna Be the First One," which follow the same formula of sliding repeatedly up and down the scale. The songs sound as if they were written with little more preparation than Wayne Brady's improvised numbers on Whose Line Is It Anyway? Remember those? And if the roller coaster melodies weren't enough to kill the cheer, the lyrics sound as though he stole the fourth- and fifth-place entries in a first-grade poetry contest.

Kenny Loggins loved this terrible title so much, it's also the name of his first solo album. This song is either about an egomaniac who will only come home if his loved ones play his music, or an egomaniac who wants his loved ones to play his music in place of him when he can't be there. (Or both.) It's a song that, like "My Favorite Things," was never meant to be a Christmas song, but was adopted by radio stations and has somehow become one of the most played "Christmas Songs." Despite the fact that it doesn't sound the least bit Christmasy, and the idea of being able to celebrate someone home leaves a worse taste in the mouth than last year's eggnog. How exactly do you celebrate someone home? Is that like listening someone's crappy album into the dumpster?