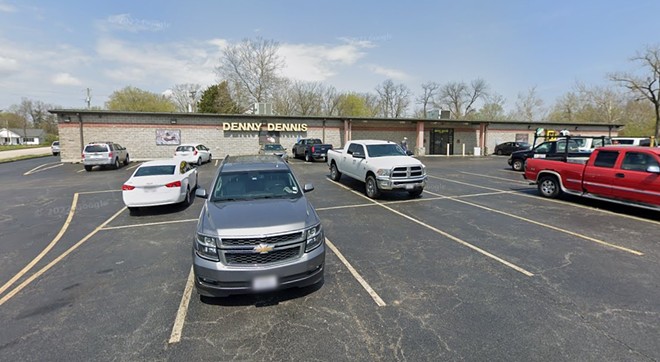 
Brazen thieves smashed through the front door of the Denny Dennis Sporting Goods (1 Gravois Road) store in Fenton yesterday and got away with seven guns.

Located just west of the Meramec River, the popular store advertises a “huge selection of in-stock inventory” on its website and that’s just what the thieves were after.

The general manager of the shop, Sean Mcnamera, told KSDK that store security cameras captured the burglary on video, and it shows five thieves smashing their way into the store around 4 a.m. early Tuesday morning. The video also shows a white sedan (with a possible temp tag) and a black SUV were involved with the crime.

This is the fourth time the business has been burgled since 2018. Denny Dennis was open again later the same day after getting its door fixed.

The Bureau of Alcohol, Tobacco, Firearms and Explosives will work with county police to investigate, but CrimeStoppers is also accepting anonymous tips (and is giving away rewards for good information) at 866-371-8477 in an attempt to keep the guns off of the streets.