After Missouri Inmate Beaten to Death, Family Searches for Answers 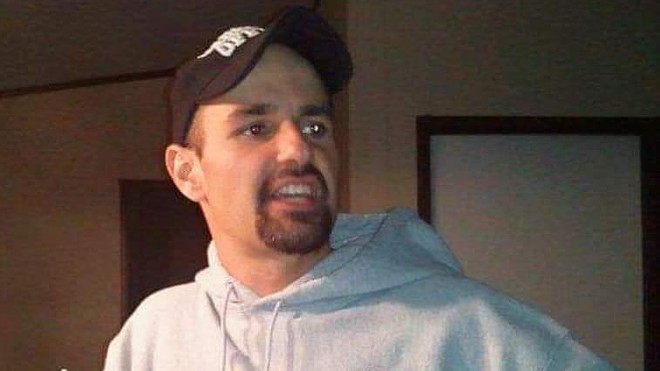 COURTESY OF PAT HEWITT
Joshua Hewitt died in St. Louis on January 11, three days after being assaulted in state prison.

More than a week after their son died in Missouri Department of Corrections custody, Pat and Edie Hewitt are relying on hospital records and organ transplant center employees to piece together what happened.

In an interview with the Riverfront Times, Pat Hewitt says his 43-year-old son Joshua died at Mercy Hospital St. Louis on January 11 after sustaining injuries three days earlier while incarcerated at the Northeast Correctional Center in Bowling Green, Missouri.

Other than those basic details, Pat Hewitt says he is in the dark.

According to Pat Hewitt, his main contact at the MODOC "just flat refuses to give me any kind of information. They wouldn't even tell us the date and the time. We're not even sure when it happened."

MODOC spokesperson Karen Pojmann confirmed to the RFT that "Joshua Hewitt was assaulted at NECC Jan. 8. He sustained serious injuries and was taken by ambulance to a local hospital, where he died Jan. 11. The matter is under investigation by the department and by local law enforcement. Because an active investigation is underway, I’m unable to provide additional details."

The Hewitts say they received a phone call on the morning of January 9 from a MODOC representative telling them that their son had been in an altercation in prison and was currently on life support in St. Louis. Two days later, when Joshua died, Pat says an assistant warden from NECC called to give her condolences.

With the MODOC unable to release any more information pending the investigation, the Hewitts have relied on hospital records and an organ transplant center employee to piece together a rough timeline of what happened to their son. However, that timeline has left the Hewitts with more questions than answers.

Pat Hewitt says he learned through a Mid-America Transplant donor advocate that his son, who was an organ donor, arrived at Mercy a little before 3 a.m. on January 9. The advocate told him that the ambulance from Bowling Green passed two other hospitals on the way to St. Louis because Joshua went into cardiac arrest twice and the EMTs knew he was in need of more advanced care.

It was through a Mercy doctor that Pat learned his son had broken ribs, a broken nose and a "massive head injury."

Pat says that since he knows it takes about 75 minutes to drive from Bowling Green to St. Louis, he's estimating that his son sustained his injuries around midnight. But that's just a guess.

"I'm also concerned about, did this assault take place at six o'clock and he wasn't found until midnight?" Pat says.

Two days later, on January 11, the hospital called again to inform the Hewitts their son had succumbed to the injuries to his head.

Lori Curry, the executive director of Missouri Prison Reform, tells the RFT that the Hewitts are not the only ones who complain about the lack of information when it comes to incarcerated family members. "Communication from the Department of Corrections is always very minimal, whether you’re dealing with a minor medical issue with your loved one or something more serious," Curry says. "It’s a fear we all have, that something will happen to our loved one and we won’t know the details."

Joshua Hewitt had a long criminal history. His father described him as "an alcoholic. He was in and out of prison for the last twenty years, which is pretty much most of his adult life." Pat says that when his son wasn't incarcerated he was at times living on the streets.

In 2012 in Hollister, according to a probable cause statement, he touched a minor's breast through clothing, leading to a conviction for misdemeanor sexual misconduct. He was sentenced to time served, and as part of the plea bargain had to register as a sex offender.

In 2021, he failed to register as a sex offender in Taney County, resulting in a four-year prison sentence. He'd served a little over four months of it when he died.

“Honestly, we always felt better when he was incarcerated," his father says. "We knew he had two or three square meals a day. And he had a place to put his head down every night. We knew exactly where he was at. Ironically, that’s where we lost him.”

Pat says his family is struggling to come to terms with Joshua's death. "I'm coming to the anger stage," he says.

Pat says he wonders if his son's status as a sex offender had something to do with the assault. He also wonders if it might have been gang-related or if it was over an unpaid debt.

"I'm hoping it wasn't over a debt," he says. "Because two incarcerations ago I refused to give him any money. I told him that was it."