Applying for That St. Louis Reality Show for Twentysomethings? Here's Your Competition

Courtesy of Haley Mirabelli.
Here's who is applying for the mystery St. Louis reality show.

After Daily RFT broke the news that a The Hills-style reality television show could be coming to St. Louis, our twentysomething party-animal readers started sending us their applications.

The casting call asks for college graduates or students working their way through college who rage at nights and on weekends with a boisterous group of close friends.

"Do you have champagne taste on a Bud Light budget?" the casting flier asks. Fifteen of our readers e-mailed us to say they do. 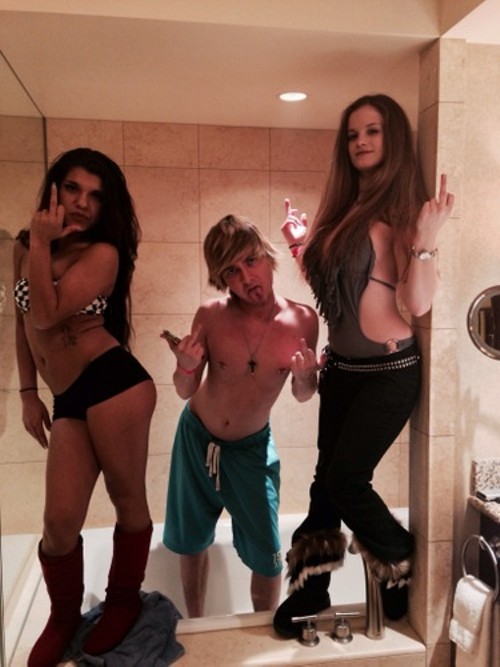 Courtesy of Kenny Beckmann
Kenny Beckmann, a 20-year-old stripper, admits he'll fight anyone who deserves it.

See also: Casting Call: Are You Cool Enough To Be on St. Louis' Crappy Version of The Hills?

Reading your applications was a delight: A south-county barmaid sent us a video of her friends leaving a club at 7 a.m. A male stripper sent us photos of his bloodied knuckles after a fight. Best of all was the 21-year-old Hot Topic employee whose friend is always lying about meeting celebrities and having miscarriages.

Courtesy of Uziel Navarro.
Uziel Navarro wants to be on St. Louis' crappy version of The Hills.

Not everyone wanted us to make their applications public -- especially when they realized it's Coolfire Studios, not Riverfront Times, that's handling casting. But we found a few brave souls willing to share.

Take Uziel Navarro, who calls himself a mix between Wednesday Addams and Mean Girls villain Georgina George (We think he means Regina George). He goes by "Uzi," he's super gay and he wants St. Louis to watch him having fun on the weekends.

Is that a show you'd watch?

Teleah Troy says she is right for the show because she's a big believer in Thirsty Thursday. She likes to go to Quincy, Illinois, to have a good time, even if she seems shy at first.

"I try to make the best out of life ever since I lost my sister," Troy tells Daily RFT. "I see no point in sitting around being unhappy, and I am not that."

Or what about Kenny Beckman, a 20-year-old stripper who lives in St. Charles. He sent us a bloody fist photo. "My friends turn up (to the strip club) everyday," he tells Daily RFT. "We all have been in multiple fights with people who deserve it haha."

Courtesy of Kenny Beckmann
Is this champagne taste on a Bud Light budget?

One of our favorite applicants is Haley Mirabelli, 22-year-old the downtown bartender whose favorite thing to do is get ready to go out on the town.