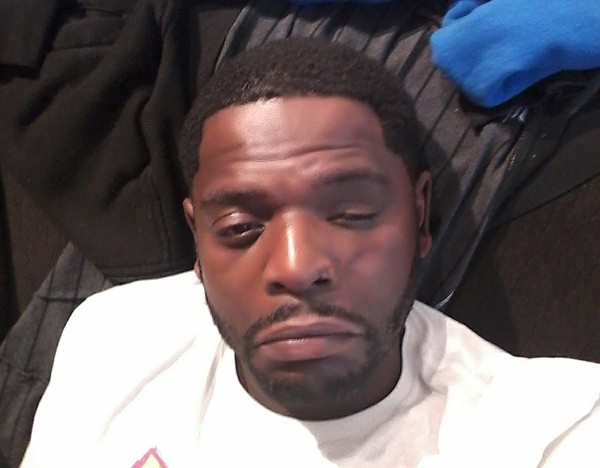 A St. Louis judge has ruled that Missouri's expansive "stand your ground" law protects a former Papa John's worker from conviction for involuntary manslaughter for shooting a man who had used a cinder block to break through the store's front window.

The acquittal of Clinton Eckenrod comes more than a year after he shot and killed Ollice Upchurch outside a now-closed Papa John's location on South Grand Boulevard.

The shooting drew outrage from Upchruch's relatives at the time, but with the verdict from St. Louis City Circuit Judge Jason Sengheiser in the books, the case now appears to highlight the broad scope and consequence of Missouri's self-defense laws, even in a scenario where a shooter went out of his way to confront a perceived threat and later bragged about the shooting, using a racial slur.

As defined by Missouri law, any threat that justifies self-defense must reach the level a "forcible felony," which includes crimes like murder, rape and assault, but also robbery and burglary. In Sengheiser's ruling, which was first reported earlier today by the St. Louis Post-Dispatch, the judge concluded Eckenrodt had indeed been "reasonable" when he decided to shoot Upchurch after the allegedly drunk man attempted to enter the store on June 2, 2018, seemingly in an attempt to buy pizza.

But at 1:30 a.m., that particular Papa John's was only making deliveries and had closed its doors to walk-ins. That didn't stop Upchurch.

According to a summary of the incident included in the ruling, Upchurch "pulled his car onto the sidewalk in front of Papa John's... exited his car, knocked on the door and put his credit card on the glass."

Inside the store was Eckenrodt, who responded to the knocking by opening the door and telling Upchruch that they were closed. From there, the situation quickly escalated. Upchurch tried to block Eckenrodt from closing the door, and then remained outside the store "yelling something at the workers."

In the ruling, Sengheiser wrote that Upchurch left the store, but then returned several times to continue yelling at the workers and that he "seemed more agitated each time he returned."

The last time Upchurch returned, he did so after parking "in the middle of Grand Boulevard." He also had a cinder block with him, which he threw at the store's front window.

The window held. But for Eckenrodt, this appeared to be the breaking point. He fled out a side door and confronted Upchurch just as he was throwing the cinder block into the window for a second time, the judge wrote. Eckenrodt fired three rounds, hitting Upchurch once, "causing him to spin and fall down."

"All of this is happening within a very short time-span of a couple seconds," the ruling noted. "After that [Eckenrodt] did not fire any more shots. Mr. Upchurch got up, went back to his vehicle, drove southwards on Grand Boulevard and collided with a light pole a short distance away."

That's where police would find Upchurch, dead from a gunshot wound. Police then arrested Eckenrodt and attempted to question him later that morning, but the shooter seemed capable only of "rambling somewhat unintelligently to himself about what he just experienced."

In those ramblings, though, were statements that the judge described as "a lot of inappropriate things." At a bench trial last month, the Post-Dispatch's Joel Currier reported that those "inappropriate things" had been quoted at length by city prosecutors. The statements included a racial slur directed at Upchurch, who is black. Eckenrodt is white.

"You straight shot that (slur),” Eckenrodt allegedly said, before seeming to reenact the dialogue and events before he shot Upchurch. "Give me all your pizza. Pow, pow, pow. That was (expletive) sweet. That was like watching a movie, man. … Still think he’s a (expletive) idiot. Pow, pow, pow pow. (Expletive) you. I did everything right. Pop, pop pop. And then he goes down. This guy is a piece of work. Pop, pop, pop."

But those racist "ramblings," Sengheiser wrote in his ruling, "did not alter [the Court's] belief that he was acting in self-defense at the time of the incident."

Sengheiser justified acquitting Eckenrodt by citing Missouri's self defense laws, which were expanded in 2017 as part of a statewide bill that also eliminated the need for a permit to carry a concealed weapon. That bill strengthened what's known as Missouri's "Castle Doctrine," which states a person has no "duty to retreat" when they "reasonably believe" that deadly force is needed to protect their lives.

The issue, then, comes down to whether Eckenrodt's actions were reasonable in the moments leading up to the shooting. Sengheiser wrote that, at the time, police had not yet arrived after multiple 911 calls and that Upchurch had "continually escalated his threats" and attempted to enter the store.

Although Sengheiser discounted Eckenrodt's "inappropriate statements" recorded by police, the judge added that "It is also notable" that the same Papa John's location had been robbed only days before the shooting, during an incident in which a robber had put a gun to the manager's head.

In that case, Sengheiser wrote, Eckenrodt was in a walk-in cooler and had not not tried to intervene. The judge concluded that prosecutors had not proven that Eckenrodt had acted unreasonably, and therefore acquitted him of the charge of involuntary manslaughter.