The 900 page, mostly redacted file says that police pulled Seals over at the request of FBI 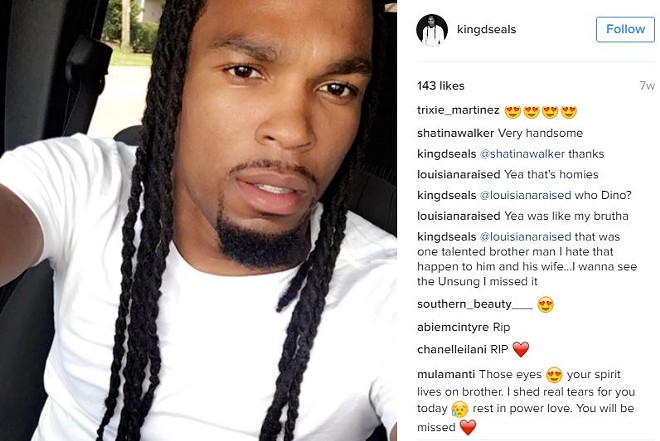 via Instagram
Activist Darren Seals who was killed in 2016.

A previously classified, heavily redacted FBI file shows that the agency opened a file on Darren Seals before his death.

Seals was an activist from Ferguson who came to prominence during the protests following the 2014 killing of Michael Brown. In September 2016 he was found shot and killed in his car, which had been set on fire. The murder has never been solved.

In the file, the FBI refers to Seals as "a self-described revolutionary who has espoused somewhat militant rhetoric and has access to weapons."

Seals, who was 29 when he died, suffered numerous gunshot wounds throughout his life. In the wake of the 2014 protests he gained national attention for his anti-violence activism, with a focus in particular on combating police brutality.

Seals was outspoken in his criticism of national Black Lives Matter organizers and activists, whom he accused of getting rich off the name of Michael Brown while doing little for the area of St. Louis where Brown came from.

The FBI file shows Seals was under some level of FBI surveillance, though to what extent is unclear. The file on Seals runs over 900 pages, but around 860 of those pages were fully redacted. The remaining 45 or so pages still had significant partial redactions.

Notations in the file indicate that much of the redacted text pertains to "investigative techniques and procedures" as well as private information about people other than Seals.

According to the report, at one point Seals was "investigatively detained" during a traffic stop conducted by police at the request of the FBI.

That detention, which the report says lasted about 20 minutes, seems to be referring to a traffic stop that occurred June 8, 2016.

When police pulled him over, Seals was driving his 2012 Jeep Wrangler with a companion whose name is redacted.

The specific police agency working with federal law enforcement is redacted as well. The report does indicate that an FBI agent and a U.S. Marshal assisted in the stop.

A search of Seals' car turned up nothing.

Law enforcement told Seals there were warrants out for his arrest but then let him go.

The investigation into Seals would be reviewed by the field office's chief division counsel "at least semi-annually," the file says.

One partially unredacted page records Seals' death. But like the vast majority of the document, its meaning is largely hidden behind redactions.

"SEALS was found shot to death and burned in his known vehicle on 9/6/2016. [redacted] Police Department is investigating the matter as a homicide," the report says. "The investigative plan will be to [redacted] homicide of SEALS because it is anticipated that violent protests may be generated by his death as conspiracy theories are already forming that Seals was killed by the police because of his black lives matter affiliations."

Seals was not the only Ferguson activist to meet a tragic fate at a relatively young age. Talk of conspiracy has surrounded his death since it happened.

Seals’ FBI file was provided to the RFT by St. Louis-based activist James Cooper, who said he requested it two years ago from the agency using the Freedom of Information Act. FBI files typically become public records after a subject’s death.