GOOGLE MAPS
Hazelwood School District is now asked for all properties to be tested.

In one big swoop, the Hazelwood School District Board of Education radically changed its approach to dealing with radioactive contamination that might be lurking on school properties: moving from ignoring it and hiding information as to its whereabouts from the public for years — to now practically shouting about it from the rooftops.

Yesterday night, the school board voted unanimously to ask the U.S. Army Corps of Engineers to test nearly 30 district schools and support buildings, and the land surrounding them, for radioactive waste particles emanating from North County dump sites linked to America’s nuclear weapons programs in the 1940s, 1950s and 1960s.

In addition, the board resolution asks all local, state and federal lawmakers to pressure the federal government to pay for all testing and cleanup costs if necessary.

The board action occurred one week after a district contractor asked for permission to begin testing for radioactive waste at the Hazelwood Central High School football field. The request came after a retired janitor at nearby Jana Elementary School — closed since October because of concerns over radioactive waste — told school officials that soil from Jana could have been moved to the field in the 1990s to level it.

Hazelwood Central Football Field Could Have Radioactive Contamination: An engineering firm is requesting permission to do further tests


Board member Cheryl Latham noted on Tuesday night that local elected officials are quick to show up at the school board meetings when a photo op is set to take place.

But when it comes to difficult issues, such as Hazelwood’s radioactive waste dilemma, it’s a different story, Latham said.

“Where are they now?” she said. “Where. Are. They. Now? For me, I want to make sure that we are screaming to the mountaintop, to whomever will listen, that they need to bring some resources to the North County Community … All of these legislators that we vote for — time to go to work. It’s time to go to work.”

The school district’s sudden embrace of transparency and widespread testing of school properties represents a 180-degree turnabout from only six months ago.

For at least six years, school board members and administrators knew the Army Corps suspected radioactive waste contaminated Coldwater Creek and the land surrounding nearby Jana Elementary School. For six years, the school district and Corps stonewalled the public from learning about the efforts to test for the waste.

The school district’s abrupt change of heart can be credited to Christen Commuso, a community outreach specialist for the Missouri Coalition for the Environment.

For years, the Corps and district had refused to publicly disclose the results of testing on Jana school grounds and along the banks of Coldwater Creek. Finally, in the spring of this year, Commuso filed a federal Freedom of Information Act request with the Corps. The information she received in May showed the presence of radioactive waste. In June, Commuso disclosed this information to the Hazelwood School Board, triggering the first in a series of difficult decisions.

One of the most difficult centers on the fate of Jana Elementary. The district ordered it closed in mid-October and its nearly 400 students sent to five other grade schools while the school board ponders whether to keep it closed long term. 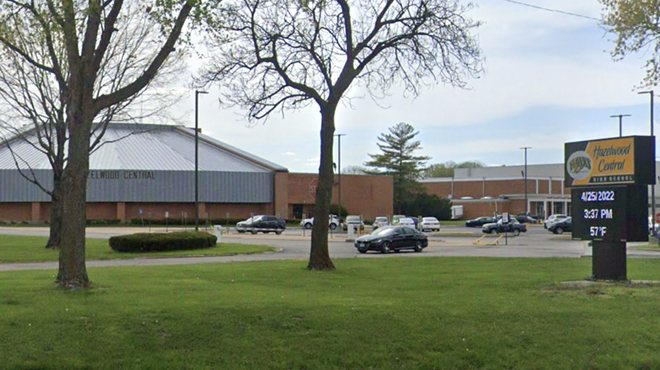 Hazelwood Schools Want All Properties Tested for Radioactive Contamination: The school district wants to secure financial support for testing and, if necessary, cleaning up the properties


The board ordered Jana shut after a report drafted by a private company, Boston Chemical Data, indicated dangerous levels of radioactive waste both inside the school and on its surrounding soil. The waste emanates from nearby Coldwater Creek, which was contaminated by Mallinckrodt Chemical Co. as part of its nuclear weapons work for the federal government during the 1940s and 1950s.

But, in November, testing performed by both the Corps and a school contractor, SCI Engineering, indicated Jana is safe.

Ashley Bernaugh, the president of the Jana Parent-Teacher Association, lauded the school board for its new willingness “to figure out where the needles are in the haystack.”

But she slammed the school district on the rollout for the new five-school rezoning plan for Jana students, calling it “abysmal” because parents were not involved in its planning and execution.

“So if we continue to ignore the public, to ignore the input and experience of our parents, we are doing a disservice to our entire community,” Bernaugh said. “We believe transparency is the best way to go. The most positive way we can move forward.”

During a 30-minute debate over the wording of the resolution, some board members indicated they wanted testing prioritized as to property location, with those closest to Coldwater Creek being the only properties tested.

Betsy Rachel, the board president, pushed for universal testing.

“Because of the possibility of dirt being moved here or there, or flying off trucks — literally all of North County could be contaminated,” she said during Tuesday’s meeting. “I think if we test all of our school properties, that is the best way to ensure we’ll find anything.”

“And we move together,” Rachel said.

“And we move together,” Taylor said. “Amen.”