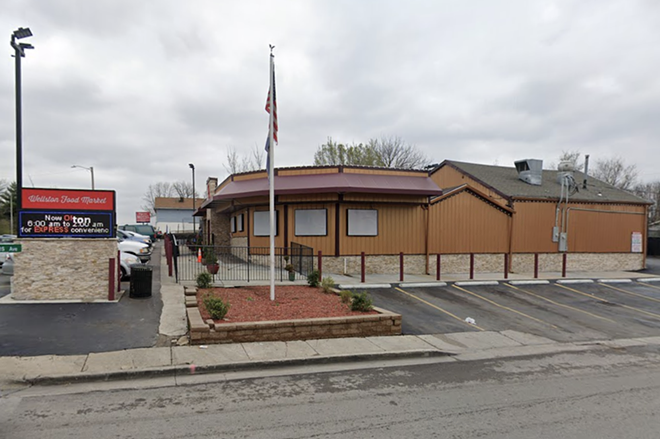 Google Maps
There was a shoot out on Friday, May 27, at Wellston Food Market.


The North County Police Cooperative reports that there was a shoot-out on Friday, May 27, that left three people injured after a person open carrying an AR-15 was robbed at gunpoint.

The individual went inside Wellston Food Market on 6250 Page Avenue open carrying the semi-automatic rifle, but did not use it in a threatening manner and left the store. Outside of the store, shortly before 3 p.m., an adult male confronted the individual, brandished a weapon and demanded the AR-15.

The individual handed over the assault-style rifle, but then went to a vehicle and retrieved another gun. A shootout ensued. Two innocent bystanders were struck during the shootout, and the adult male who had initiated the robbery was struck several times by gunfire. According to police reports, the robbery victim left the scene and then another male returned moments later and shot the individual who had initially taken the rifle.

When police arrived on the scene, they found an adult male with several gunshot wounds lying in front of the store in critical condition. Reports say the bystanders were not critically injured.