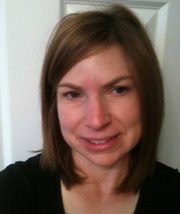 Liz Stajduhar-Perigen worked as secretary to Bishop Sigillito
Martin Sigillito, a Clayton attorney and American Anglican bishop accused of running a $66 million Ponzi scheme, is now defending himself at his federal trial by blaming the secretary who blew the whistle on him.

(See our original feature that broke the story and follow-ups).

The secretary, Liz Stajduhar-Perigen, went to the FBI in May 2010 with documentary evidence of her employer's activities, now known in court filings as "the British Lending Program" that, over a decade, allegedly scammed 150 victims on multiple continents.

The former secretary's hands are not exactly clean, it appears: Right before Sigillito's trial, Stajduhar-Perigen pleaded guilty to tax offenses relating to $300,000 that she herself stole from Bishop Sigillito.
Sigillito is now claiming that his secretary's betrayal and subsequent FBI seizures caused the British Lending Program to collapse, not any wrongdoing on his part.

Prosecutors countered this version of events in a motion filed over the weekend. Even if such a claim is true, they maintain, it's totally irrelevant to the mail and wire fraud charges aimed at Sigillito. His fraud was already complete once he lied to people and received their investments. The program's disintegration, whatever the cause, would've happened after the fact.

The bishop is also claiming that the prosecution has wrecked his marriage. He plans to call his wife, Margaret Finan, to testify on his behalf (she has clerked for U.S. district judge Henry Autrey; that conflict of interest is why an Iowa judge is presiding over the trial).

The assistant U.S. Attorneys handling the case believe the marriage angle is irrelevant.

Another aspect of the defense strategy: Sigillito and his attorneys are also hoping to call a "large number of character witnesses."