New details explain how the argument escalated into a gun battle 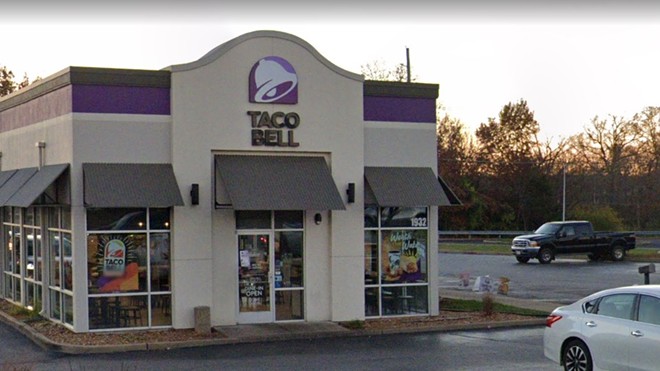 Google Maps
The Taco Bell in Arnold where the shoot out occurred.

More details have come to light regarding the shootout that occurred over the weekend at an Arnold Taco Bell involving a drive-thru customer and an employee.

A probable cause statement from the Arnold Police Department says that 24-year-old Herbert Harris got into an argument with a customer, identified only as SW, over the drive-thru speaker after SW, 46, grew angry over not being served food. 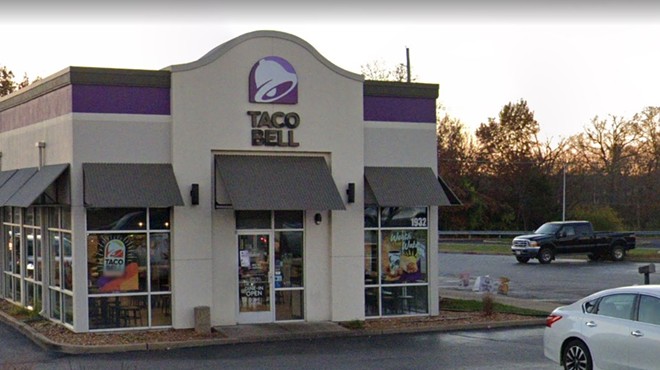 Taco Bell Employee, Customer Exchange Gunfire in Arnold: The customer was shot several times in the leg. The employee took a bullet to the groin

Harris allegedly exited the Taco Bell and went onto the drive-thru where he and SW continued their argument face to face.

"During the argument Harris threatened physical harm to SW and requested to fight him in the drive-thru," the statement says.

SW refused to fight, and Harris went back into the Taco Bell.

SW was unable to leave the drive-thru, as he was stuck in line behind another car, with a concrete wall to his right and the Taco Bell itself to his left.

Harris allegedly re-emerged from the Taco Bell, this time with a firearm in his waistband.

"SW's girlfriend, MR, tried standing between Harris and SW who was still seated inside the drive seat of his vehicle," the statement says. "Harris smacked MR on the side of her face and pushed her away from SW."

Harris then told SW he was going to get into the passenger side of SW's car.

At this point, fearing for his and his girlfriend's safety, SW exited his vehicle with his own weapon "held down against his right leg," the probable cause statement says.

Harris allegedly "produced" his own gun from his waistband at which point SW fired his gun, the bullet striking Harris in his right leg.

Leader Publications previously reported that both men were taken to an area hospital where they were being treated for non life-threatening injuries.

Court records indicate Harris has been charged with two counts of assault and one count of armed criminal action.