The $519 million windfall is from the Rams leaving St. Louis for LA 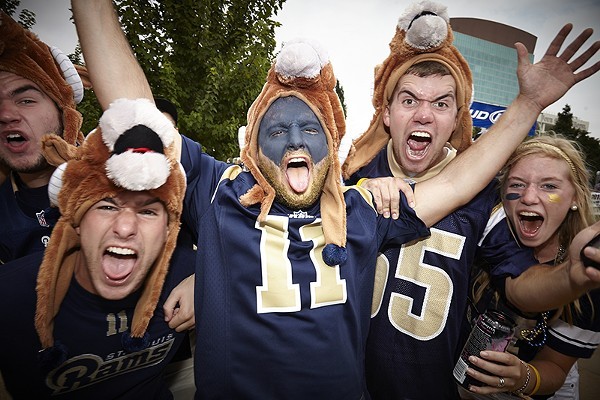 St. Louis city, county and the St. Louis Regional Convention and Sports Complex Authority reached an agreement today on how to split the $519 million settlement from the Rams relocation to Los Angeles.

St. Louis city will receive $280 million, with $30 million of that committed to the Convention and Visitors Commission. St. Louis County will receive $169 million; and the RSA, the public agency that owns the Dome at America's Center, will receive $70 million.

Hartmann: St. Louis Needs To Think Outside the Box with Rams Windfall: Creating a network of mental-health centers would be a great place to start


For those good at math, that leaves $41 million leftover. But the city has been allocated an additional $30 million dollars that the Board of Aldermen can vote to give to the convention center expansion project by June 30. If the money doesn't go to the convention center, the RSA would be entitled to receive the funds by the end of July.

According to the settlement, any remaining money above the amounts listed here will be split on a pro rata basis with all of the parties.

Last November, St. Louis reached a $790 million settlement with the NFL and Stan Kroenke over the Rams' move from downtown St. Louis to Los Angeles. After nearly $300 million in attorney fees, the rest of the settlement was plopped in an account with no clear plan on how to divide the funds .

Each party involved had different stakes in the game, so agreeing on how to split the money was not easy. Even now, the settlement isn't final. The RSA must take the agreement to its board for approval.