Photo from Court Documents
DeLeo Barner is accused of living in Germany under another man's identity for 30 years.

A 59-year-old man from St. Louis admitted to one count of passport fraud after State Department agents discovered him living in Germany for the past three decades under a false identity — a name he stole from another St. Louisian.

DeLeo Barner entered a plea agreement in May in which he acknowledged that he used a passport obtained by false statement and that he acted knowingly and willfully.

He was supposed to be sentenced in federal court today but the hearing was canceled last minute due to the judge being sick.

The St. Louis-born Barner joined the military in 1981 after high school. According to a court filing from his attorney, he wanted to "escape the violence plaguing" his hometown.

He was dismissed from the military in 1984 for "missing a readiness alert." The misconduct was minor enough that it did not warrant a court martial but serious enough that he could not re-enlist.

Barner, who was in his early 20s, was devastated.

"He arrived back home to a St. Louis that was even worse from the one he had left. Many of the friends he went to school with were dead or in prison," according to filings from his attorney.

Two of his friends died from gun violence in his first three weeks back home.

Barner joined the military again, this time under the name of Joel Sanders.

The exact method by which Barner stole Sanders' identity is unknown, though court documents say he "obtained" the identity "from City Hall in St. Louis" in the 1980s.

While serving in the U.S. military he was stationed in Berlin, Germany, for six years, earning multiple medals, including one for good conduct. He received a medical discharge in 1988.

He remained in Germany and for the past 30 years has worked for security firms there. He built a civilian life as Joel Sanders. At the time of his arrest had a German girlfriend and eight kids, six of whom still reside in Berlin.

According to court documents, "None of [Barner's] children bear his real name, and the process of explaining all of this to his family was excruciating."

Filings by the prosecution suggest Barner was cited by police in Berlin for criminal infractions, though his defense disputes the reliability of those records. 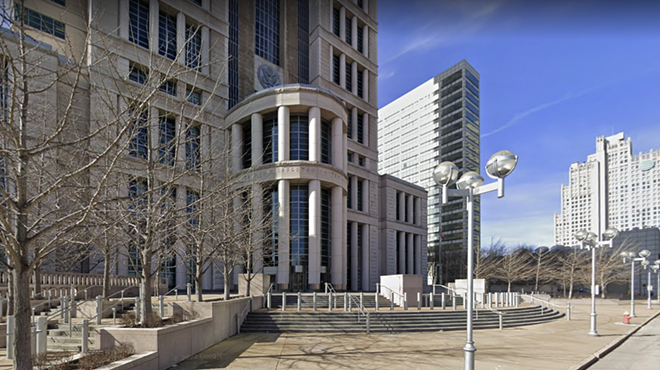 According to court filings, Barner renewed his passport using Sanders’ personal information several times during his time in Berlin.

Barner's life as Joel Sanders came to a screeching halt in June 2018 when the real Joel Sanders, the man whose identity Barner stole, applied for health insurance and was told that, as a veteran, he should contact the Veterans Administration.

However, as far as Joel Sanders knew, he'd never served in the military.

State Department agents interviewed Barner in Berlin in June 2019. Initially, Barner showed the agents his Joel Sanders passport and claimed it was his true identity. But, according to court filings, "When confronted, defendant admitted his true identity (i.e. Deleo Antonio Barner) and explained that he obtained J.S.'s identity from City Hall in St. Louis, Missouri, in the 1980s."

He was charged with passport fraud and aggravated identity theft and was brought back to the United States to stand trial.

The count of aggravated identity theft was dropped as part of the plea agreement.

According to court documents, Barner could face 6 to 12 months in prison.

Barner's sentencing hearing has been reset for September 9.