The 20-acre park would be located in the Ozarks 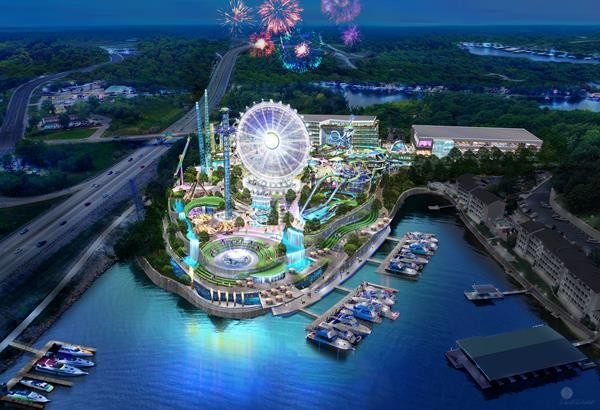 Skyview Partners
A 20-acre, $300 million amusement park could call the Ozarks its home

A $300 million amusement park could be coming to Missouri.

Plans for the park, known as Oasis at Lakeport, were submitted to the City of Osage Beach last week. It would include amusement rides, hotels, restaurants, a Ferris wheel, an amphitheater, a marina and a boardwalk — all on lakefront property.

The 20-acre property, located in the Ozarks near Highway 54, is developed by the Des Peres-based company SkyView Partners, along with Tegethoff Development. SkyView has built the Atlanta Observation Wheel and the Bay Plunge Tower on Fisherman’s Wharf in San Francisco.

Missouri Lieutenant Governor Mike Kehoe said in a statement that he expects the amusement park to bring more than 500 jobs to the state.