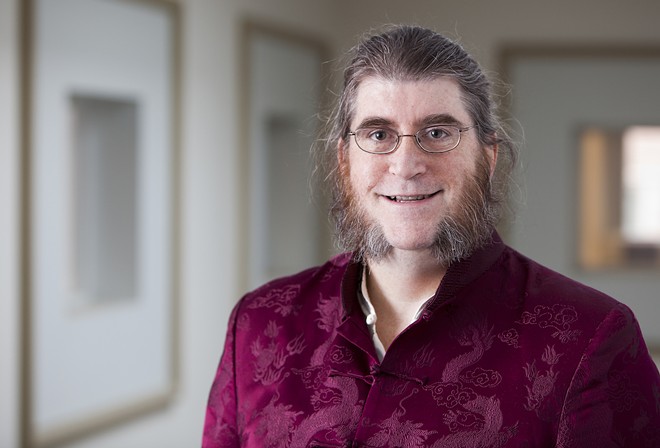 The allegations started circulating online not long after Dybvig's Nobel Prize win was announced. One former graduate student at Olin Business School posted her story on WeChat, a popular Chinese social media platform in Chinese. The student is from China. The student newspaper Student Life has now spoken to the student and others who shared stories about interactions with Dybvig.

None of the students are named in the Student Life story.

Dybvig did not respond to the newspaper's requests for comment. Andrew T. Miltenberg, a lawyer who is representing Dybvig, declined to comment to the paper.

The university's Vice Chancellor for Marketing and Communications Julie Flory, told Student Life that Dybvig had been on an approved leave since July 1 and that the university takes "sexual misconduct very seriously and that we will investigate any allegations that are reported to the university."

The former graduate student at center in the Student Life story told the paper that Dybvig pulled her into his lap, gave her an inappropriate gift, touched her hand on a couch and messaged her on Facebook that he missed her smile.

The student said the interactions made her uncomfortable.

The student, who Student Life referred to only as Z, said that the inappropriate behavior began when Z attended a welcome party for the graduate program. While chatting with Dybvig, who speaks Chinese, someone suggested they all take a picture. The student says Dybvig pulled her into his lap.

“In that moment, I felt a little bit weird, but I thought he was just being very nice or friendly so I didn’t think too much of it,” she said. “I was thinking, ‘Oh maybe that’s just how American people are."

Later, Z got invited to Dybvig's office, where he gave her a box of chocolates. He started touching her hand and telling her she was very pretty, the student says.

According to Z, Dybvig continued to email her, but she was uncomfortable and did not agree to meet with him again. With no response, Z says she thinks she remembers getting an email from Dybvig chalking the interaction up to a misunderstanding.

After she graduated, Z says she received another message from Dybvig saying that he missed her smile. In response, Z said she blocked the professor.

Z never reported what happened to the university because she said that as a Chinese international student she tried not to make trouble to avoid getting kicked out of school, and thereby the U.S.

The paper shared other stories from former students. One told Student Life that her husband, who had graduated from Olin Business School, heard that an economics professor there was "constantly harassing Chinese international students" and that this professor had the best chance of getting a Nobel Prize.

Another student in the university's law school, whom Student Life referred to as Y, said she'd been uncomfortable when Dybvig wrapped his fingers around her waist while they were taking a photo. She said she later avoided situations where she'd have to interact with him.