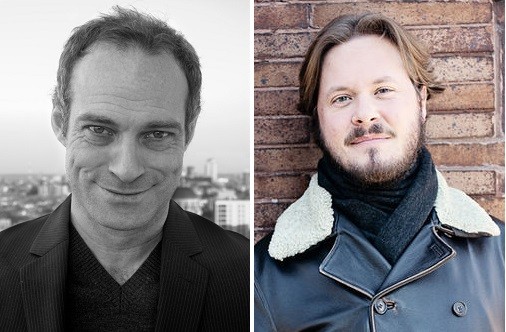 We're excited here at Riverfront Times to announce the addition of two new contributors for 2014. Actually, in the case of one of them, "newish" contributor is more appropriate.

Malcolm Gay worked as an award-winning RFT staff writer from 2004 to 2007 before going on to serve as a regular contributor for the New York Times and freelancer for publications such as The Atlantic and Washington Monthly. Gay is currently at work on a book about neuroscience and technology under contract with Farrar, Straus & Giroux. In his current role for Riverfront Times, he'll provide reviews for what used to be our "Stage" section. That section will now be expanded to include critiques of visual arts and other cultural events of note. This week Gay reviews Opus, currently on stage at the Repertory Theatre of St. Louis.

Riverfront Times is also pleased to have Chris Naffziger penning weekly articles about St. Louis architecture and its history for our news blog, Daily RFT. For the past seven years Naffziger has been writing similar stories (2,000-plus and counting) for his award-winning blog St. Louis Patina. Last week Naffziger made his RFT debut with a post exploring the grand and Gothic churches of north St. Louis. Today he returns with an article on two of the great mausoleums of Bellefontaine Cemetery and the feuding beer families (not named August or Busch) who remain squared off for eternity.