The St. Louis-based Glaser made the reality TV show greater than the sum of its cliches 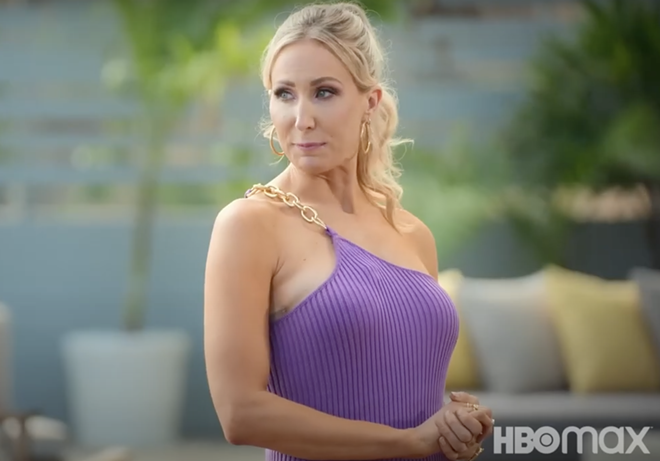 Let's all say goodbye to one of the better guilty pleasures on TV.

Yesterday came the news that HBO Max had pulled the plug on FBoy Island — and St. Louis-based host Nikki Glaser — after two seasons, news that was both largely inevitable and also deeply disappointing.

Inevitable because last spring's Warner Bros. Discovery merger meant HBO Max had no need for unscripted programming like this. Disappointing because this show — and Glaser — were ridiculously fun to watch, and we aren't ready to say goodbye.

The idea behind the show was pretty simple: Stick three gorgeous ladies in a mansion on a beach (Grand Cayman for season one, Cabo San Lucas for season two). Then surround them with a bevy of hot men vying for their love, and let the sparks fly.

Now, you could argue that's true of all reality TV shows, 20 years after The Bachelor debuted. We all know the jig, even if we're not yet ready to fully give it up. FBoy Island succeeded because it both mocked the genre and took it to its outer limits. Unlike its more traditional rivals, it refused to let its bad boys seduce the women and break their hearts even while denying its own complicity. Instead it mocked the boys, it tormented them and even changed the rules at the very climax just to mess with them. It was unabashedly on the side of the women, not the supposed fairy tale — and how refreshing was that to watch?

And did we also mention that Nikki Glaser was a total hoot? The Des Peres-raised comedian has not-so-secret ambitions to be more than just a jokester — she's dabbling in a kind of Brene Brown-style self-help message, and so even as she expertly mocks the conventions of reality TV (whipping on her Serious Glasses when things get serious, playing therapist for the damaged bros in the show's version of purgatory, "Limbro"), she's also life-coaching the contestants: She wants the girls to stop falling for fboys. She wants the boys to stop fucking around. She wants people to avoid the mistakes that she made, and that they seem determined to just keep making. For the rest of us — the less good-looking versions watching from our couches far from Cabo — FBoy Island was the cautionary tale we needed.

One could be embarrassed to have watched both seasons — or one could give Glaser, and the producers, credit where it's due. It was pretty great TV. We just hope Glaser can find for her next star turn in a vehicle just as worthy of her talents. She deserves it — and we want to watch.