Neighborhood historian Joseph DeGregorio shares his knowledge in The Hill: A Walk Through History 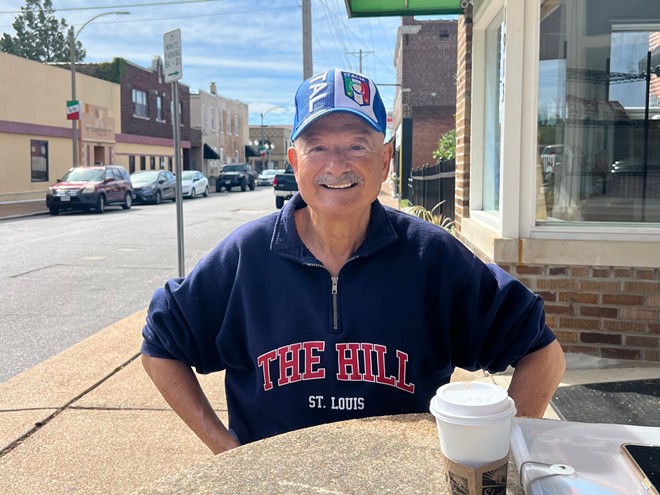 Kasey Noss
Joseph DeGregorio is the author of The Hill: A Walk Through History.

Want to get to know the Hill better but don’t have time for a guided tour?

Look no further than The Hill: A Walk Through History, a self-guided walking tour of St. Louis’ Italian neighborhood by Hill resident and veteran tour guide Joseph DeGregorio.

The book, which will celebrate its official launch at 5 p.m. today at Oliva on The Hill (4915 Daggett Ave, 314-899-6271), takes readers on a five-part tour of the historic neighborhood. Each stop is accompanied by a photograph and brief history told from DeGregorio’s unique perspective as both neighborhood historian and lifelong resident. Fun facts, maps and additional photographs are interspersed throughout the book. 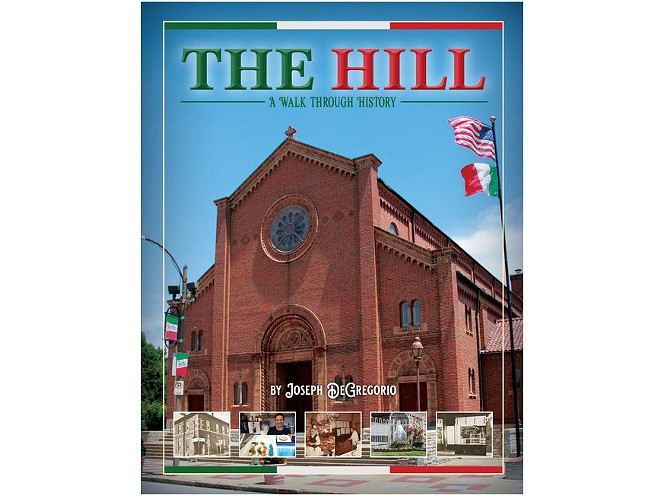 “The concept is to provide the reader with a self-guided walking tour of the neighborhood,” DeGregorio says. “I’m speaking out as myself in the book, not just writing rote, historical facts, and so I do have some unique things in there.”

Among those unique things are local anecdotes about baseball legend and Hill native Yogi Berra and asides featuring DeGregorio’s own family history on the Hill. For example, his aunt, Jo Signorino, was the first baby to be baptized at St. Ambrose after its completion in 1926.

Though The Hill: A Walk Through History is DeGregorio’s first solo venture, he has been featured in many other histories of the neighborhood, including the coffee table book The Hill: St. Louis’s Italian American Neighborhood and the award-winning documentary America's Last Little Italy: The Hill.

Joseph’s father, Roland DeGregorio, was a mailman, first-generation Italian-American, and active member of the Hill community. He was also, as a friend of his put it, “the town gossip columnist” — he had developed a small habit of reading residents’ mail. Upon retiring, Roland became the neighborhood’s de facto tour guide, fielding impromptu questions from passersby. Soon after, he began leading official tours, which he continued to do for 25 years before Joseph took over 17.

“It’s been 17 years now, and I’ve been loving it ever since,” DeGregorio says. “I branched out from my father — I do culinary tours now, sports-only tours, specialty tours, prohibition-era tours. He told me the stories, and I’ve picked up a lot of stories from other people I've interviewed over the years, and I went through some archives that we have as well. I just kept building and building it and just loving it.” 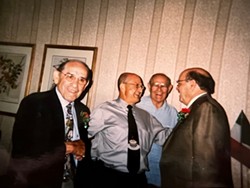 Courtesy Photo
From left: Yogi Berra, Joseph DeGregorio, Charlie Riva and Joseph Garagiola at a reunion of the sports club, the Fawns, that they all belonged to.

The book comes at a time of significant demographic change for the Hill. The neighborhood has attracted many young families due to its charm and safety. As the older population dies out, an increasingly greater proportion of Hill residents are non-Italian, posing what some view as a threat to the heart of the neighborhood. DeGregorio has a different view.

“What we have today [on the Hill] is a lot of reconstruction going on, a lot of new homes you would see in wealthy suburbs popping up, a lot of remodeling,” he says.

The book is dedicated to DeGregorio’s 10-year-old grandson, Henry, who he says is his inspiration to continue his tours and other Hill-related projects. DeGregorio, who was diagnosed with a rare, stage IV intestinal cancer a little over six years ago, views this book as his legacy — not just to his only grandchild, but to his beloved community.

“I'll be around for a few more years,” he says, “but I tell people without hesitation: it’s my legacy.”

Check out The Hill: A Walk Through History’s official launch party at 5 pm. on Wednesday, October 5, at Oliva on the Hill.