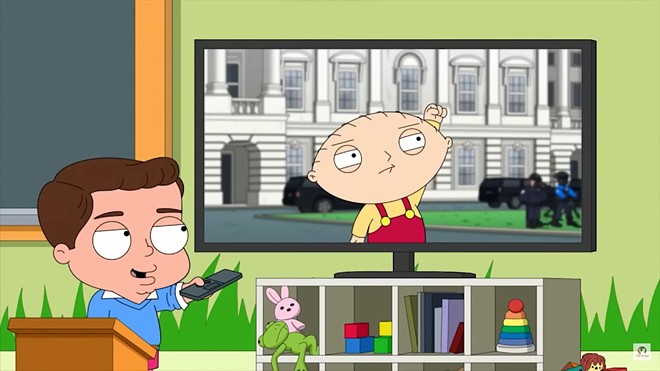 One of America's least-favorite senators just received a much-needed swipe.

In a recent episode, Fox's Family Guy poked fun at Missouri Senator Josh Hawley for his cowardice during the Capitol insurrection.

Remember the viral moment that so satisfactorily displayed the senator's true colors after the January 6 committee played a clip of Hawley running from the very mob he cheered on minutes before? It was a prime moment for comedy (at least, if you disregard the fact that this man is supposed to represent us all).

On Sunday's Family Guy episode, titled "The Candidate," Stewie and his classmate Doug battle for the role of "snack captain" at their preschool. Doug played footage of the incident during the class debate, in which Stewie was shown running away from insurrectionists along with Hawley. Doug also displayed a photo of Stewie pumping his fist in solidarity with the angry mob outside the capital; a call to the now-infamous image of Hawley doing the same. 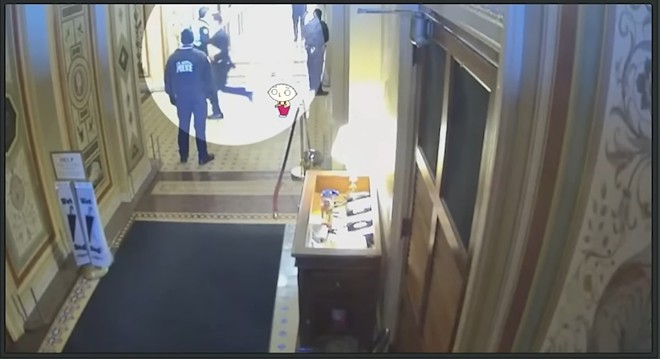 Screenshot via YouTube
*A Flock of Seagulls "I Ran" plays*

"Wow, what a little bitch," a teacher commented. The humiliating nature of the footage alone could have cinched a victory for Doug, but the preschooler promptly pooped his pants afterward during a bout of laughter.

"What a godsend!" Stewie explained, thinking the display could redeem his campaign. "We'll call him Poopy Doopy Doug. He'll never shake it!"

But the nickname only humanized him. It made him more relatable, and Doug surged in the preschool's polls.

Hey, Hawley, in exchange for this less-than-flattering post (not to be so rash as to assume anything could dent your soaring ego), we'll call you "Poopy Doopy Hawley" from now on. It'll make you more relatable. You're welcome.