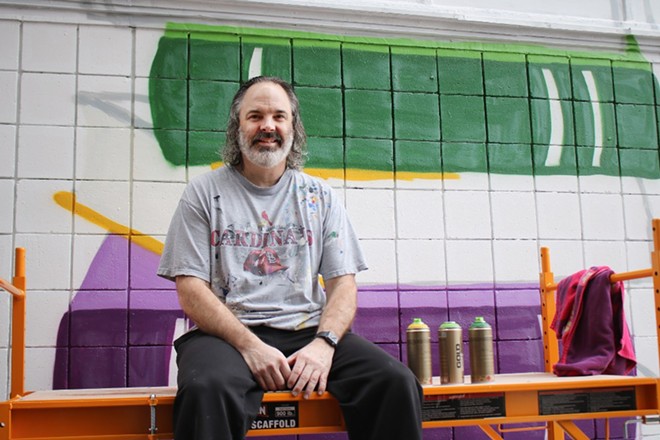 David Ruggeri admits he doesn’t read as much as he used to. When it comes to his personal rage about book bans, he brings up his kids.

For his two sons who attend St. Louis Public Schools, “reading has always been important” he says. St. Louis Public Schools is one of many Missouri districts that has removed books from its shelves in response to a new state law that bans explicit materials in schools. School libraries statewide have swiped at least 300 books such as The Handmaid’s Tale or a graphic novel adaptation of the "Gettysburg Address." “Hearing the stories about the books taken out of their library is concerning,” Ruggeri says. “We always tell them how important it is to be able to gather your own information and make your own decisions.”

Ruggeri wanted to find a way to fight back, to somehow give a metaphorical middle finger to Missouri’s legislature for making schools pull seemingly benign books.

Ruggeri, an associate professor at the University of Missouri – Columbia and artist by trade, turned to the best way he knew how: art.

This week, the artist began work on a new mural on the exterior of Dunaway Books (3111 South Grand Boulevard) in Tower Grove South to bring attention to books banned in Missouri. 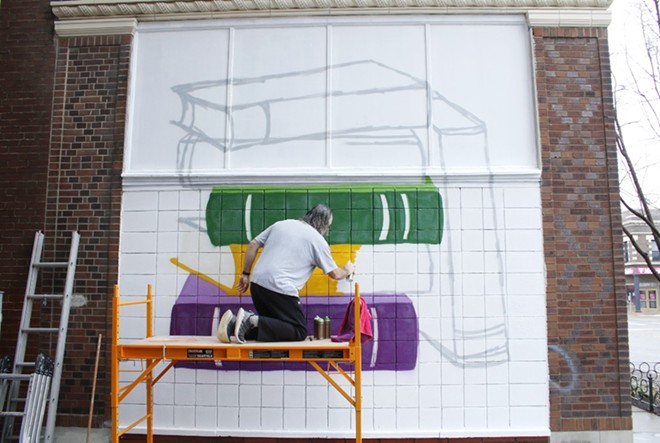 The idea for the mural was Ruggeri's; he reached out to Dunaway Books owners Kevin Twellman and Claudia Brodie to pitch the concept.

“Everybody should have a discussion about [banned books], or at least be aware of it,” Ruggeri says.

Dunaway Books manager Vernon Bain has worked at the store for 11 years and been a reader for “well over 50 years.”

Not since the '60s and early '70s can Bain recall a time when readers faced such censorship. Back then, some circles frowned upon reading Helter Skelter: The True Story of the Manson Murders and the work of beat poets that were pushing the envelope.

“You need to understand both the good and bad in the world to really gain a full understanding of what’s going on,” Bain says. “The only censorship there should be in this country is between a parent and a child.”

Ruggeri’s mural will be a stack of banned books and will emulate a mixed media piece he made earlier this year from the pages of banned books. As of Wednesday morning, the artist had painted the outline of six books. Which banned books will be featured is yet to be determined.

The completed mural will be visible to people traveling north on South Grand Boulevard and should be finished by the end of the week, according to Ruggeri.