The Best Things To Do in St. Louis During the Weekend, September 2 to September 4 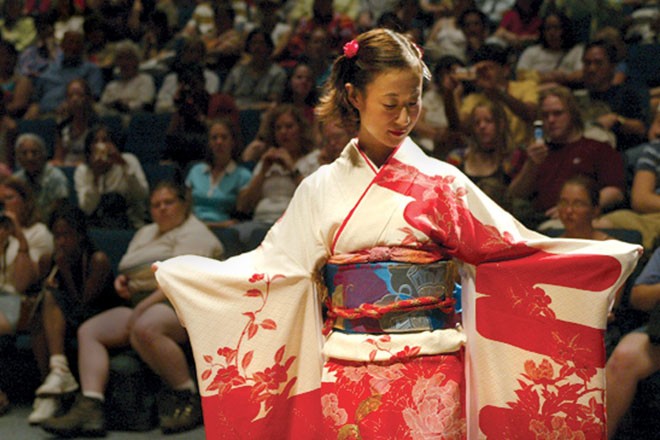 As much fun as it is to travel outside of St. Louis, residents don't need to in order to sample some culture from around the world this weekend, not to mention all the other fun events on deck. So grab your calendars and start planning! 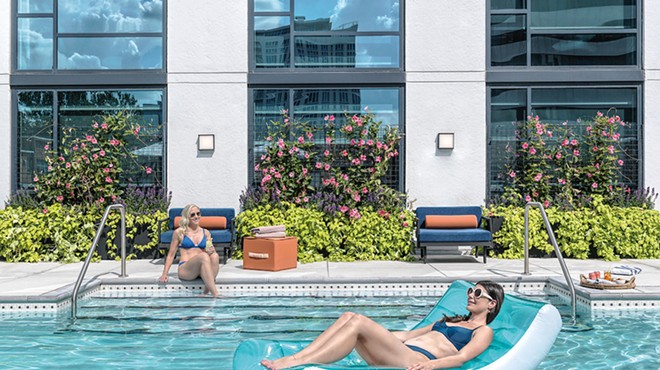 The Best Things To Do in St. Louis During the Week, September 1 to September 7: Get outside this week

Steve Truesdell
St. Nicholas Greek Festival brings delicious Greek fare to St. Louis.
Labor Day weekend kicks off with what's billed as St. Louis' largest ethnic festival: the St. Nicholas Greek Festival. The festival has gone on for decades, and this year's delights will be no different. Sample authentic Greek food and catch some live Greek music — or take it a step further and dance your heart out. The festival encourages you to "be Greek for a day," and you'll feel like you're on the islands with this festival. The gift shop even has souvenirs imported from Athens. The church offers tours for guests; "ooh" and "aah" at the historic church's architecture and beautiful iconography. The St. Nicholas Greek Festival kicks off on Friday, September 2, at 5 p.m. at the St. Nicholas Greek Orthodox Church (4967 Forest Park Avenue, opastl.com). It's free to attend and runs through Monday, September 5.

Amateur and professional cyclists take on four races in some of St. Louis' iconic neighborhoods at the Gateway Cup. On Friday, September 2, is the Tour de Lafayette in Lafayette Square. Tour de Francios Park (Francis Park) is on Saturday, September 3, and Giro Della Montagna is Sunday, September 4 in the Hill. Finally, Monday, September 5 is the Benton Park Classic. The event is incredibly spectator friendly, cyclists race in a 1 mile+ lap, meaning cyclists are whipping past every few minutes. For more information visit gatewaycup.com.

You know that one scene in Tangled where the whole reason Rapunzel leaves the tower is to go see the lanterns in the sky? Well, get psyched, because that festival is happening here — but the lanterns will be floating instead of soaring. The Water Lantern Festival travels to different cities and is coming to St. Louis this week.Each festival attendee designs a lantern, which are all launched as the sun sets. Don't worry about the environment — the festival will take care of lantern retrieval and water cleanup. Each ticket comes with a wristband for entry, a floating lantern kit, an LED candle, a commemorative drawstring bag and a marker. The Water Lantern Festival is at Creve Coeur Lake (13725 Marine Avenue, waterlanternfestival.com/stlouis.php). Gates open at 4:30 p.m. Saturday, September 3. Tickets cost $45 in advance and are $55 on the day of the event. 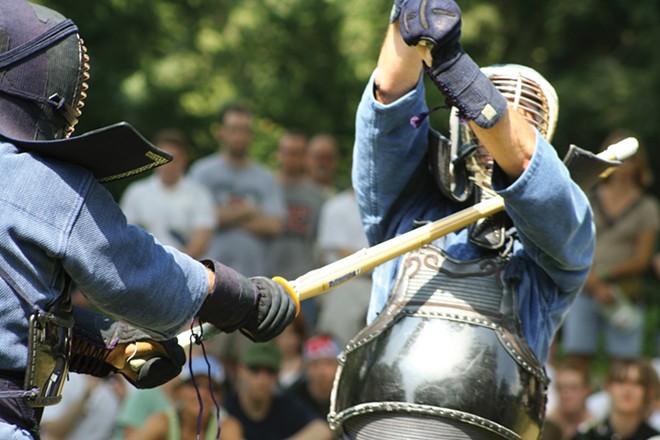 COURTESY OF MISSOURI BOTANICAL GARDEN
The Japanese Festival is in full swing this weekend.

Celebrate and learn about the history of Japan at the Japanese Festival this weekend. The Missouri Botanical Garden has been putting on the event since 1977, and it features collaboration with several local Japanese American organizations. Authentic Japanese music, food, entertainment, art and dance will be on display, including sumo wrestling, tours of the garden and candlelight walks. Guests can peruse a variety of merchandise for sale. Food vendors include Drunken Fish, PokeDoke, Red Apron and more. The Japanese Festival takes place at the Missouri Botanical Garden (4344 Shaw Boulevard, events.missouribotanicalgarden.org/japanese_festival) on Saturday, September 3, and Sunday, September 4.

Gone are the days of having to keep the music down in your parents' basement as the radio played Alanis Morissette or Mariah Carey. But '90s music cannot be contained any longer. In accordance, Ballpark Village is hosting a '90s dance party following the Cubs vs. Cardinals game. Fool House puts on the event and will pay homage to the "golden era" of boy bands, pop, hip-hop and pop punk artists. Sing along or learn the choreography to your favorite tunes of the '90s. Music by the Spice Girls, St. Louis' own Nelly, Blink-182, the Backstreet Boys and more are all on the roster. The '90s Dance Party starts at 4 p.m. Sunday, September 4, in the Together Credit Union Plaza (601 Clark Avenue). It's free to attend.