Himalayan Yeti's New Lunch Buffet May Be One of the Best Bargains in St. Louis 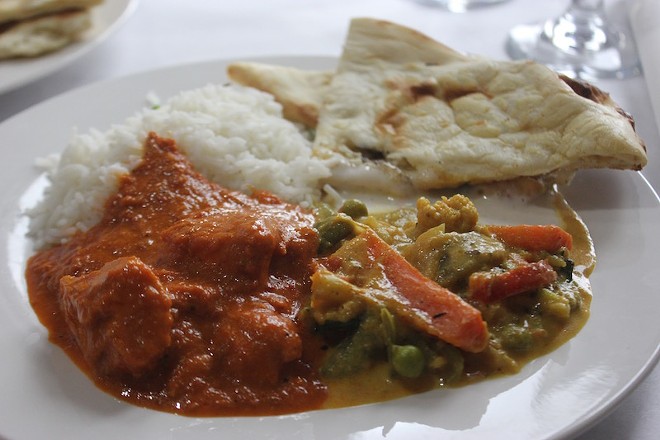 PHOTO BY SARAH FENSKE
The buffet at Himalayan Yeti (3515 S. Kingshighway, 314-354-8338) is available seven days a week, all you can eat, for the price of $9.99. It's a good deal that becomes even better when you realize it includes soup, a tossed green salad and even dessert — so, basically, three courses, and all of them ready for the eating the minute you walk in the door. Hot tea is also included.

As for the dessert, it's those sticky sweet balls known as gulab jamun, which gives you some idea of the offerings at this buffet. These are classics that will be instantly familiar to anyone who's dined at an Indian restaurant in the U.S. — a basic biryani, chicken tikka masala, veggie korma, palak paneer.

But owner Dipak Prasai and his crew don't scrimp. Unlike some other Indian buffets we've tried in town, this one includes plenty of meat — on our recent visit, we found tandoori chicken kebabs and a flavorful lamb dish in addition to the chicken tikka masala. Veggie pakoras were also on offer, as well as a fragrant okra dish and intensely spicy achar, a type of delicious Indian pickle.

The restaurant, located just south of Tower Grove Park on a strip known more for auto parts stores than good dining options, opened its doors just three weeks ago, taking over a spot that was a Vietnamese place and, before that, a Long John Silver's.

The buffet has already proven quite popular.

"It's been pretty busy," Prasai tells us. "More than we expected." On a recent weekend lunch we spotted some tables of Indian families, a few hungry solo diners, a mother with her elementary school age son and a few tables of first responders.

And perhaps that's why our server assumed without asking we wanted the buffet — instead of offering a menu, she told us the buffet was open and to help ourselves. Those looking for a more curated experience, however, need not worry: The full menu is still available. You just have to ask.

In addition to standards from the subcontinent and a vegetarian sampler dish, that menu includes four "Chef's Specialties" from Prasai's native Nepal. You can order a goat curry, which the restaurant helpfully warns comes complete with bones; the Aloo Bodi ra Tama Ko Tarkari, which features potatoes, black-eyed beans and bamboo shoots; or momo, a dough-wrapped Nepalese treat that come either steamed or fried, with vegetable or with chicken. Prasai especially recommends the momo, saying that it's not available at many other places.

Even these specialties are quite affordable, topping out at $12.99 for the goat curry or the chicken momo. On the Indian side of the menu, too, just about every dish is less than $14.

The dining room is no-frills — a plain room that's almost a bit too quiet, other than the flastscreen TV on one wall. Tables fill the dining area, with a few limited booths along the bar. The fast food setup is still evident even though the restaurant is now full service; you can pay your bill at the counter where people used to order hush puppies and fried fish specials.

Prasai says he's applied for a permit allowing outdoor seating; by the time it's nice outside again, Himalayan Yeti should also be offering a full patio. For now, though, there's plenty to eat — and you definitely won't break the bank to do it.

PHOTO BY SARAH FENSKE
The dining area is a single room, and no fuss.
click to enlarge 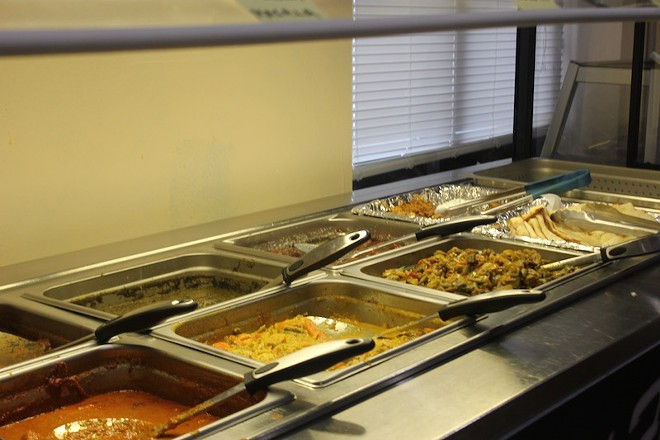 PHOTO BY SARAH FENSKE
A buffet features all the normal Indian standards, along with a salad bar featuring tossed salads in addition to the usual raitas and sauces.
click to enlarge 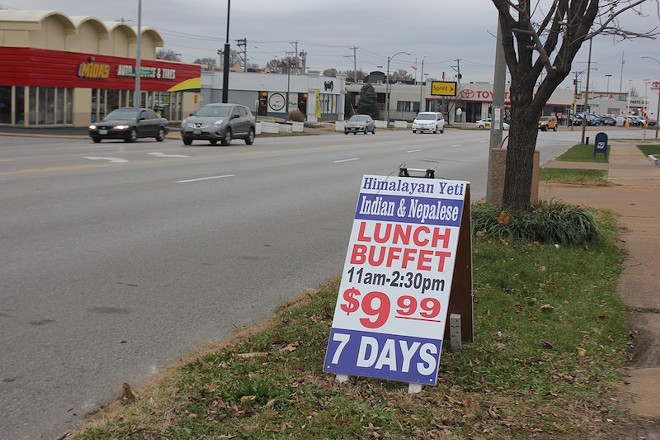 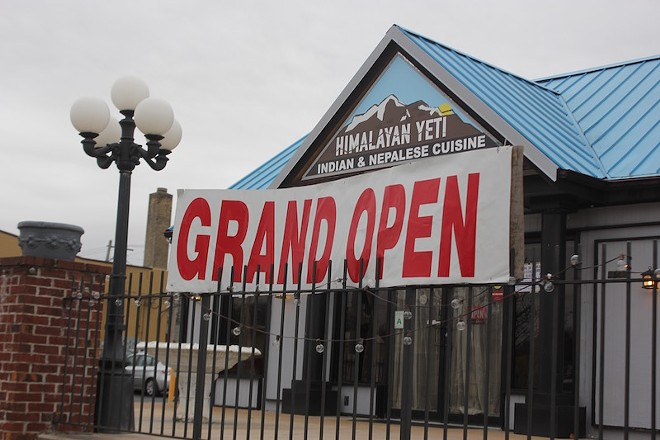