Did Congresswoman Ann Wagner Eat a Booger on Live Television? 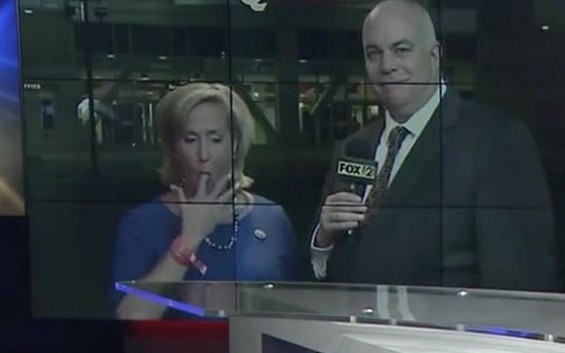 UPDATED at 4:29pm. Last Friday, St. Louis's own distinguished US Congresswoman Ann Wagner may have launched an independent probe of her nose, then eaten it. On live TV.

The occasion was a segment on Fox2Now (Channel 2) in which analysts discussed the previous evening's Republican debate on Fox News.

About 22 seconds into the clip, our representative from Missouri's 2nd District (the southern and western suburbs) appeared to go for the gold then hide the evidence in her mouth.

Was it a pick, or a scratch? Some of our readers on Facebook are arguing that it was neither: That Wagner first did a booger check, then, in rapid succession, used her finger to remove excess lipstick so that it wouldn't get on her teeth.

You be the judge! Here's the segment. h/t Chuck Westover