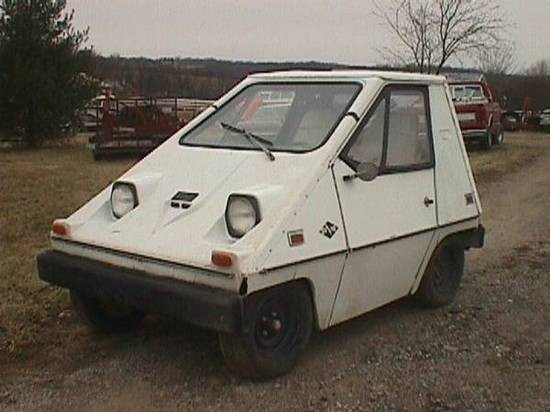 Before the Nissan Leaf, the Chevrolet Volt or Tesla Motors, there was the Vanguard CitiCar.

Only about two thousand CitiCars were ever made, and one of them is for sale on St. Louis Craigslist.

"The electric car is nothing new; you think it is, but it isn't," says Louis Klingert, who is selling the car in Villa Ridge. "You'd have thought it would take off, but Americans were into power and consumption. Fuel wasn't expensive then."

The trapezoidal car came out in 1974, just as the Arab oil embargo ended, bringing down the price of gas. After just three years and 2,206 cars sold, the makers went bankrupt.

CitiCars cost $3,000 in 1974 -- or $14,175 today, adjusting for inflation -- half the price of a typical car at the time, according to a New York Times article that describes the car as "shaped like a cheese wedge on a golf-cart chassis."

The electric car only needs eight six-volt batteries to run. It doesn't go faster than 45 miles per hour, but it's designed for a city dweller who makes short trips within a 40 mile range.