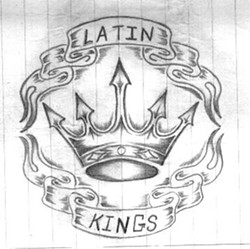 A southwestern Illinois man claims he shot in self defense when a 17-year-old gang-banger attempted to break into the home where he was staying Tuesday night.

Law officers, however, tell another story. They say the 38-year-old shooter fired at the teen from a distance of 75 to 100 feet away. And -- they say -- the teen wasn't trying to break into the house. He was shot while spray painting graffiti on the garage in the backyard.

The incident occurred unincorporated Collinsville just down the street from the Fairmount Park race track. The teen was found a few blocks away near the intersection of Collinsville Road and Black Lane and rushed to a St. Louis hospital with a wound to his chest and back.

According to the St. Clair County Sheriff's Department, the teen is a member of the Latin King street gang and a resident of St. Louis who's known to frequent St. Clair County. The sheriff's department says the teen purchased three cans of spray paint earlier that day in Collinsville. He's currently listed in stable condition at the hospital.

Sheriff deputies have arrested the 38-year-old man who fired the shot on charges of aggravated battery with a firearm. They say he is not the owner of the residence, but rather friend of the homeowner who was staying at the home.