Xavier Brown was sentenced to nine years in prison 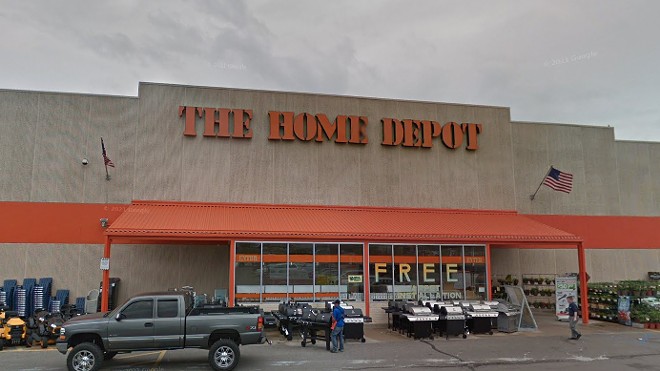 A north county man who stole more than 2000 items from various Home Depot locations was sentenced to nine years in prison in federal court in St. Louis yesterday.

From 2017 to 2021, Xavier Brown, of Vinita Park, routinely shoplifted items from the stores in 20 different states, including Missouri, and returned the items without a receipt.

According to his indictment, Brown "made more than 2,000 separate non-receipted returns to The Home Depot."

In total, those thefts amounted to $598,036 worth of merchandise.

Brown exchanged the items for store credit or gift cards.

The gift cards could then be sold elsewhere for cash or used with the credit to buy larger items that could easily be resold to a third party.

Brown was indicted in April 2021. As his case made its way through the system, he penned numerous motions to the court on his own behalf. The motions suggest he subscribes to beliefs similar to those of the "Sovereign Citizen" movement, whose adherents claim the federal government have no authority over them.

Brown was found guilty of four counts of wire fraud in May.

“There’s a reason that the saying ‘Crime doesn’t pay’ has stood the test of time. Xavier Brown hid his scheme by defrauding Home Depot in different states until it caught up to him,” Acting Special Agent in Charge Mark Dargis of the FBI St. Louis Division said in a statement. “As soon as Home Depot detected Brown’s suspicious activities, the business contacted the FBI which resulted in today’s nine-year sentence in federal prison.”