Story of the Year, Tech N9ne to Play Inaugural Pig and Whiskey Festival 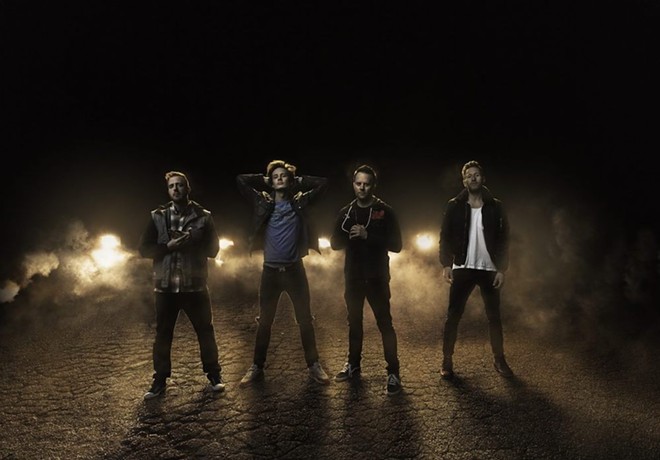 VIA STORY OF THE YEAR
Tech N9ne, Story of the Year (pictured), Sebastian Bach, FireHouse and Jack Russell's Great White join many local favorites for the first ever Pig & Whiskey on August 19, 20 and 21.

Block party is a phrase that gets thrown around to describe a lot of shows, but Riverfront Times and Schlafly Beer have been hard at work building the biggest street festival Maplewood has ever seen. Presenting the first annual Pig & Whiskey, a family-friendly celebration of beer, BBQ and bourbon with live music by national artists Tech N9ne, Story of the Year and many more. The free event begins on Friday, August 19 and runs through Sunday, August 21 at Schlafly Bottleworks (7260 Southwest Avenue, Maplewood; 314-241-2337).

If this all seems a bit sudden, don’t worry, that’s by design. Summer in St. Louis is typically a sweltering season filled with festivals and big events around every corner, so who are we to spend months hyping up a show when there are so many to look forward to this year? For starters, the music lineup sells itself — and that part is free and open to the public.

Pig & Whiskey kicks off Friday, August 19 at 5 p.m. with an opening set by the School of Rock House Band, which is a music program that gives students under 18 an opportunity to join a gigging band comprised of fellow students from the school. Jack Russell’s Great White and FireHouse will close out the kick-off party with a one-two punch of glam metal and ‘80s nostalgia. 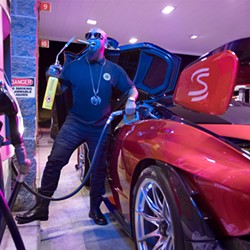 VIA TECH N9NE
Rapper Tech N9ne will be performing at Pig & Whiskey
This three day festival will feature food from many of the region’s favorite barbecue joints including Stellar Hog, Navin’s BBQ, BEAST Butcher & Block, Five Aces Bar-B-Que and Dukes BBQ Shack. Many of the vendors will be offering vegetarian options.

Exceptional adult libations will also be on hand including Schlafly beer, craft cocktails and a whiskey row (where you can find all the styles: scotch, whiskey and bourbon). Get ideas for your own cocktails and cooking at the mixology and chef’s stage.

While you have to be over 21 to imbibe, Pig & Whiskey is a family-friendly event that includes a kid zone complete with bounce houses, video games and an opportunity to try out musical instruments provided by School of Rock. Adults (and older kids) can also attain bragging rights amongst their family and friends by riding the mechanical bull.

St. Louis’ own Story of the Year made headlines in 2021 when its record Page Avenue was certified Platinum by the Recording Industry Association of America. This year the hometown heroes are set to share the stage at Pig & Whiskey with Kansas City hip-hop giant Tech N9ne to close out the Missouri-centric event on the evening of Sunday, August 21.

While the lineup is still expanding, we are happy to share with you the full list of headlining acts along with a few of St. Louis’ hometown heroes who will appear on stage for this all-out party to cap off a memorable summer in the river city. Think of it like a Missouri state fair — except cool.