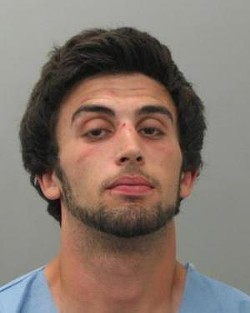 The ordeal began Saturday night, when police in St. Louis County attempted to pull over a stolen pick-up truck. That truck was allegedly driven by Clampitt, who rammed the cruiser and then fled. Police later recovered the truck, which had stolen weapons inside, but Clampitt was long gone.

Someone tipped off the police that their suspect was holed up at the Motel 6. Clampitt refused orders to leave the room, and rather than force the issue and risk injury to anyone, police attempted to negotiate with him. After three-and-a-half-hours of that process, tactical officers took the motel and Clampitt surrendered peacefully.

Clampitt is currently in police custody. His bond has been set at $50,000.