Viola STL, one of the few Black-owned dispensaries in St. Louis, held its grand opening Monday 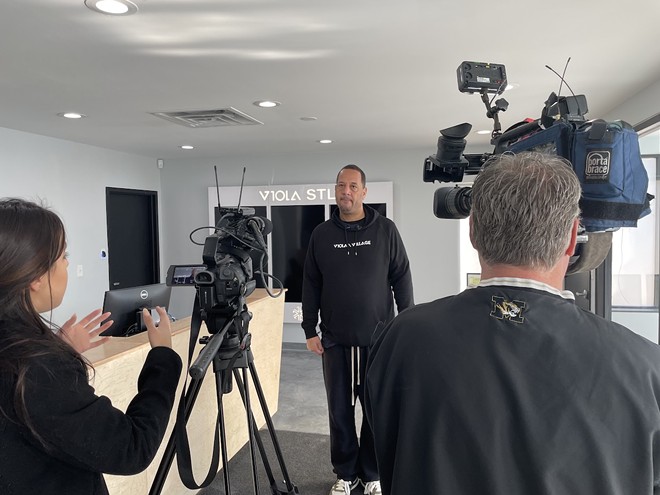 Viola STL (2001 Olive Street, violabrands.com), a new dispensary located across from Citypark Stadium, held its grand opening on Monday, doubling the number of Black-owned dispensaries in St. Louis from one to two.

The dispensary is owned by former NBA players Al Harrington and Larry Hughes, who played together on the New York Knicks from 2009 to 2010, as well as Abe Givins and Dan Pettigrew. Hughes is a St. Louis native, who grew up in Carr Square Village — not far from where his dispensary is — and played basketball at Saint Louis University.

“For me, St. Louis is home,” Hughes says. “So bringing different opportunities, different industries to the area is something that I pride myself on.”

The location was also important. “We’re the only dispensary in downtown St. Louis,” says co-owner Pettigrew. “We just love the neighborhood. I’ve been to the soccer stadium and all the construction around you can really see the development of the area.” This is Viola STL’s anchor dispensary, but a second one is scheduled to open January 27 at 3420 Iowa Street in the Cherokee district. 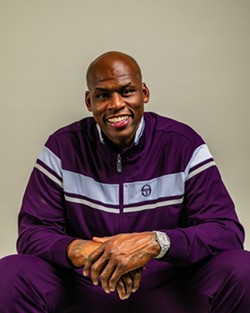 COURTESY PHOTO
Al Harrington started Viola after marijuana helped his grandmother's glaucoma.
That dispensary will include a drive-thru. Each location will employ about 20 people. There are also plans to open a cultivation facility in St. Louis that would bring even more jobs to the region.

Harrington started Viola in 2011. It is named after his grandmother, who struggled with glaucoma.

“[Harrington] was playing in Denver at the time and cannabis was a really huge endeavor,” says Abe Givins, co-owner and operator of Viola MO, the company behind Viola STL. “He asked her did she smoke, and she was like, ‘Boy, I ain’t smoking no reefer. I’m a church lady.’” He convinced her to try it though, and when he went to check on her after a while, she told him this was the best she’d been able to see in 10 years.

Harrington decided to learn more about marijuana and open a business. With Viola he’s rolled out a line of products and opened dispensaries and cultivation facilities across the country.

Harrington and Hughes view the cannabis space as a way to help people. “I’m always looking for business opportunities that provide help,” Hughes says. “And from the medical space, flower has many benefits. We’re talking about alternative ways to be healthy.”

Since its early days, Viola has also worked to bring more Black entrepreneurs into the cannabis industry. 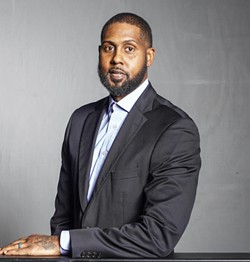 COURTESY PHOTO
Larry Hughes met Harrington when they were playing together on the New York Knicks.

At Viola’s groundbreaking two years ago, Harrington said he’s proud that the company is entirely Black owned. “Right now [cannabis] is a new trillion-dollar industry, and we don’t have any representation. And that’s a huge issue. So me and Larry coming together are trying to obviously fight that. We’re trying to use our platform to create opportunities for people of color to be able to participate in this industry because there’s generational wealth at risk.”

Harrington taught Givins about the industry so he and Hughes could open Viola STL. He also created the Harrington Institute and Viola Accelerator to help minority entrepreneurs learn the ropes of the cannabis business. In St. Louis, Hughes hopes Viola can create more minority Cannabis entrepreneurs by putting minorities in leadership and management roles and teaching them about the plant.

“For us, it’s an opportunity to help St. Louis out,” Hughes says, “but at the same time bring others along with us.”

Benjamin Simon contributed to this reporting.

Rosalind is the editor-in-chief of the Riverfront Times. She formerly worked for Washington University's alumni magazine and St. Louis Magazine. In 2018, she was selected as a Rising Leader of Color by the Theatre Communications Group. In 2014, she was selected as an Emerging Leader by FOCUS St. Louis. Her work...
Scroll to read more Weed News articles (1)